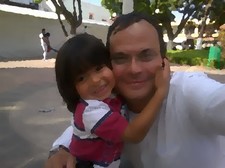 This will prevent нєνєℓ from sending you messages, friend request or from viewing your profile. They will not be notified. Comments on discussion boards from them will be hidden by default.
Sign in to Goodreads to learn more about нєνєℓ .

See all 65 books that нєνєℓ is reading…

“People think anxiety makes you nervous all the time, and it can, but no one ever talks about how it makes you angry.”
― Talia Hibbert, Take a Hint, Dani Brown
5 likes

“Now that I’ve forgiven myself, the reminders of him only make me smile.”
― Colleen Hoover, Reminders of Him
289 likes

“The same song was playing the second I met my ex–best friend and the moment I realized I’d lost her.

I met my best friend at a neighborhood cookout the year we would both turn twelve. It was one of those hot Brooklyn afternoons that always made me feel like I'd stepped out of my life and onto a movie set because the hydrants were open, splashing water all over the hot asphalt. There wasn't a cloud in the flawless blue sky. And pretty black and brown people were everywhere.

I was crying. ‘What a Wonderful World’ was playing through a speaker someone had brought with them to the park, and it reminded me too much of my Granny Georgina. I was cupping the last snow globe she’d ever given me in my small, sweaty hands and despite the heat, I couldn’t help imagining myself inside the tiny, perfect, snow-filled world. I was telling myself a story about what it might be like to live in London, a place that was unimaginably far and sitting in the palm of my hands all at once. But it wasn't working. When Gigi had told me stories, they'd felt like miracles. But she was gone and I didn't know if I'd ever be okay again.

I heard a small voice behind me, asking if I was okay. I had noticed a girl watching me, but it took her a long time to come over, and even longer to say anything. She asked the question quietly.

I had never met anyone who…spoke the way that she did, and I thought that her speech might have been why she waited so long to speak to me. While I expected her to say ‘What’s wrong?’—a question I didn’t want to have to answer—she asked ‘What are you doing?’ instead, and I was glad.

“I was kind of a weird kid, so when I answered, I said ‘Spinning stories,’ calling it what Gigi had always called it when I got lost in my own head, but my voice cracked on the phrase and another tear slipped down my cheek. To this day I don’t know why I picked that moment to be so honest. Usually when kids I didn't know came up to me, I clamped my mouth shut like the heavy cover of an old book falling closed. Because time and taught me that kids weren't kind to girls like me: Girls who were dreamy and moony-eyed and a little too nice. Girls who wore rose-tonted glasses. And actual, really thick glasses. Girls who thought the world was beautiful, and who read too many books, and who never saw cruelty coming. But something about this girl felt safe. Something about the way she was smiling as she stuttered out the question helped me know I needn't bother with being shy, because she was being so brave. I thought that maybe kids weren't nice to girls like her either.

The cookout was crowded, and none of the other kids were talking to me because, like I said, I was the neighborhood weirdo. I carried around snow globesbecause I was in love with every place I’d never been. I often recited Shakespeare from memory because of my dad, who is a librarian. I lost myself in books because they were friends who never letme down, and I didn’t hide enough of myself the way everyone else did, so people didn’t ‘get’ me. I was lonely a lot. Unless I was with my Gigi.

The girl, she asked me if it was making me feel better, spinning the stories. And I shook my head. Before I could say what I was thinking—a line from Hamlet about sorrow coming in battalions that would have surely killed any potential I had of making friends with her. The girl tossed her wavy black hair over her shoulder and grinned. She closed her eyes and said 'Music helps me. And I love this song.'

When she started singing, her voice was so unexpected—so bright and clear—that I stopped crying and stared at her. She told me her name and hooked her arm through mine like we’d known each other forever, and when the next song started, she pulled me up and we spun in a slow circle together until we were both dizzy and giggling.”
― Ashley Woodfolk, When You Were Everything

“I know you put a lot of stock in the fact that you're better now, that you handle things, that you cope, but coping takes a lot out of a person, too, and handling things doesn't mean never struggling or slipping up.”
― Talia Hibbert, Take a Hint, Dani Brown
2 likes

Polls voted on by нєνєℓ