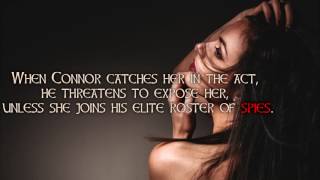 She lives a glitter-filled life in Jacksonville, Florida with her two daughters (known collectively as the minions) and a man so wonderful he's been dubbed Mr. Awesome. She loves Disney, Nutella, cat videos and goats dressed up in pajamas. She also loves to travel and attributes her love of history to having spent most of her childhood as an Army brat in Germany.

Sign up for her exclusive newsletter and receive your FREE download of The Highlander's Challenge: https://dl.bookfunnel.com/ff96yjtq8c Madeline Martin is a USA TODAY Bestselling author of Scottish set historical romance novels filled with twists and turns, adventure, steamy romance, empowered heroines and the men who are strong enough to love them.

She lives a glitter-filled life in Jacksonville, Florida with her two daughters (known collectively as the minions) and a man so wonderful he's been dubbed Mr. Awesome. She loves Disney, Nutella, cat videos and goats dressed up in pajamas. She also loves to travel and attributes her love of history to having spent most of her childhood as an Army brat in Germany.

Sign up for her exclusive newsletter and receive your FREE download of The Highlander's Challenge: https://dl.bookfunnel.com/ff96yjtq8c ...more

I'm so excited to share the LEILA'S LEGACY has been selected as one of Barnes & Nobel's Top Indie Favorites!!!

Check it out here: https://www.barnesandnoble.com/b/top-...

Heart of the Highlands (3 books)
by
Madeline Martin (Goodreads Author)

He had lain with the enemy and gladly given her his heart.
Pieces of him had slowly broken away until he was left with the stark understanding of what he had become: a traitor.

He had lain with the enemy and gladly given her his heart.
Pieces of him had slowly broken away until he was left with the stark understanding of what he had become: a traitor.

“Ye’re my enemy,” she whispered. “And I’m yers.”
He lifted his hand to her face, framing her chin in his strong fingers. “I know,” he murmured. “But I can’t help wanting to kiss you.”


In wordless wonder, Ena stared down at him, this Englishman who had risked his life to save a family of Scots. He had shown his enemy kindness and bravery. He was everything she had never expected from an Englishman.


His fingers caught the lacing of her sark and gently tugged. “We all have our scars, Ena. They shape us into who we become, what we believe.” He cupped her face in his palm. “Who we love.” ...more "

Here's a little snippet from one of my favorite scenes:

“Dare I ask what ye’re thinking now?” he asked. His Scottish burr was like a sensual whisper to her senses, caressing her ears and sending prickles of anticipation tingling through her.
Penelope considered his question. How did one ask for their marriage to be consummated? Surely it would be brazen to speak so plainly, perhaps too bold. Unless, of course, she expressed a desire to follow the general rules of marriage. Yes, that would be the best route to go.
“What I was thinking was…well, I’m afraid it’s rather pedantic,” she began.
“Pedantic?” He lifted his teacup to his mouth.
“Yes.” She folded her hands demurely in her lap and regarded him from across the table. “I should like to have our marriage consummated.”
*
The tea MacKenzie had been drinking caught fast in his throat and sputtered from between his lips, staining the white tablecloth.
He straightened, set his teacup aside and wiped at his mouth. “I beg your pardon?”
She met his incredulous stare. “I should like to consummate our marriage.”
He swallowed. “Now?”
She flushed and glanced shyly around the room. “Is it done in the light of day?” she asked. “And outside of the bedchamber?”
“It certainly can be,” he murmured.
“I’m sorry?” She raised her brows in silent question.

And here's what it's about:
James MacKenzie is the new Earl of Oakhurst, a title he has never wanted. Worse still, that title comes with the obligation to wed his cousin’s former betrothed…unless he can find a different lady to marry – and fast!
Lady Penelope Keats is a woman set on making her mark in the medical field…until she is told it is no longer appropriate for an unmarried lady. In order to return to her passion, she must do the unthinkable: succumb to marriage.
In two precarious situations, the ideal solution arises: a marriage without love, based on contract. After all, what could possibly go wrong?
Caution: this story contains a meddling grandmother, a match-making Momma and a marriage of convenience that goes wildly awry!

“She needed this. For the comfort, for the love, for all the glorious things she did not deserve and yet could not stop herself from wanting.”
― Madeline Martin, Deception of a Highlander
tags: love, romance, romance-novels, scottish, scottish-romance
4 likes
Like

“She was smooth and beautiful under his rough, callused hands-an amorous balm to soothe the ugliness of war.”
― Madeline Martin
tags: love, love-story, romance, scottish, scottish-romance
1 likes
Like

“He poured a splash of liquid into a second cup. “Come in and warm yerself by the fire.”
Ariana walked deeper into the room, toward the glow of the hearth. It’s heat enveloped her skin and eased away the chill with such expediency, she almost sighed.
Connor appeared beside her with a metal cup extended. “I canna sleep often myself.”
She closed her fingers around the cool surface and glanced at the dark liquid within. A sharp scent hit her nostrils.
“Whisky,” Connor said.
He was perfection in the firelight. Shadows etched his jaw while the light softened his face, his lips. The powerful lines of his chest were visible at the neck of his leine, as well as a dark peppering of small curling black hairs.
“Whisky,” Ariana said with a forced stare at the cup instead of him. “Of course. I drink this all the time.”
“Aye, I knew that about ye. When I first saw ye, I thought, ‘Now there’s a lass who can handle her whisky.’” Connor winked at her with disarming playfulness. “It’ll do ye some good. Take off the chill and settle yer thoughts.”
“Why do you assume my thoughts are unsettled?” she asked.
He took a swallow from his cup. “Because sleep comes easily to those without weight on their minds.”
Ariana took a careful sip from her own cup, the way she’d seen men at the card tables drink. The liquid burned like sin down her throat and caught in her chest.
She gritted her teeth and swallowed hard several times to keep from sputtering.
Though she’d hoped to keep her reaction discreet, the grin on Connor’s face told her he saw through her guise.
“It’s good.” Her voice came out in a croak and Connor laughed. It was a warm, rich sound and she found it terribly pleasing.
His eyes crinkled. “Now that we’ve discovered yer love of whisky, why dinna ye tell me what’s got yer thoughts heavy?”
― Madeline Martin, Highland Spy

“Crazy was a river you just floated along on. - KC Klein”
― Valerie Bowman
tags: humor
11 likes
Like

“He cradled her burning cheek and his rough fingers chafed. He radiated more heat than a bustling inn’s kitchen—and his warmth was every bit as alluring. Comfort, his body promised. Care and sustenance.”
― Wendy LaCapra, Lady Vice
1 likes
Like

“The Maximilian of her memory ceased to exist next to the real man. The former was a simple penny-lute tune. In the flesh, Max was the King’s Theater orchestra playing Haydn.”
― Wendy LaCapra, Lady Vice
1 likes
Like

“She was smooth and beautiful under his rough, callused hands-an amorous balm to soothe the ugliness of war.”
― Madeline Martin
tags: love, love-story, romance, scottish, scottish-romance
1 likes
Like

“A single bead of water rolled along the length of his spine and glided down the powerful lines of his body. Mariel moistened her lips and watched its seductive descent, overwhelmed with the temptation to trace its path with the tip of her tongue.”
― Madeline Martin, Deception of a Highlander
tags: love, romance, romance-book-quotes, romance-novel, sexy
1 likes
Like

Wendy LaCapra
author of
Scandal i...

Shelby Reed
author of
The Fifth...

Thank you for friend invite, Madeline. :)