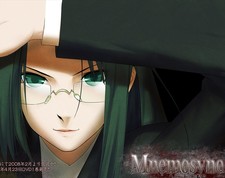 This will prevent EJ from sending you messages, friend request or from viewing your profile. They will not be notified. Comments on discussion boards from them will be hidden by default.
Sign in to Goodreads to learn more about EJ.

“Insanity is for everyone, Sunshine. All the world's peoples may enjoy its glorious bounty.”
― Amy Fecteau, Real Vampires Don't Sparkle
7 likes

“Quin's smile was open and innocent and as fake as the tits on a stripper.”
― Amy Fecteau, Real Vampires Don't Sparkle
11 likes

“Then he snarled at her. “You are not leaving me.”

It was an order, and she didn’t have to follow anyone’s orders. That was part of being Omega instead of a regular werewolf – who might have had a snowball’s chance in hell of being a proper mate.

“You need someone stronger,” Anna told him again. “So you wouldn’t have to hide when you’re hurt. So you could trust your mate to take care of herself and help, damn it, instead of having to protect me from whatever you are hiding.” She hated crying. Tears were weaknesses that could be exploited and they never solved a damned thing. Sobs gathered in her chest like a rushing tide and she needed to get away from him before she broke.

Instead of fighting his grip, she tried to slide out of it. “I need to go,” she said to his chest. “I need–”

His mouth closed over hers, hot and hungry, warming her mouth as his body warmed her body.

“Me,” Charles said, his voice dark and gravelly as if it had traveled up from the bottom of the earth, his eyes a bright gold. “You need me.”
― Patricia Briggs, Fair Game
85 likes

“He smiled at that, and then his gaze shifted to a spot over my shoulder and it faded. 'These doubts wouldn’t have anything to do with the company you’re keeping of late, would they?'
I didn’t get a chance to answer before the shop door was thrown open and a furious war mage stomped in. Pritkin spotted me and his eyes narrowed.
'You shaved my legs?!'
Mircea looked at me and folded his arms across his chest. I looked from one unhappy face to the other and suddenly remembered that I had somewhere else to be.”
― Karen Chance, Curse the Dawn
tags: cassandra, fiction, humor, romance, supernatural, vampire
295 likes

“Matheus felt like a nice Jewish boy trying to explain that his new girlfriend with the shaved head and the swastika tattooed across her stomach had a really sweet personality, you know, deep down.”
― Amy Fecteau, Real Vampires Don't Sparkle
6 likes

best historical fiction in my opinion 2

Polls voted on by EJ