Discover new books on Goodreads
See if your friends have read any of Laurell K. Hamilton's books 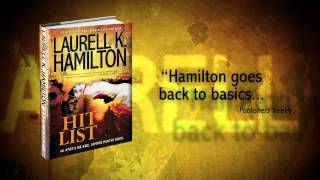 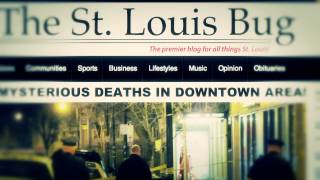 Born
in Heber Springs, Arkansas, The United States
February 19
Website
http://www.laurellkhamilton.com/
Twitter
lkhamilton
Genre
Science Fiction & Fantasy, Horror, Romance
Influences
Robert E. Howard, Robert B. Parker Robert E. Howard, Robert B. Parker ...more
Member Since
May 2014
URL
https://www.goodreads.com/lkhamilton
edit data
Laurell K. Hamilton is one of the leading writers of paranormal fiction. A #1 New York Times bestselling author, Hamilton writes the popular Anita Blake, Vampire Hunter novels and the Meredith Gentry series. She is also the creator of a bestselling comic book series based on her Anita Blake novels and published by Marvel Comics. Hamilton is a full-time writer and lives in the suburbs of St. Louis with her family.

Rafael came out February 9th, in both the US and UK. If you missed it, maybe that’s because it wasn’t originally scheduled. It was sort of a surprise book to me, and my publisher. How does a surprise book happen? Well, there was little thing called a pandemic and a lockdown and, well you know the rest. We all lived it, are living it. I reached out to as many fans as I could on as

Interview with Laurell K. Hamilton
After 22 years with her hard-boiled heroine Anita Blake, the paranormal queen reflects on how her bestselling series has evolved and chats about...
Read more...
77 likes · 35 comments

“There are wounds that never show on the body that are deeper and more hurtful than anything that bleeds.”
― Laurell K. Hamilton, Mistral's Kiss
tags: depression, pain, trauma
5073 likes
Like

“I will love you always. When this red hair is white, I will still love you. When the smooth softness of youth is replaced by the delicate softness of age, I will still want to touch your skin. When your face is full of the lines of every smile you have ever smiled, of every surprise I have seen flash through your eyes, when every tear you have ever cried has left its mark upon your face,I will treasure you all the more, because I was there to see it all. I will share your life with you, Meredith, and I will love you until the last breath leaves your body or mine.”
― Laurell K. Hamilton, A Lick of Frost
tags: inspirational, love, relationships
2866 likes
Like

“There comes a point when you either embrace who and what you are, or condemn yourself to be miserable all your days. Other people will try to make you miserable; don't help them by doing the job yourself.”
― Laurell K. Hamilton
tags: sci-fi, wisdom
1802 likes
Like

Which book did you hate so much, you want to get hypnotherapy to purge it from your mind?

“When her pain is fresh and new, let her have it. Don't try to take it away. Forgive yourself for not having that power. Grief and pain are like joy and peace; they are not things we should try to snatch from each other. They're sacred. they are part of each person's journey. All we can do is offer relief from this fear: I am all alone. That's the one fear you can alleviate.”
― Glennon Melton, Carry On, Warrior: Thoughts on Life Unarmed
tags: friendship, grief, pain
128 likes
Like