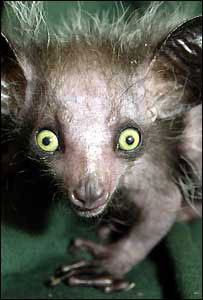 This will prevent Drev from sending you messages, friend request or from viewing your profile. They will not be notified. Comments on discussion boards from them will be hidden by default.
Sign in to Goodreads to learn more about Drev.

Drev is currently reading
Borne Rising: Beyond the Shadows (The Relics of Antiquity, #2)
by Matthew Callahan (Goodreads Author)
bookshelves: currently-reading

“Usually adult males who are unable to make emotional connections with the women they chose to be intimate with are frozen in time, unable to allow themselves to love for fear that the loved one will abandon them.”
― bell hooks, The Will to Change: Men, Masculinity, and Love
tags: fear, fear-of-love, feminism, feminist, intimacy, love, manhood, masculinity, men, motherhood
21 likes

“Libations are for the gods. Cocktails are for mere mortals.”
― Jonathan Kieran, Rowan Blaize and the Hand of Djin Rummy
tags: humor, philosophy
10 likes

“Right about here will do,” I decided.  I cast a magelight to illuminate the place.  The first faint glow of dawn was arising along the horizon in the east, but it was still as dark as a miner’s butt.  “When my father heard that I was having a girl, he gave me some advice,” I said, stripping off my mantle.  “As the father of five daughter’s himself, he was full of sage wisdom on the subject of raising girls.” “Are they any different than raising boys?” “Worlds apart,” I nodded.  “But he said there are some things that you can count on with girls,” I continued, philosophically.  “When a young father has a girl, he’s strong.  By the time she grows into a lovely young woman, age takes a toll on a man.  He’s not as strong.  “So . . . when a young woman enters courting age, you might not be as hale as you are now, my friend.  And you will find the nights colder in your bones.” “You . . . you fear I won’t have the strength to show him the door?”  He still looked confused.  And a little drunk.  As big as he is, Arborn is a lightweight when it comes to his cups.   “Oh, no.  When the wrong sort of suitor shows interest in your daughter,” I explained, as I took out the hoxter wand, “then passion can provide the strength you need to contend with the situation.  “But passion fades, when the deed is done.  And then you are left with but your decrepit strength, and a long night of work ahead.”  I manifested two shovels from the hoxter.  “My father told me that the wise father of any daughter has the foresight to dig the hole while he’s still young and strong.  It saves the trouble of a long night, when you are old and weary.” “A hole?  For . . .?” “My father assures me this is effective: for someone who is not impressed by being shown a hole an attentive father dug before he was born and intended for him, at need,” I supplied.  “Mine is behind the stable at the castle.  If a young man is worrisome, I’ll show him the hole, and explain the purpose.  You have three daughters.  That’s three holes.  I’ll help you dig.”
― Terry Mancour, Necromancer
1 likes

“She looked at him for an age, and he read nothing short of love on her face. It warmed him to the core he'd thought dead, and scared the crap out of him.”
― Dianna Hardy, Rise Of The Wolf
tags: fear-of-living, fear-of-love, love, love-hurts, second-chances, true-love, unconditional-love
10 likes

“Empathy, he once had decided, must be limited to herbivores or anyhow omnivores who could depart from a meat diet. Because, ultimately, the empathic gift blurred the boundaries between hunter and victim, between the successful and the defeated.”
― Philip K. Dick, Do Androids Dream of Electric Sheep?
tags: empathy, vegetarianism
124 likes

Polls voted on by Drev