Discover new books on Goodreads
See if your friends have read any of Michael R. Underwood's books 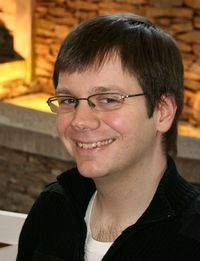 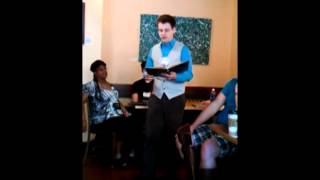 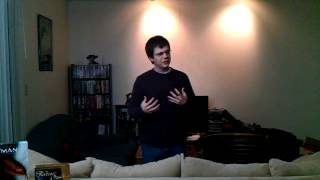 Genrenauts - a r/Fantasy Stabby Award-finalist science fiction adventure series in novellas. A group of storytellers travel between dimensions to the worlds where genres live to fix broken stories. Starts with The Shootout Solution. Collections available: Genrenauts - The Complete Season One

Born to the Blade, a political action fantasy about duelist diplomats vying for their nation's interests in a world on the brink of war. Co-written with Marie Brennan, Malka Older, and Cassandra Khaw Support Mike's writing at https://www.patreon.com/michaelrunder...

Genrenauts - a r/Fantasy Stabby Award-finalist science fiction adventure series in novellas. A group of storytellers travel between dimensions to the worlds where genres live to fix broken stories. Starts with The Shootout Solution. Collections available: Genrenauts - The Complete Season One

Born to the Blade, a political action fantasy about duelist diplomats vying for their nation's interests in a world on the brink of war. Co-written with Marie Brennan, Malka Older, and Cassandra Khaw for Serial Box Publishing. Collections available: Born to the Blade Season One.

Shield and Crocus, a superheroes-meets-epic fantasy novel where an aging revolutionary makes a deal with his most deadly foe to turn the tide of a fifty-year-long fight to free his city.

The Younger Gods, a supernatural thriller starring the white-sheep member of a family of demon-worshippers as he tries to stop his big sister from ending the world.

Mike started telling stories when he learned to talk and hasn't seen a reason to stop yet. He grew up playing video games, CCGs, RPGs, and many other delightful games with acronyms. As a teenager, the friendly local game store was his home away from home, and the site of his apprenticeship in geekdom.

Mike earned a B.A. in Creative Mythology and in East Asian Studies from Indiana University, and a M.A. in Folklore Studies from the University of Oregon. Basically, destined to be a novelist. He is also a graduate of the 2007 Clarion West Writers Workshop.

Properly equipped with lots of ways to develop story ideas, Mike has been a barista, a bear builder, a sales representative, and the North American Sales & Marketing Manager for Angry Robot Books.

Mike lives with his wife and their dog in Baltimore, MD. ...more

Here’s my (light) schedule for FLIGHTS OF FOUNDRY this weekend.


I’ll be reading from Annihilation Aria or maybe from the latest Genrenauts novella!

“Vampires used to be the Dracula types, but in the last ten years most of them have become weak, brooding androgynes that only go after teenagers. A friend of mine took the opportunity to rid his whole city of them after the forth Mormon Vamps book hit and the sparkle meme was at its strongest."

"So does that make Ms. Mormon Sparkle Vamp a hero?"

"Of a sort. Before they started to sparkle, there were a lot of vamps who were tortured antiheroes, thanks to Rice and Whedon."

Ree grimaced. "Do you know if she was clued in?"

Eastwood shrugged. "She's very secretive, no one in the Underground has been able to say for sure. It's all rumor. My guess is she lost someone to a vampire and decided the greatest revenge she could inflict was to turn them into a laughing stock.”
― Michael R. Underwood, Geekomancy

“Things need not have happened to be true. Tales and dreams are
the shadow-truths that will endure when mere facts are dust and ashes
and forgot -- Sandman”
― Michael R. Underwood

“I am a master of folklore - I should be able to throw folklore fireballs or something.”
― Michael R. Underwood
tags: academia, humor
1 likes
Like

“The room continued to spin though she was standing still, but her ears were hot. She felt like she'd just slammed three doubles of tequila and needed a fistfight chaser.”
― Michael R. Underwood, Geekomancy
tags: gamer, geek, humor, urban-fantasy
4 likes
Like

“Why should a man be scorned, if, finding himself in prison, he tries to get out and go home? Or if, when he cannot do so, he thinks and talks about other topics than jailers and prison-walls? The world outside has not become less real because the prisoner cannot see it. In using Escape in this way the critics have chosen the wrong word, and, what is more, they are confusing, not always by sincere error, the Escape of the Prisoner with the Flight of the Deserter. just so a Party-spokesman might have labeled departure from the misery of the Fuhrer's or any other Reich and even criticism of it as treachery .... Not only do they confound the escape of the prisoner with the flight of the deserter; but they would seem to prefer the acquiescence of the "quisling" to the resistance of the patriot.”
― J.R.R. Tolkien, Tolkien on Fairy-stories
tags: fairy, fantasy, inspirational
92 likes
Like

“You could not save him.” Dretta nodded. “But he saved you. And you, Merros Dulver, you are supposed to save us from these Sa’ba Taalor when they attack. That’s what I keep hearing. That you are a hero and will keep us safe from the people that killed my husband.” Her voice was calm as she looked away from him to layer slices of roast meat and bread on his plate. When she looked up at him again her eyes were dry. “Keep us safe. Keep me safe. And while you are doing that, I want you to find the bitch that murdered my man and I want you to carve her head from her body.” Her voice was still calm; as if she were discussing the crops she might plant on the last lands of her villa. “Bring me her head and prove to me that my husband made the right choice in dying for you.”
― James A. Moore, The Blasted Lands
3 likes
Like

Laura Lippman
author of
What the ...

Seanan McGuire
author of
Every Hea...