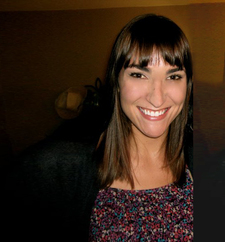 “Yeah?” His sleepy voice carried mock sympathy. “Who’s going to make them for you then?”

“Am I? You think I’m going to make you pancakes? Is that how you think it’s going to be?"

"You’re so good at,” I whined. “Besides, if you do, I’ll sit on the counter in a short robe while you cook.”

His soft laughter segued into another yawn. “Oh. Well then.” He kissed my ear again. “Maybe I’ll make you pancakes.”
― Richelle Mead, Succubus on Top

“It’s important to keep up appearances with books,” I explained. “Image goes a long way in this business.”

He dared a look over at me, still nervous but steadily recovering his composure. “I go more for content.”

"Really?” I repositioned slightly so that we were touching again, the soft flannel of his shirt brushing my bare skin. “Because I could have sworn a moment ago you were pretty caught up in outside appearance.”

His eyes shifted down again, but I could see a smile curving his lips. “Well. Some things are so striking, they can’t help but draw attention to themselves.”

"And doesn’t that make you curious about what’s inside?”

"Mostly it makes me want to get you some advanced copies.”

Advanced copies? What did he—?

"Seth? Seth, where—ah, there you are.” Paige turned down our aisle, Doug following behind. She brightened when she saw me, and I felt my stomach sink out of me and hit the floor with a thud as I put two and two together. No. No. It couldn’t be—

“Christ, Kincaid, what did you say to him?” murmured Doug.

“Well,” I told Doug, “I ripped on his fans and on how long it takes for his books to come out.”

Doug stared at me, his expectations exceeded.

“Then I said—not knowing who he was—that I’d be Seth Mortensen’s love slave in exchange for advanced copies of his books.”
― Richelle Mead, Succubus Blues

“I don't care," said Seth. "I would have done it. I would have sold my soul for you. You and me...I told you. Something's always going to keep us near each other...even if we aren't together.”
― Richelle Mead, Succubus Heat
tags: georgina, love, seth, soulmates
179 likes

Katja Millay
author of: The Sea of Tranquility

Tarryn Fisher
author of: The Wives

The causes of my messy house, incomplete work, and insomia, but also my independent children and my happy heart