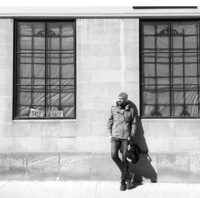 Iain hasn't connected with his friends on Goodreads, yet.

“Sometimes a thought is closer to truth, to reality, than an action. You can say anything, you can do anything, but you can't fake a thought.”
― Iain Reid, I'm Thinking of Ending Things
254 likes
Like

“I think what I want is for someone to know me. Really know me. Know me better than anyone else and maybe even me. Isn’t that why we commit to another? It’s not for sex. If it were for sex, we wouldn’t marry one person. We’d just keep finding new partners. We commit for many reasons, I know, but the more I think about it, the more I think long-term relationships are for getting to know someone. I want someone to know me, really know me, almost like that person could get into my head. What would that feel like? To have access, to know what it’s like in someone else’s head. To rely on someone else, have him rely on you. That’s not a biological connection like the one between parents and children. This kind of relationship would be chosen. It would be something cooler, harder to achieve than one built on biology and shared genetics. I think that’s it. Maybe that’s how we know when a relationship is real. When someone else previously unconnected to us knows us in a way we never thought or believed possible.”
― Iain Reid, I'm Thinking of Ending Things
tags: love, relationships
123 likes
Like

“Just tell your story. Pretty much all memory is fiction and heavily edited. So just keep going.”
― Iain Reid, I'm Thinking of Ending Things
95 likes
Like

What Non-King book would you like to read in August?