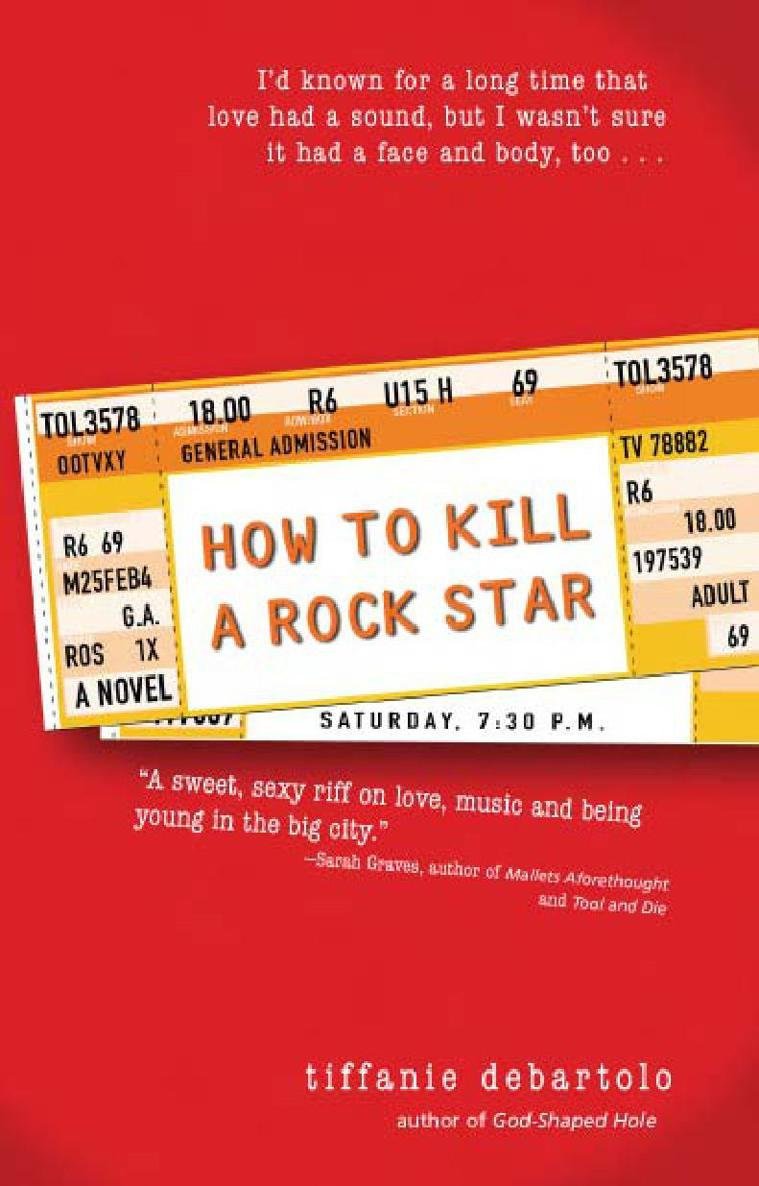 How to Kill a Rock Star

Written in her wonderfully honest, edgy, passionate and often hilarious voice, Tiffanie DeBartolo tells the story of Eliza Caelum, a young music journalist, and Paul Hudson, a talented songwriter and lead singer of the band Bananafish. Eliza's reverence for rock is equaled only by Paul's, and the two fall wildly in love.

When Bananafish is signed by a big corporate label, and Paul is on his way to becoming a major rock star, Eliza must make a heartbreaking decision that leads to Paul's sudden disappearance and a surprise knock-your-socks-off ending.

7 books1,799 followers
Tiffanie DeBartolo's most recent novel is Sorrow. Her previous novels include God Shaped Hole (2002), How To Kill a Rock Star (2005), and the graphic novel Grace: Based on the Jeff Buckley Story (2019). She also wrote and directed the film Dream for an Insomniac (1996) starring Jennifer Aniston and Ione Skye.
Tiffanie is the founder and CEO of San Francisco Bay Area record label Bright Antenna, whose roster of artists include The Wombats, Wilderado, Sports Team, and Prep.
Tiffanie is also the cofounder of the ShineMaker Foundation, a charity organization dedicated to supporting human rights, women's rights, education, animal welfare, and the environment.
In her spare time, she is a runner, hiker, yogi, world-traveler, cook, poet, and artist.
She lives in Mill Valley with her husband Scott Schumaker and her two Irish Wolfhounds, Dipsea and Kazoo.