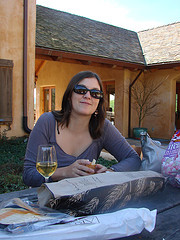 This will prevent Heidi from sending you messages, friend request or from viewing your profile. They will not be notified. Comments on discussion boards from them will be hidden by default.
Sign in to Goodreads to learn more about Heidi.

Heidi is currently reading
Crashed: How a Decade of Financial Crises Changed the World
by Adam Tooze
bookshelves: currently-reading

Error rating book. Refresh and try again.
Rate this book
Clear rating
1 of 5 stars2 of 5 stars3 of 5 stars4 of 5 stars5 of 5 stars
progress:    (30%) ""The Republicans weren't so much a partner in managing the crisis as a symptom of it. In the course of the crisis the GOP had shown itself to be less a party of government than a political vehicle through which conservative white Americans expressed alarm at the earthquakes shaking their world". It's interesting getting retrospective on the financial crisis. He blends foreign affairs & world financial markets well." — Dec 31, 2018 01:34PM

See all 21 books that Heidi is reading…

“Science has taught me that everything is more complicated than we first assume, and that being able to derive happiness from discovery is a recipe for a beautiful life. It has also convinced me that carefully writing everything down is the only real defense we have against forgetting something important that once was and is no more, including the spruce tree that should have outlived me but did not.”
― Hope Jahren, Lab Girl
144 likes

“I was going to die, sooner or later, whether or not I had even spoken myself. My silences had not protected me. Your silences will not protect you.... What are the words you do not yet have? What are the tyrannies you swallow day by day and attempt to make your own, until you will sicken and die of them, still in silence? We have been socialized to respect fear more than our own need for language."

I began to ask each time: "What's the worst that could happen to me if I tell this truth?" Unlike women in other countries, our breaking silence is unlikely to have us jailed, "disappeared" or run off the road at night. Our speaking out will irritate some people, get us called bitchy or hypersensitive and disrupt some dinner parties. And then our speaking out will permit other women to speak, until laws are changed and lives are saved and the world is altered forever.

Next time, ask: What's the worst that will happen? Then push yourself a little further than you dare. Once you start to speak, people will yell at you. They will interrupt you, put you down and suggest it's personal. And the world won't end.

And the speaking will get easier and easier. And you will find you have fallen in love with your own vision, which you may never have realized you had. And you will lose some friends and lovers, and realize you don't miss them. And new ones will find you and cherish you. And you will still flirt and paint your nails, dress up and party, because, as I think Emma Goldman said, "If I can't dance, I don't want to be part of your revolution." And at last you'll know with surpassing certainty that only one thing is more frightening than speaking your truth. And that is not speaking.”
― Audre Lorde

“I went to watch the Buzkasgu game taking place on a series of fields - some fallow, some plowed and planted- just to the east of the empty Buddha niches. Buzkashi is a form of polo played with a dead goat instead of a ball.”
― Rory Stewart
tags: buzkashi, culture, games, humor, polo
3 likes

Polls voted on by Heidi