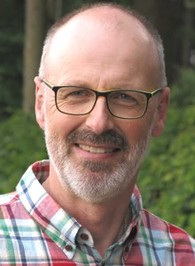 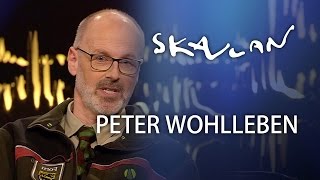 The Mysteries of Nature Series (4 books)
by
Peter Wohlleben

“When trees grow together, nutrients and water can be optimally divided among them all so that each tree can grow into the best tree it can be. If you "help" individual trees by getting rid of their supposed competition, the remaining trees are bereft. They send messages out to their neighbors in vain, because nothing remains but stumps. Every tree now muddles along on its own, giving rise to great differences in productivity. Some individuals photosynthesize like mad until sugar positively bubbles along their trunk. As a result, they are fit and grow better, but they aren't particularly long-lived. This is because a tree can be only as strong as the forest that surrounds it. And there are now a lot of losers in the forest. Weaker members, who would once have been supported by the stronger ones, suddenly fall behind. Whether the reason for their decline is their location and lack of nutrients, a passing malaise, or genetic makeup, they now fall prey to insects and fungi.

But isn't that how evolution works? you ask. The survival of the fittest? Their well-being depends on their community, and when the supposedly feeble trees disappear, the others lose as well. When that happens, the forest is no longer a single closed unit. Hot sun and swirling winds can now penetrate to the forest floor and disrupt the moist, cool climate. Even strong trees get sick a lot over the course of their lives. When this happens, they depend on their weaker neighbors for support. If they are no longer there, then all it takes is what would once have been a harmless insect attack to seal the fate even of giants.”
― Peter Wohlleben, The Hidden Life of Trees: What They Feel, How They Communicate – Discoveries from a Secret World
33 likes
Like

“When you know that trees experience pain and have memories and that tree parents live together with their children, then you can no longer just chop them down and disrupt their lives with larger machines.”
― Peter Wohlleben, The Hidden Life of Trees: What They Feel, How They Communicate – Discoveries from a Secret World
31 likes
Like

“But we shouldn't be concerned about trees purely for material reasons, we should also care about them because of the little puzzles and wonders they present us with. Under the canopy of the trees, daily dramas and moving love stories are played out. Here is the last remaining piece of Nature, right on our doorstep, where adventures are to be experienced and secrets discovered. And who knows, perhaps one day the language of trees will eventually be deciphered, giving us the raw material for further amazing stories. Until then, when you take your next walk in the forest, give free rein to your imagination-in many cases, what you imagine is not so far removed from reality, after all!”
― Peter Wohlleben, The Hidden Life of Trees: What They Feel, How They Communicate – Discoveries from a Secret World
28 likes
Like

What should our August 2020 pick be? I have included two nonfiction and two fiction this time.


The Overstory by Richard Powers
2 votes, 100.0%
Barkskins by Annie Proulx
0 votes, 0.0%
The Hidden Life of Trees: What They Feel, How They Communicate – Discoveries from a Secret World by Peter Wohlleben
0 votes, 0.0%
The Forest Unseen: A Year’s Watch in Nature by David George Haskell
0 votes, 0.0%
2 total votes
comments and details
Sign in to vote »
More...