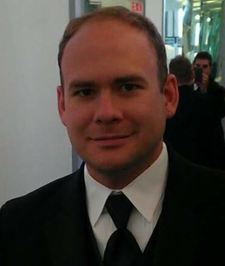 See all 7 books that Matthew is reading…

Ready Player One (Ready Player One, #1) by Ernest Cline
1 highlight
I burned through the entire They Might Be Giants discography in under two weeks.
Sonia N. and 111 other people liked this
See all 7 comments
06 Feb 19
Elyse Walters
smiling -- :) great words!
06 Feb 19
Nancy Brady
I love their lyrics. How can you not love songs about the sun, James Ensor, James K. Polk, and more?
05 Jun 20
BAM Endlessly Booked
I think that can actually be some much more quickly

“It seems to me that if you or I must choose between two courses of thought or action, we should remember our dying and try so to live that our death brings no pleasure to the world.”
― John Steinbeck, شرق بهشت
tags: death
793 likes

“Everything in the world is about sex except sex. Sex is about power.”
― Oscar Wilde
tags: power, sex
6782 likes

“It is nothing to die. It is frightful not to live.”
― Victor Hugo, Les Misérables
tags: death, living-life
2459 likes

“All animals are equal, but some animals are more equal than others.”
― George Orwell, Animal Farm
tags: animal-farm
6422 likes

“The most important things are the hardest to say. They are the things you get ashamed of, because words diminish them -- words shrink things that seemed limitless when they were in your head to no more than living size when they're brought out. But it's more than that, isn't it? The most important things lie too close to wherever your secret heart is buried, like landmarks to a treasure your enemies would love to steal away. And you may make revelations that cost you dearly only to have people look at you in a funny way, not understanding what you've said at all, or why you thought it was so important that you almost cried while you were saying it. That's the worst, I think. When the secret stays locked within not for want of a teller but for want of an understanding ear.”
― Stephen King
tags: writing
5611 likes

Mystery/Suspense/Horror Lovers — 174 members — last activity Feb 09, 2021 01:11AM
A group for the lovers of these genres to discuss (and read) their favorite books and authors.

Suzy (Taking a break from reviews)