Note: Please do not add any books to this list. It's meant to list ONLY the 100 books actually selected by the editors of The Times Online. Thanks!

For the full list, see http://thegreatestbooks.org/lists/38 or comment/message 21 in the comments section below.

In the case of "War and Peace" and "Sir Gawain and the Green Knight", the entries are for the specific translations listed, of course.

Marilynne Robinson's "Gilead" and Wendell Berry's "Hannah Coulter" may be great books, but the editorial staff of the Times Online chose not to include them in this particularl list. With much regret: Could I ask someone who has the required clearance to remove them, please? Thanks ...

And off they go.

The Times thought The DaVinci Code was one of the 100 best books of the decade?

Boy I've only read 6 of them better add to my TBR Pile!Well I did make the mistake of reading the Da Vinci Code but I would not count it in the best books.IMHO

Well, as Deathly Shadows was at No. 1 on the list, I suspect one of their criteria was "important publishing phenomena." Harry Potter, Twilight, and Da Vinci Code would all qualify easily under that criteria.

Lobstergirl wrote: "The Times thought The DaVinci Code was one of the 100 best books of the decade?"

Well, they didn't say what general criteria they applied, but here's their comment on "The Da Vinci Code" (which is no. 10 on their list):

A murder in the Louvre, and the clues are all hidden in the works of Leonardo. Some love it, some hate it (see our worst of the decade article), but you can’t deny that its mix of conspiracy, riddles and action dominated the decade."

The final adventure in the most successful series of all time — Harry, now a teenager, helped by his Hogwarts mates Ron and Hermione, vanquishes the Dark Lord and his minions, avenges his dead parents and lives happily ever after."

Meyer’s books about the schoolgirl Bella Swan and her passion for Edward Cullen, the tortured “vegetarian” vampire (doesn’t bite humans), have taken the world’s pre-pubescent females by storm. Basically, he’s a fanged Mr Darcy, with all sexual threat surgically removed."

So, yes, "important publishing phenomena" does sound about right ...

FWIW, this is their comment on the book they awarded the no. 1 slot, Cormac McCarthy's "The Road":

Cormac McCarthy’s gripping, shattering novel walks in a long line of tradition. Mary Shelley tried her hand at the literature of post-apocalypse with The Last Man, published in 1826; Russell Hoban’s 1980 novel, Riddley Walker, sets the aftermath of doom in Canterbury. The Road’s wilderness — coming to the cinema in January — is an American one: blasted, ruined, destroyed by an unnamed calamity that has scorched the Earth with biblical fury and lit McCarthy’s prose with holy fire. In this awful landscape walk a father and his young son, treading towards a future where it would seem there could be none.

McCarthy has always been a poet of extremity; his earlier novels stripped romance from the myth of the frontier. The Road is stripped back even farther, its father and son the near-sole survivors of what might be called humanity; the book’s narrative is simply that of their survival. There are respites from their suffering —- a cache or two of unspoilted tinned food —- but more often there is horror; this is existence pared to the bone. For this reason, it is McCarthy’s language that must carry the book, and so it does, triumphantly, its Hemingway-like concision shot through with cadences that sometimes recall the sprung rhythms of Gerard Manley Hopkins.

The Road is our book of the decade; but it will outlast that judgment, too. It is a work of force and dark brilliance, a perfect expression of the early 21st-century’s terrors —- and of the hope we must all have that we shall not destroy ourselves, nor yet be destroyed."

How is it that only 24 women writers are represented here? Really Times?

Well, when you consider that a woman didn't win the Pulitzer between 1942 and 1961, I guess that's an improvement.

Tell me what's not copacetic and I'll remove it.

Edited to add: Ah, found list at another link.

All the Robert Jordan books on the list, as well as Stephen King and Dean Koontz. Thanks for doing extra clean-up duty ... and Happy New Year!

Several of which were not first published in the last decade, as well.

And a Happy New Year to us all!

What a pity there doesn't seem to be any way (not even for librarians like you) to close a list for new submissions ...

Removed, for likewise not being on the original Times Online list:

Can someone cite the location of this Times online list?

T-A; I just went to the link you cited at the top of the comments - and got a log-in query. Is the list somewhere else?

Yikes. Will have to go hunting for alternatives. That said, the Top 10 (as rendered at http://blogs.theaustralian.news.com.a... ) are:

Here's an alternate link for the complete list: http://thegreatestbooks.org/lists/38 .

This is the full list, as rendered at the above link (and as I copied it from the Times Online website when it was still accessible without a login promt):

1. The Road by Cormac McCarthy
2. Persepolis by Marjane Satrapi
3. Dreams from My Father by Barack Obama
4. Masterworks of the Classical Haida Mythtellers by Robert Bringhurst
5. Suite Française by Irène Némirovsky
6. The Tipping Point by Malcolm Gladwell
7. Life of Pi by Yann Martel
8. Payback: Debt and the Shadow Side of Wealth by Margaret Atwood
9. Atonement by Ian McEwan
10. The Da Vinci Code by Dan Brown
11. War and Peace New Translation by Leo Tolstoy
12. A Heartbreaking Work of Staggering Genius by Dave Eggers
13. Austerlitz by W. G. Sebald
14. Reading Lolita in Tehran by Azar Nafisi
15. The God Delusion by Richard Dawkins
16. Rapture by Carol Ann Duffy
17. Harry Potter and the Deathly Hallows by J.K. Rowling
18. Bad Science by Ben Goldacre
19. The Corrections by Jonathan Franzen
20. White Teeth by Zadie Smith
21. The Plot Against America by Philip Roth
22. The Amber Spyglass by Philip Pullman
23. The 9/11 Commission Report by 9/11 Commission
24. Never Let Me Go by Kazuo Ishiguro
25. The Curious Incident of the Dog in the Night-time by Mark Haddon
26. Bad Blood by Lorna Sage
27. Oxford Dictionary of National Biography by Oxford Dictionary
28. The Rest is Noise by Alex Ross
29. The Accidental by Ali Smith
30. The Kite Runner by Khaled Hosseini
31. The Collected Stories of Amy Hempel by Amy Hempel
32. Everything Is Illuminated by Jonathan Safran Foer
33. Chronicles: Volume One by Bob Dylan
34. Seabiscuit by Laura Hillenbrand
35. The Arrival by Shaun Tan
36. How I Live Now by Meg Rosoff
37. William Trevor: The Collected Stories by William Trevor
38. The Noonday Demon by Andrew Solomon
39. Runaway by Alice Munro
40. Sir Gawain and the Green Knight by Simon Armitage
41. The Secret Scripture by Sebastian Barry
42. Fun Home: A Family Tragicomic by Alison Bechdel
43. Thursbitch by Alan Garner
44. Freakonomics by Steven D. Levitt and Stephen J. Dubner
45. London: The Biography by Peter Ackroyd
46. Middlesex by Jeffrey Eugenides
47. Collected Poems of Ted Hughes by Ted Hughes
48. A Short History Of Nearly Everything by Bill Bryson
49. The Ghost by Robert Harris
50. No Logo by Naomi Klein
51. Home by Marilynne Robinson
52. Youth by J. M. Coetzee
53. Wolf Brother by Michelle Paver
54. Eats, Shoots and Leaves by Lynne Truss
55. Imperial Life in the Emerald City by Rajiv Chandrasekaran
56. If Nobody Speaks of Remarkable Things by Jon McGregor
57. Fleshmarket Close by Ian Rankin
58. Dart by Alice Oswald
59. Moondust: In Search of the Men Who Fell to Earth by Andrew Smith
60. Collapse by Jared Diamond
61. The Line of Beauty by Alan Hollinghurst
62. Fingersmith by Sarah Waters
63. The Blank Slate by Steven Pinker
64. Staying Alive by Neil Astley
65. Peeling the Onion by Günter Grass
66. Cloud Atlas by David Mitchell
67. The Kindly One by Jonathan Littell
68. Out Stealing Horses by Per Petterson
69. My Name is Red by Orhan Pamuk
70. The PowerBook by Jeanette Winterson
71. Experience by Martin Amis
72. True History of the Kelly Gang by Peter Carey
73. Blind Willow, Sleeping Woman by Haruki Murakami
74. War Music by Christopher Logue
75. The Damned Utd by David Peace
76. England in Particular by Sue Clifford and Angela King
77. Collected Poems of Michael Donaghy by Michael Donaghy
78. Giving up the Ghost by Hilary Mantel
79. Jimmy Corrigan, the Smartest Kid on Earth by Chris Ware
80. The White Tiger by Aravind Adiga
81. The Emperor's Children by Claire Messud
82. Born Yesterday by Gordon Burn
83. Fatal Purity: Robespierre and the French Revolution by Ruth Scurr
84. The Enchantress of Florence by Salman Rushdie
85. Twilight by Stephenie Meyer
86. My Father and other Working-Class Football Heroes by Gary Imlac
87. Everything Ravaged, Everything Burned by Wells Tower
88. The Ascent of Money: A Financial History of the World by Niall Ferguson
89. Maximum City: Bombay Lost and Found by Suketu Mehta
90. This Republic of Suffering: Death and the American Civil War by Drew Gilpin Faust
91. Unless by Carol Shields
92. Berlin: The Downfall, 1945 by Antony Beevor
93. District and Circle by Seamus Heaney
94. The Carhullan Army by Sarah Hall
95. The Emperor's Babe by Bernardine Evaristo
96. The Looming Tower by Lawrence Wright
97. The Brief Wondrous Life of Oscar Wao by Junot Diaz
98. Half of a Yellow Sun by Chimamanda Ngozi Adichie
99. The Lost Leader by Mick Imlah
100. The Position by Meg Wolitzer 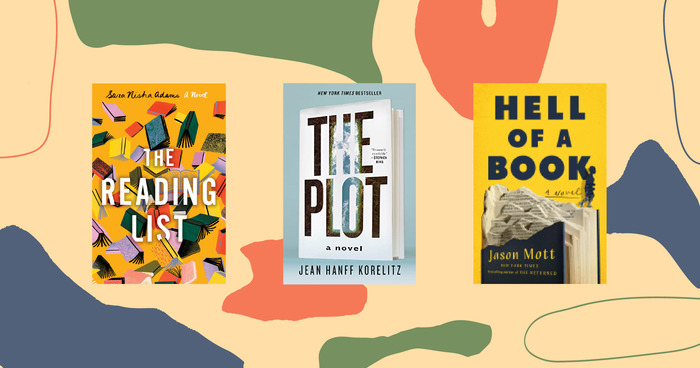