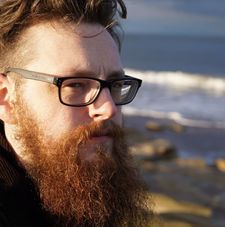 This will prevent Jack from sending you messages, friend request or from viewing your profile. They will not be notified. Comments on discussion boards from them will be hidden by default.
Sign in to Goodreads to learn more about Jack.

See all 17 books that Jack is reading…

“The room contains a few dozen living human bodies, each one a big sack of guts and fluids so highly compressed that it will squirt for a few yards when pierced. Each one is built around an armature of 206 bones connected to each other by notoriously fault-prone joints that are given to obnoxious creaking, grinding, and popping noises when they are in other than pristine condition. This structure is draped with throbbing steak, inflated with clenching air sacks, and pierced by a Gordian sewer filled with burbling acid and compressed gas and asquirt with vile enzymes and solvents produced by the many dark, gamy nuggets of genetically programmed meat strung along its length. Slugs of dissolving food are forced down this sloppy labyrinth by serialized convulsions, decaying into gas, liquid, and solid matter which must all be regularly vented to the outside world lest the owner go toxic and drop dead. Spherical, gel-packed cameras swivel in mucus-greased ball joints. Infinite phalanxes of cilia beat back invading particles, encapsulate them in goo for later disposal. In each body a centrally located muscle flails away at an eternal, circulating torrent of pressurized gravy. And yet, despite all of this, not one of these bodies makes a single sound at any time during the sultan’s speech.”
― Neal Stephenson, Cryptonomicon
8 likes

“BUT MOST PEOPLE ARE RATHER STUPID AND WASTE THEIR LIVES. HAVE YOU NOT SEEN THAT? HAVE YOU NOT LOOKED DOWN FROM THE HORSE AT A CITY AND THOUGHT HOW MUCH IT RESEMBLED AN ANT HEAP, FULL OF BLIND CREATURES WHO THINK THEIR MUNDANE LITTLE WORLD WAS REAL? YOU SEE THE LIGHTED WINDOWS AND WHAT YOU WANT TO THINK IS THAT THERE MAY BE MANY INTERESTING STORIES BEHIND THEM, BUT WHAT YOU KNOW IS THAT REALLY THERE ARE JUST DULL, DULL SOULS, MERE CONSUMERS OF FOOD, WHO THINK THEIR INSTINCTS ARE EMOTIONS AND THEIR TINY LITTLE LIVES OF MORE ACCOUNT THAN A WHISPER OF WIND.
The blue glow was bottmless. It seemed to be sucking her own thoughts out of her mind.
'No,' whispered Susan, 'no, I've never thought like that.'
Death stood up abruptly and turned away. YOU MAY FIND OUT THAT IT HELPS, he said.”
― Terry Pratchett - Soul Music

“Can a magician kill a man by magic?” Lord Wellington asked Strange.
Strange frowned. He seemed to dislike the question. “I suppose a magician might,” he admitted, “but a gentleman never could.”
― Susanna Clarke, Jonathan Strange & Mr Norrell
tags: gentleman, honor, killing, magic
643 likes

“I cut off his fingers to get him to talk, and when he'd confessed everything I wanted to hear, I had his fucking tongue cut out, and the stump cauterized."

Everyone in the room stared at him.

"I called him an asshole, too," said Locke. "He didn't like that.”
― Scott Lynch, The Lies of Locke Lamora

Polls voted on by Jack