,
Discover new books on Goodreads
See if your friends have read any of Ben Aaronovitch's books 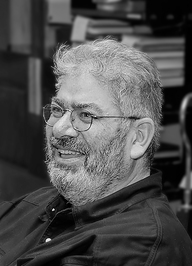 Born
in London, The United Kingdom
Website
https://www.benaaronovitch.com/
Twitter
Ben_Aaronovitch
Genre
Science Fiction & Fantasy, Mystery & Thrillers
Member Since
June 2012
edit data
Ben Aaronovitch's career started with a bang writing for Doctor Who, subsided in the middle and then, as is traditional, a third act resurgence with the bestselling Rivers of London series.

Born and raised in London he says that he'll leave his home when they prise his city out of his cold dead fingers.
Ben Aaronovitch's career started with a bang writing for Doctor Who, subsided in the middle and then, as is traditional, a third act resurgence with the bestselling Rivers of London series.

Born and raised in London he says that he'll leave his home when they prise his city out of his cold dead fingers.
...more

The Most Anticipated Fantasy & Science Fiction Books
Here there be dragons, superheroes, aliens, and warlords. In the coming months, readers will get to return to Westeros and the All Souls...
Read more...
96 likes · 71 comments 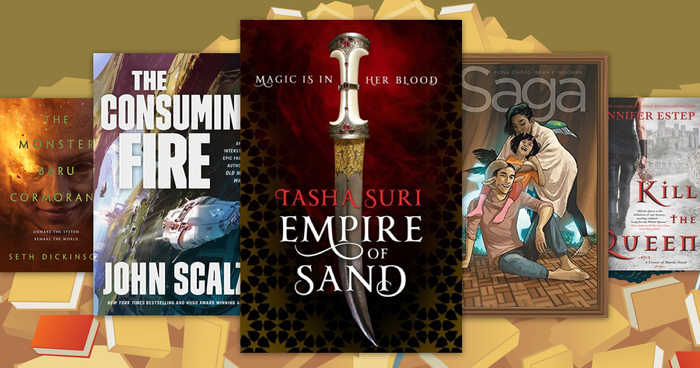 Ben Aaronovitch is currently reading
The Intellectuals and The Masses: Pride and Prejudice Among the Literary Intelligentsia, 1880 - 1939
by John Carey
bookshelves: currently-reading, research, history

More of Ben's books…
Quotes by Ben Aaronovitch  (?)
Quotes are added by the Goodreads community and are not verified by Goodreads. (Learn more)
“For a terrifying moment I thought he was going to hug me, but fortunately we both remembered we were English just in time. Still, it was a close call.”
― Ben Aaronovitch, Moon Over Soho
tags: humour
310 likes
Like

“In the winter she curls up around a good book and dreams away the cold.”
― Ben Aaronovitch, Broken Homes
tags: cold, good-book, winter
276 likes
Like

“I gave the prescribed Metropolitan Police "first greeting".
"Oi!" I said "What do you think you're doing?”
― Ben Aaronovitch
tags: peter-grant
175 likes
Like

Help us pick Nothing but Reading Challenges' December Adult Paranormal/Urban Fantasy/SciFi/Fantasy Book of the Month from among the books our members nominated. Also, please note this is the first month members can use the Power Votes. For more information check out this post: Banking Voting Power Points: The Rules

The Name of the Wind by Patrick Rothfuss

Book synopsis:
Told in Kvothe's own voice, this is the tale of the magically gifted young man who grows to be the most notorious wizard his world has ever seen.The intimate narrative of his childhood in a troupe of traveling players, his years spent as a near-feral orphan in a crime-ridden city, his daringly brazen yet successful bid to enter a legendary school of magic, and his life as a fugitive after the murder of a king form a gripping coming-of-age story unrivaled in recent literature. A high-action story written with a poet's hand, The Name of the Wind is a masterpiece that will transport readers into the body and mind of a wizard.
18 votes 24.7%

Book synopsis:
From debut author Cassie Alexander comes a spectacular new urban fantasy series where working the nightshift can be a real nightmare. Nothing compares to being Nightshifted.

Nursing school prepared Edie Spence for a lot of things. Burn victims? No problem. Severed limbs? Piece of cake. Vampires? No way in hell. But as the newest nurse on Y4, the secret ward hidden in the bowels of County Hospital, Edie has her hands full with every paranormal patient you can imagine—from vamps and were-things to zombies and beyond…

Edie’s just trying to learn the ropes so she can get through her latest shift unscathed. But when a vampire servant turns to dust under her watch, all hell breaks loose. Now she’s haunted by the man’s dying words—Save Anna—and before she knows it, she’s on a mission to rescue some poor girl from the undead. Which involves crashing a vampire den, falling for a zombie, and fighting for her soul. Grey’s Anatomy was never like this…Susanna Kearsley
15 votes 20.5%

Book synopsis:
In this Time Magazine top 10 book of the year, Anderson Lake is a company man, AgriGen's Calorie Man in Thailand. Undercover as a factory manager, Anderson combs Bangkok's street markets in search of foodstuffs thought to be extinct, hoping to reap the bounty of history's lost calories. There, he encounters Emiko. Emiko is the Windup Girl, a strange and beautiful creature. One of the New People, Emiko is not human; instead, she is an engineered being, creche-grown and programmed to satisfy the decadent whims of a Kyoto businessman, but now abandoned to the streets of Bangkok. Regarded as soulless beings by some, devils by others, New People are slaves, soldiers, and toys of the rich in a chilling near future in which calorie companies rule the world, the oil age has passed, and the side effects of bio-engineered plagues run rampant across the globe. What Happens when calories become currency? What happens when bio-terrorism becomes a tool for corporate profits, when said bio-terrorism's genetic drift forces mankind to the cusp of post-human evolution?
11 votes 15.1%

The Black Isle by Sandi Tan

Book synopsis:
There are ghosts on the Black Isle.
Ghosts that no one can see.
No one...except Cassandra.

Uprooted from Shanghai with her father and twin brother, young Cassandra finds the Black Isle's bustling, immigrant-filled seaport, swampy jungle, and grand rubber plantations a sharp contrast to the city of her childhood. And she soon makes another discovery: the Black Isle is swarming with ghosts.

Haunted and lonely, Cassandra at first tries to ignore her ability to see the restless apparitions that drift down the street and crouch in cold corners at school. Yet despite her struggles with these spirits, Cassandra comes to love her troubled new home. And soon, she attracts the notice of a dangerously charismatic man.

Even as she becomes a fearless young woman, the Isle's dark forces won't let her go. War is looming, and Cassandra wonders if her unique gift might be her beloved island's only chance for salvation . . .

Taking readers from the 1920s, through the Japanese occupation during WWII, to the Isle's radical transformation into a gleaming cosmopolitan city, THE BLACK ISLE is a sweeping epic--a deeply imagined, fiercely original tale from a vibrant new voice in fiction.
10 votes 13.7%

Book synopsis:
Eons ago, vampires tried to turn the Dark Fae in order to harness their magic, only to create a demonic enemy more powerful than they imagined. Now Myst, the Vampiric Fae Queen of the Indigo Court, has enough power to begin a long prophesied supernatural war. And Cicely Waters, a witch who can control the wind, may be the only one who can stop her-and save her beloved Fae prince from the Queen's enslavement.

Cicely Waters, a witch who can control the wind, has returned home to New Forest, Washington, after learning that her family is in danger. The Indigo Court holds the city in fear. People are vanishing, and strange deaths plague the town. And when she is swept into an unexpected and passionate reunion with Grieve, the Fae prince who taught her how to harness the wind, Cicely finds herself with a fierce and territorial lover.

But Greive has been enslaved in Myst's court, and now, caught betwen two evils, the lovers must survive the machinations of the Vampiric Fae queen, even as Cicely untangles the hidden secrets to her own heritage.
7 votes 9.6%

Book synopsis:
The first time Julia Beckett saw Greywethers she was only five, but she knew that it was her house. And now that she’s at last become its owner, she suspects that she was drawn there for a reason.

As if Greywethers were a portal between worlds, she finds herself transported into seventeenth-century England, becoming Mariana, a young woman struggling against danger and treachery, and battling a forbidden love.

Each time Julia travels back, she becomes more enthralled with the past...until she realizes Mariana’s life is threatening to eclipse her own, and she must find a way to lay the past to rest or lose the chance for happiness in her own time.
5 votes 6.8%

Midnight Riot aka Rivers of London by Ben Aaronovitch

Book Synopsis:
Probationary Constable Peter Grant dreams of being a detective in London’s Metropolitan Police. Too bad his superior plans to assign him to the Case Progression Unit, where the biggest threat he’ll face is a paper cut. But Peter’s prospects change in the aftermath of a puzzling murder, when he gains exclusive information from an eyewitness who happens to be a ghost. Peter’s ability to speak with the lingering dead brings him to the attention of Detective Chief Inspector Thomas Nightingale, who investigates crimes involving magic and other manifestations of the uncanny. Now, as a wave of brutal and bizarre murders engulfs the city, Peter is plunged into a world where gods and goddesses mingle with mortals and a long-dead evil is making a comeback on a rising tide of magic.
4 votes 5.5%

Lady of Hay by Barbara Erskine

Book synopsis:
With a story as mesmerizing as it is chilling, "Lady of Hay "explores how Jo, a journalist investigating hypnotic regression, plunges into the life of Matilda, Lady of Hay-who lived eight hundred years earlier. As she learns of Matilda's unhappy marriage, her troubled love for Richard de Clare, and the brutal treatment she received from King John, it seems that Jo's past and present are hopelessly entwined. Centuries later, a story of secret passion and unspeakable treachery is about to begin again-and she has no choice but to brave both lives if she wants to shake the iron grip of history
3 votes 4.1%
73 total votes
comments and details
Sign in to vote »

“You need to read more science fiction. Nobody who reads science fiction comes out with this crap about the end of history”
― Iain Banks
tags: history, reading, sci-fi
257 likes
Like

“Colonel Otto, do you have a, perhaps, fuller and more detailed account than your preliminary one of why my Imperial Security building is now largely an underground installation? From a technical perspective.”
― Lois McMaster Bujold, Captain Vorpatril's Alliance
11 likes
Like

“My Dad says that being a Londoner has nothing to do with where you're born. He says that there are people who get off a jumbo jet at Heathrow, go through immigration waving any kind of passport, hop on the tube and by the time the train's pulled into Piccadilly Circus they've become a Londoner.”
― Ben Aaronovitch, Moon Over Soho
tags: london
126 likes
Like

“I am not a fate worse than death, dammit!”
― Lois McMaster Bujold, Captain Vorpatril's Alliance
37 likes
Like

“Never interrupt your enemy when he is making a mistake.”
― Napoleon Bonaparte
tags: enemies, mistakes, strategy
3278 likes
Like