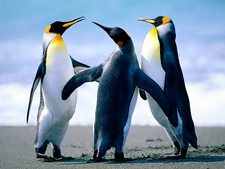 This will prevent Rae from sending you messages, friend request or from viewing your profile. They will not be notified. Comments on discussion boards from them will be hidden by default.
Sign in to Goodreads to learn more about Rae.

“Reaver was about to go where angels feared to tread. He supposed that really did make him a—

The demon doctor stared back, his dark eyes glittering with gold flecks. “A fool would merely consider entering hell without a plan. Only a fucking idiot would be serious about waltzing into the Prince of Evil’s living room in the very center of hell to kidnap Satan’s little girl. Without a plan.”

Eidolon parked a tray of surgical tools next to the exam table Reaver was sitting on. “And your plan is?”

Books That I Could Read Over and Over Again

Polls voted on by Rae