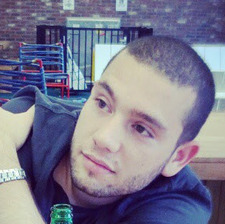 See all 7 books that Jonathan is reading…

God Stalk (Kencyrath, #1) by P.C. Hodgell
1 note & 10 highlights
night bird flitted overhead. Jame paused to watch it, thinking enviously of wings. For a moment it showed clearly against the moon-silvered clouds, and then the wall of mountains to the west swallowed it.
See Jonathan’s 57 books with notes and highlights…

“It occurs to me that our survival may depend upon our talking to one another.”
― Dan Simmons, Hyperion
tags: humor, inspirational, networking
154 likes

“ABSTRACT THOUGHTS in a blue room; Nominative, genitive, etative, accusative one, accusative two, ablative, partitive, illative, instructive, abessive, adessive, inessive, essive, allative, translative, comitative. Sixteen cases of the Finnish noun. Odd, some languages get by with only singular and plural. The American Indian languages even failed to distinguish number. Except Sioux, in which there was a plural only for animate objects. The blue room was round and warm and smooth. No way to say warm in French. There was only hot and tepid If there's no word for it, how do you think about it? And, if there isn't the proper form, you don't have the how even if you have the words. Imagine, in Spanish having to assign a sex to every object: dog, table, tree, can-opener. Imagine, in Hungarian, not being able to assign a sex to anything: he, she, it all the same word. Thou art my friend, but you are my king; thus the distinctions of Elizabeth the First's English. But with some oriental languages, which all but dispense with gender and number, you are my friend, you are my parent, and YOU are my priest, and YOU are my king, and YOU are my servant, and YOU are my servant whom I'm going to fire tomorrow if YOU don't watch it, and YOU are my king whose policies I totally disagree with and have sawdust in YOUR head instead of brains, YOUR highness, and YOU may be my friend, but I'm still gonna smack YOU up side the head if YOU ever say that to me again;
And who the hell are you anyway . . .?”
― Samuel R. Delany, Babel-17
tags: language
27 likes

“And what constitutes evil, real evil, is the taking of a single human life. Whether a man would die tomorrow or the day after or eventually... it doesn't matter. Because if God does not exist, then life... every second of it... Is all we have.”
― Anne Rice, Interview with the Vampire
tags: evil
157 likes

“Holmes and Watson are on a camping trip. In the middle of the night Holmes wakes up and gives Dr. Watson a nudge. "Watson" he says, "look up in the sky and tell me what you see."

"And what do you conclude from that, Watson?"

Watson thinks for a moment. "Well," he says, "astronomically, it tells me that there are millions of galaxies and potentially billions of planets. Astrologically, I observe that Saturn is in Leo. Horologically, I deduce that the time is approximately a quarter past three. Meterologically, I suspect that we will have a beautiful day tomorrow. Theologically, I see that God is all-powerful, and we are small and insignficant. Uh, what does it tell you, Holmes?"

"Watson, you idiot! Someone has stolen our tent!”
― Thomas Cathcart, Daniel Klein

“two girls buying sausages. The butcher has no change, so he gives them an extra sausage. ‘What are we going to do with the third sausage?’ whispers one girl. ‘Quiet,’ her friend says. ‘We’ll eat that one.’ ”
― Jason Matthews, Red Sparrow
7 likes

Kameron Hurley
author of: The Stars Are Legion