Mod
Okay, so it is heavily rumored there will be a HUNGER GAMES MOVIE being released soon (ish). But as yet there is no director, so obviously not even a cast.
Now put yourself in the shoes of the Casting Agents.
Who would you choose to play each character?
Why? Why not?
Discuss choices here.

Mod
For me, Ian Sommerhalder is the perfect Finnick: 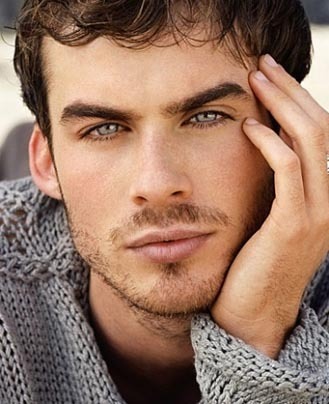 And I think ROBERT DOWNEY JUNIOR would be a great Haymitch 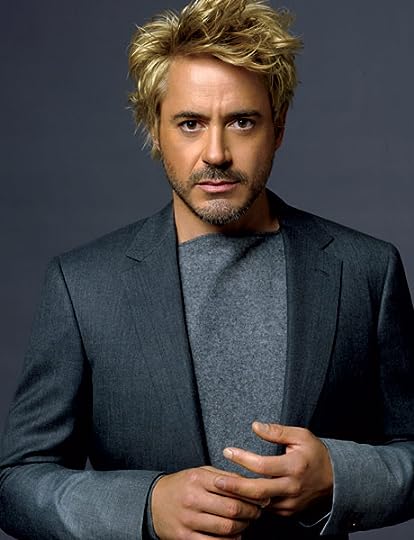 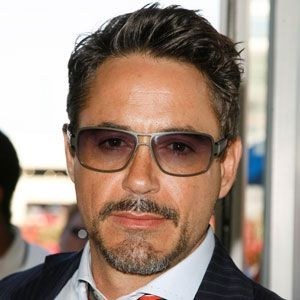 I agree, Robert Downey would be a reat Haymitch. :D

Heavily rumored? Last I heard, they were in the process of finding a director (it was narrowed down to Gary Ross, Sam Mendes and David Slade.) I say NOOOOO to David Slade.
Moving on... :)

Someone on a Hunger Games site mentioned it, and I agree completely. Hugh Laurie could totally pull off Haymitch (he never would, though).

Other than that, I don't really have any preference. Saying no is easier. :P
Like, for instance, there are rumors that Chloe Moretz from Kick-*** is interested in the role of Katniss. No.

I think Alexandra Dadario would make a good Katniss, and I know that suggestion will probably be met with a lot of opposition. I didn't like her as Annabeth in Percy Jackson- her sort of stoic performance didnt fit the character at all- but the fiercer demeanor would work better for our Kat. Alex Pettyfer has always been Finnick for me, and I think if she was younger, the actress who played Faith on Buffy the Vampire Slayer would be a good Johanna Mason.

Chloe Mortez is kinda young for the role of Katniss. I think Kaya Scoledio( I don't know how you spell it) would make a good Katniss

Apparently, there are a few other potential directors...

Yeah, Kaya Scodelario has come up a lot in discussions. I think she'd work. More than Chloe Moretz, at least...

Mod
ANDREW ADAMSON!
CHRONICLES OF NARNIA!
I THINK HE SHOULD DIRECT IT!!!!!!!!!!

Scodelario.....yeah, maybe. That could work. As long as she gets rid of the English accent.

Ian Sommerhalder is just nice to look at... *sigh*

I really don't know who I would cast, but I agree with RDJ as Haymitch.

Mod
Yeah, I would love to see RDJ as Haymitch.
He would do an amazing job I think.

I could totally see him doing an excellent job. He just has that personality that would fit the role perfectly.

hmm.....maybe AnnaSophia Robb as someone? A Carreer maybe?

Mod
hm...I disagree.
I wouldnt want well known actors being cast for the heck of it.
All the teenagers should be small names, or making their debut in the film.
The adults...some of them should be big names (RDJ) but not all.

I think a big name should play Effie, as well... And probably Cinna. But I agree that the teens should be newer to the scene. And if we get ANY of the Twilight cast in there, I may throw a fit.

Mod
If *anyone* from TWILIGHT appears in this, I will actually cry :)

Okay-This just popped into my head:
Michael Urie as Cinna.
Im not sure if it would work, but im just throwing it out there: 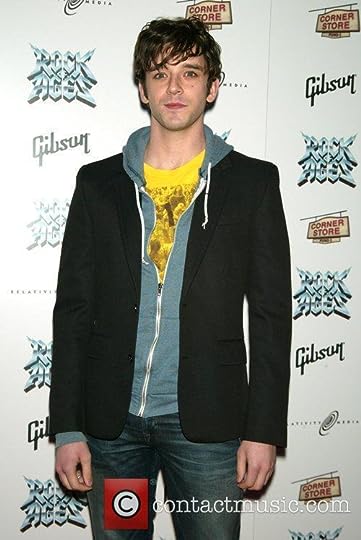 
Dunno, just came to mind.
He plays that fasion designer in Ugly Betty

I could definitely see that. Definitely.

The second photo is what did it for me.

Mod
Yeah, looking at the second photo I think he could really do a solid job :)

I can almost see a few of the Glee cast members as Career tributes....

And can we cast this with ANYONE? Not just American actors?

Mod
What do you mean not just American?
Of course anyone could have a role. They would just need to not have a thick accent.

Well, it seems to me (I'm not sure why.... Maybe it's cuz Panem was North America) that it would be made in the US. But I'm far more partial to British actors. And British movies, come to think of it.

In that case, I almost want to cast Emma Thompson as Effie. I know she's a bigger name, but she seems to be able to pull off any role that's thrown at her quite well, and for some reason that's how I always pictured Effie.

I always imagined Effie looking a bit like Umbrige, but with pink hair.
But i wouldnt like her cast as Effie.

I'm not a huge Imelda Staunton (Umbridge) fan, myself... Although I've only seen her in two films.

I am not sure about Thompson, either... Just a thought. I sort of pictured Effie as older, trying to look young.

Mod
Ive only seen Staunton in a few films myself.
I dont think she would be good for the role, but when imagining Effie she did come to mind.

I could certainly see where you're coming from on that.

She also seems to have this ditzy blonde quality to her... Or at least, that's Katniss' perception of her.

Mod
Kay, so I made the following when I was bored 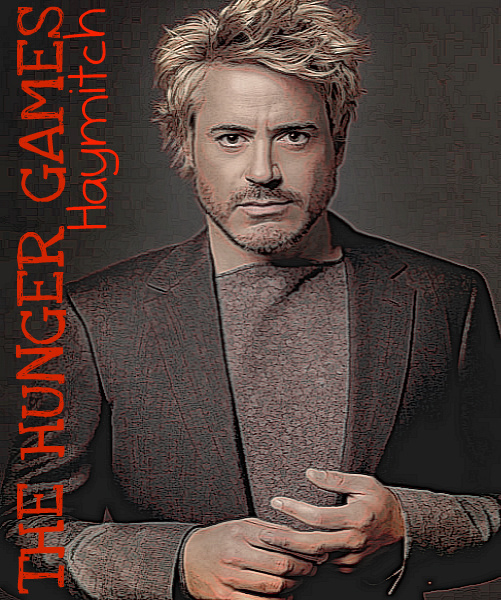 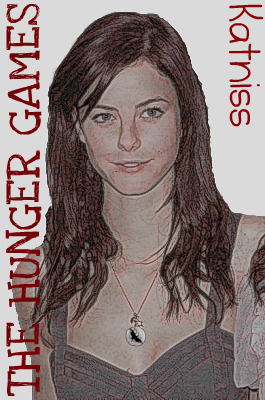 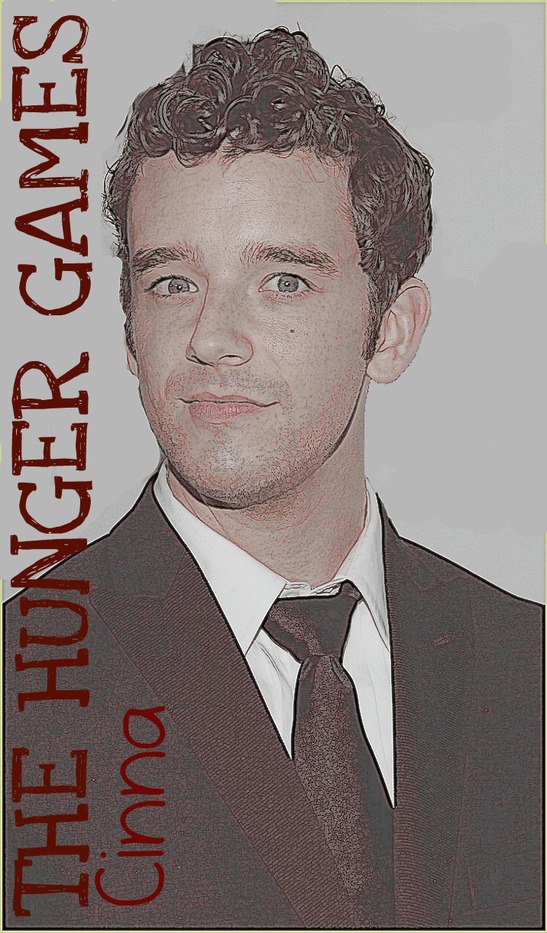 who's the actress for Katniss? cause i can see the others. lolz

omg i agree w/ whoever said robert downey jr should b haymich!! that is so perfect

Ran across this today... (thank Mockingjay.net again). And it seems that Gary Ross is in negotiations to direct.

I could see Kristen Chenowith as Effie. But how did Hugh Laurie beat out RDJ as Haymitch?!

kristen would b a good effie!
and i agree w/ taylor...how was RDJ the runner-up??

Kristin as Effie! I would love to see that adorable lady with pink hair :)

Hmm but I don't get the whole Alex Pettyfer as Peeta thing.. Has everybody seen photos of him lately? He just doesn't have the... roundness, or boyishness that Peeta has, (but that's just my opinion I guess). Hunter Parrish as Peeta yes yes yes yes yes please :)

eww NO for Alex Pettyfer being Peeta. Alex is the one that everyone wants to be Jace, which I think is a better casting. Peeta's supposed to be innocent and sweet and stuff, and Alex kinda has that "I'm gonna take advantage of you like a used car salesman" look.

HUGH LAURIE for Haymitch all the way!
RDJ doesn't look sallow-faced and binge-drinker enough (now) for Haymitch. Hugh Laurie, based on his mannerisms from HOUSE, just looks like a drunk. Lol.

I'd like to have an unknown as Katniss, someone who could give an original performance without being compared to her other work. I also always imagined Katniss and Gale as blonde and Peeta as dark-haired, but I'm probably the odd one out on that one :P

Amelia (Imagination in Focus) wrote: "eww NO for Alex Pettyfer being Peeta. Alex is the one that everyone wants to be Jace, which I think is a better casting. Peeta's supposed to be innocent and sweet and stuff, and Alex kinda has that "I'm gonna take advantage of you like a used car salesman" look."

Anybody watch Glee? It aired last night, and there's a new character, played by a guy named Chord Overstreet. The whole time I was watching, I was thinking "That's Peeta!"

I so agree about Robert Downey Jr as Haymitch!!

Jordan wrote: "Anybody watch Glee? It aired last night, and there's a new character, played by a guy named Chord Overstreet. The whole time I was watching, I was thinking "That's Peeta!""

That's what my sister said!

haha i can see him as peeta...i dont think he's perfect but he's pretty close

OKay, I can totally see Georgie Henely as Prim....and she's not a HUGE star so she won't do terribly.

I just can't think of anybody good enough/cute enough to play Peeta.
:S

I could kinda see Alex Pettyfer as Gale, but maybe Gaspard Ulliel would be better ??? I dunno

I think Alex Pettyfer is more of a Gale than a peeta..

Jeannie wrote: "I think Alex Pettyfer is more of a Gale than a peeta.."

It's all about the angles of the face.. and his height. Pettyfer is too manly and old-looking to be Peeta.

I definitely think Alex Pettyfer would make a better Gale than he would Peeta... He's too.... I think Sandy used the right word with "manly", to be Peeta. Peeta not only needs to be maybe a little chubby, but he needs to have some more feminine qualities to him, I think...

Rae*The Ultimate Percabeth Fan* wrote: "OKay, I can totally see Georgie Henely as Prim....and she's not a HUGE star so she won't do terribly."

I agree with Sandy and Taylor some how I think Peeta has a more boyish face and Alex is just not like that...

Mod
Amelia (Imagination in Focus) wrote: "eww NO for Alex Pettyfer being Peeta. Alex is the one that everyone wants to be Jace, which I think is a better casting. Peeta's supposed to be innocent and sweet and stuff, and Alex kinda has that..."


Amelia, I toatlly agree with the Alex Pettyfer thing.
But I also think that Kaya is perfect for Katniss (Ive never heard of her before) and that RDJ is an exceptional choice for Haymitch.