A SPY IN THE HOUSE OF STRANGE... 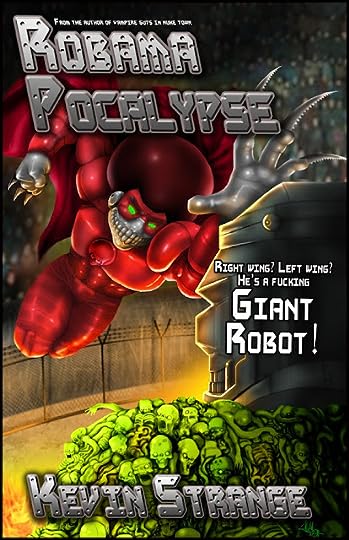 Buy Strange's Robama Pocalypse in paperback or for kindle here 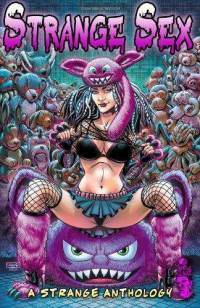 This anthology contains Strange's Cotton Candy--a  twisted yarn of erotica and horror!
Wow, Bizarro Whiz KEVIN STRANGE just got done talking to me.  With Anthos out there like STRANGE SEX, it’s no doubt that Mr. Strange is leading a new legion in the Bizarro Army.  Read more of this blog post »
View more on Jason Wayne Allen's website »
1 like · Like  •  0 comments  •  flag

“I have absolutely no pleasure in the stimulants in which I sometimes so madly indulge. It has not been in the pursuit of pleasure that I have periled life and reputation and reason. It has been the desperate attempt to escape from torturing memories, from a sense of insupportable loneliness and a dread of some strange impending doom.”
― Edgar Allan Poe
tags: addiction, alchohol, drinking, drugs, loneliness, melancholy, pain
3458 likes

“I have been writing my heart out all my life, but only getting a living out of it now, and the attacks are coming in thick. A lot of people are mad and jealous and bitter and I only hope they also can be heard by an expanding publishing program the size of Russia's. Because it's not a question of the merit of art, but a question of spontaneity and sincerity and joy I say. I would like everybody in the world to tell his full life confession and tell it HIS OWN WAY and then we'd have something to read in our old age, instead of the hesitations and cavilings of 'men of letters' with blear faces who only alter words that the Angel brought them.”
― Jack Kerouac
tags: biographical-resume-1957
26 likes

“Books are the blessed chloroform of the mind.”
― Robert Chambers
55 likes

“I realize with much shame and self-disgust I am not hating this sex with boy tater tots like I thought I would. I don’t even need to repeat “a million dollars” in my head anymore. Though hard to admits, I was starting to actually enjoy the sex with the tots.
Oh, no’s! I thinks when I notice I now have erection too!
Could it be that the trillionaire tater tots were causing me gay?”
― Dougliette Juliette, The Trillionaire Tater Tots Caused Me Gay

“The question is frequently asked: Why does a man become a drug addict?
The answer is that he usually does not intend to become an addict. You don’t wake up one morning and decide to be a drug addict. It takes at least three months’ shooting twice a day to get any habit at all. And you don’t really know what junk sickness is until you have had several habits. It took me almost six months to get my first habit, and then the withdrawal symptoms were mild. I think it no exaggeration to say it takes about a year and several hundred injections to make an addict.
The questions, of course, could be asked: Why did you ever try narcotics? Why did you continue using it long enough to become an addict? You become a narcotics addict because you do not have strong motivations in the other direction. Junk wins by default. I tried it as a matter of curiosity. I drifted along taking shots when I could score. I ended up hooked. Most addicts I have talked to report a similar experience. They did not start using drugs for any reason they can remember. They just drifted along until they got hooked. If you have never been addicted, you can have no clear idea what it means to need junk with the addict’s special need. You don’t decide to be an addict. One morning you wake up sick and you’re an addict. (Junky, Prologue, p. xxxviii)”
― William S. Burroughs, Junky

Horrified Press speaks out! — 100 members — last activity Oct 09, 2014 01:18PM
Our next open forum will be on April 28th. You can check out Horrified Press titles via our website: horrifiedpress.wordpress.com