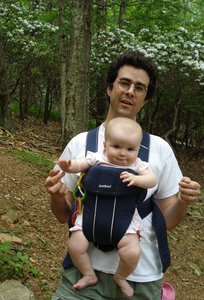 “More than anyplace else, California seems determined to prove that the Second Law of Thermodynamics is a lie.”
― Marc Reisner, Cadillac Desert: The American West and Its Disappearing Water
0 likes

“That project, the State Water Project, more than anything else, is the symbol of California's immense wealth, determination, and grandiose vision -- a demonstration that it can take its rightful place in the company of nations rather than mere states. It has also offered one of the country's foremost examples of socialism for the rich.”
― Marc Reisner, Cadillac Desert: The American West and Its Disappearing Water
0 likes

“At one stage in the heated intramural debate, ex-ACS president and longtime director Alton Ochsner took the floor and regaled his eminent colleagues with a tale intended to disarm those still unpersuaded by the proof against smoking. There was a certain Russian count, Ochsner told them, who, suspecting his attractive young wife of infidelity, advised her that he was leaving their home for an extended trip, but in fact posted himself at a nearby residence to spy on her. The very first night after his leave-taking, the count watched by moonlight as a sleigh pulled up to his house, a handsome lieutenant from the Czar's Guard bounded out, the count's wife greeted the hussar at the door and led him inside, and in a moment the couple was seen through an upstairs bedroom window in candlelit silhouette as they wildly embraced; after another moment the candle was blown out. "Proof! Proof!" said the anguished count, smiting himself on the brow. "If I only had the proof!”
― Richard Kluger, Ashes to Ashes: America's Hundred-Year Cigarette War, the Public Health, and the Unabashed Triumph of Philip Morris
1 likes

What Book Got You Hooked?