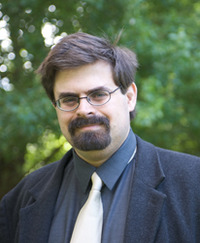 What went before; what happens next.

It's not much of a silver lining for the last few years, that environmental stress drives me to write. Both as an escape, and because funnelling that frustration into my work is a more sociable alternative to screaming out of the window. 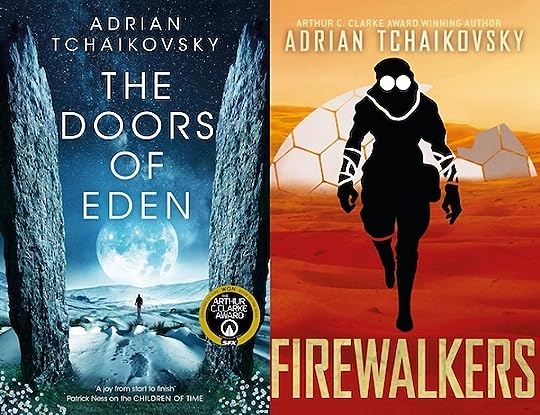 What did I make out of 2020 then? Actually a trick question because whatever hit the shelves this year has been at least 2 years in the making. Just as well t

Shadows of the Apt (10 books)
by
Adrian Tchaikovsky (Goodreads Author)

Echoes of the Fall (3 books)
by
Adrian Tchaikovsky (Goodreads Author)

Ironclads (Science Fiction & Fantasy)
1 chapters   —   updated May 13, 2015 06:33PM
Description: Short story set in the Shadows of the Apt Universe. In the middle of the war, a band of Wasp elite soldiers are surrounded in enemy territory. Will their armour and discipline be a match for the forces of the Commonweal?

“That is the problem with ignorance. You can never truly know the extent of what you are ignorant about.”
― Adrian Tchaikovsky, Children of Time
66 likes
Like

“A life lived entirely at the whim of another is no life at all.”
― Adrian Tchaikovsky, Children of Time
23 likes
Like

“Life is not perfect, individuals will always be flawed, but empathy – the sheer inability to see those around them as anything other than people too – conquers all, in the end.”
― Adrian Tchaikovsky, Children of Time
19 likes
Like

Final poll for January 2021 SCIENCE FICTION Book of the Month

“You're not like other Wasps."
"Aren't I?" Aagen smiled, but it was a painful smile. "No doubt you've killed my kinsmen by the score."
"A few," Salma allowed.
"Well, next time you shed my kinden's blood, think on this: we are but men, no less nor more than other men, and we strive and feel joy and fail as men have always done. We live in the darkness that is the birthright of us all, that of hurt and ignorance, only sometimes... sometimes there comes the sun." He let the bowl fall from his fingers to the floor, watching it spin and settle, unbroken.”
― Adrian Tchaikovsky, Empire in Black and Gold
tags: aagen, aagen-s-joy, birthright, darkness, grief-in-chains, here-comes-the-sun, hurt, ignorance, kinden, salme-dien, war, wasp-empire, wine-bowl
13 likes
Like

“And then it dropped lower, and her eyes caught it in all its pale majesty. It was a moth, no more, no less, but as it circled down towards them she saw that its furry body was larger than that of a horse, its wingspan awesome, each wing as long as six men laid end to end. It had a small head, eyes glittering amongst the glossy fur behind frond-like antennae that extended forward in delicate furls. As it landed, the sweep of its wings extinguished most of their little fires.”
― Adrian Tchaikovsky, Empire in Black and Gold
4 likes
Like

“A bandit, a man-hunter, a lawbreaker, a bow for hire. I never wanted any grand cause. If it looks like I'm fighting tyrants, it's only because the world's so damned full of them that you can't draw a sword without crossing some of their laws. Easy as easy, it is, to become an outlaw.”
― Adrian Tchaikovsky, Heirs of the Blade
6 likes
Like

“I was young at Myna, that first time. When had the change come? He had retreated to here, to Collegium, to spin his awkward webs of intrigue and to lecture at the College. Then, years on, the call had come for action. He had gone to that chest in which he stored his youth and found that, like some armour long unworn, it had rusted away.

He tried to tell himself that this was not like the grumbling of any other man who finds the prime of his life behind him. I need my youth and strength now, as never before. A shame that one could no husband time until one needed it. All his thoughts rang hollow. He was past his best and that was the thorn that would not be plucked from his side. He was no different from any tradesman or scholar who, during a life of indolence, pauses partway up the stairs to think, This was not so hard, yesterday.”
― Adrian Tchaikovsky, Dragonfly Falling
tags: age, aging, collegium, indolence, lost-youth, stenwold-maker, thorn-in-side, youth
5 likes
Like

“Ah, but it is an interesting thing, that these things can so seldom be proved. If I were to perform some piece of, hrmf, magic for you, here in this room, you would claim a thousand ways it could have been done. Indeed, those ways might be exceedingly unlikely, but you would cling to them rather than accept the, mmn, the chance that magic, the eternal inexplicable, might be the true agent, and if you were strong enough in yourself, unafraid, unthreatened, here in your own chambers, well perhaps there would be no magic worked at all. It is a subjective force, you see, whereas the physical laws of the artificers are objective. A gear-train will turn without faith, but magic may not. And so, when your people demand, mmn, proof, there is none, but when you have forgotten and dismissed it, then magic creeps back into the gaps where you do not look for it.”
― Adrian Tchaikovsky, Dragonfly Falling
tags: faith, gjegevey, inapt, magic, proof, the-inexplicable-eternal, woodlouse-kinden
4 likes
Like

Dear Adrian,
Thank you so much for being my friend here on Goodreads. I am a huge fan of the spectacular 'Shadows of the Apt' series and continue to read and enjoy your work.
Kind Regards
Lucinda x

I just ordered my copies from UK Amazon, thanks!

I don't know how it would be with postage etc. or whether you're able to use the UK amazon (.co.uk) but you can get my books from Forbidden Planet in London (http://forbiddenplanet.com/)or from Tor itself.

Ruby wrote: "Can you recommend a reliable site where I can buy the UK version of the books not available in the US without spending an arm and a leg?

Thank you for creating a terrific series and keep up the gr..."

Can you recommend a reliable site where I can buy the UK version of the books not available in the US without spending an arm and a leg?

Thank you for creating a terrific series and keep up the great work!

Heirs of the Blade is available as a trade paperback in the UK (it was the first). Sea Watch should get a reissue as a larger size paperback, but not the full size trade version.

Derrick wrote: "Thanks.
And that explains why Sea Watch is not for sale on their website.

To be honest, I would recommend snagging a copy of the UK version (Sea Watch and Heirs) if you can. I can't really go into it, but right now there are issues. If this situation looks like it's going to be resolved I will make it known on the blog as soon as I can.

Derrick wrote: "to get current info about American releases, should I ask you, or email Pyr?"

Contacting Pyr is best. At the moment the US rights for Sea Watch and beyond have not been acquired, though.