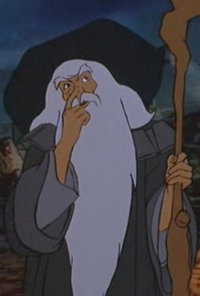 “I am a knight of Solamnia. I am the hand of Paladine, of Kiri-Jolith and of Habbakuk on this world. You are on Krynn. You are mine, Queen of Darkness.”
― Richard A. Knaak, The Legend of Huma
tags: dragonlance
10 likes

“A real relationship doesn't properly begin until the NRE burns away. That's when you have to start dealing with this person as an all-around human being, replete with irritating little habits. When disillusion sets in, love can begin.”
― Anthony D. Ravenscroft, Polyamory: Roadmaps for the Clueless and Hopeful: An Introduction on Polyamory
tags: love, polyamory, relationships
17 likes

“I blame it on Twilight. In real life, vampires only sparkle when they're on fire.”
― Larry Correia, Monster Hunter Vendetta
209 likes

“No city, no town, no community of more than one thousand people or two
hundred buildings to the square mile, shall be built or permitted to exist
anywhere in the United States of America.”
― Leigh Brackett, The Long Tomorrow

“The world was already a miserable place in the spring of that cursed year. The New Depression was at its height. Stocks fell, jobs were lost, and consumer consumption fell in a corporate death spiral as the aging technoczars were revealed to have feet of clay. Financial institutions underreacted, the government overreacted, and a society living on borrowed time paid for with borrowed dollars failed. Hard times and hunger came to the Western world, which was all the more of a shock because the generation that survived the last financial collapse had virtually died out.”
― E.E. Knight, Way of the Wolf
tags: apocalyptic, post-apocalypse, prophecy-in-fiction
13 likes