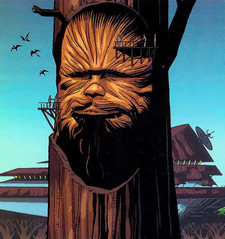 This will prevent Philip from sending you messages, friend request or from viewing your profile. They will not be notified. Comments on discussion boards from them will be hidden by default.
Sign in to Goodreads to learn more about Philip.

Philip is currently reading
Batman: From the 30's to the 70's
by E. Nelson Bridwell
bookshelves: currently-reading

“In short, one may say anything about the history of the world—anything that might enter the most disordered imagination. The only thing one can't say is that it's rational. The very word sticks in one's throat. And, indeed, this is the odd thing that is continually happening: there are continually turning up in life moral and rational persons, sages and lovers of humanity who make it their object to live all their lives as morally and rationally as possible, to be, so to speak, a light to their neighbours simply in order to show them that it is possible to live morally and rationally in this world. And yet we all know that those very people sooner or later have been false to themselves,”
― Fyodor Dostoyevsky, Notes from Underground
3 likes

“I consider myself an intelligent man, only because all my life I have been able neither to begin nor to finish anything.”
― Fyodor Dostoyevsky, Notes from Underground
1 likes

“Laugh away; I will put up with any mockery rather than pretend that I am satisfied when I am hungry. I know, anyway, that I will not be put off with a compromise, with a recurring zero, simply because it is consistent with the laws of nature and actually exists. I will not accept as the crown of my desires a block of buildings with tenements for the poor on a lease of a thousand years, and perhaps with a sign-board of a dentist hanging out. Destroy my desires, eradicate my ideals, show me something better, and I will follow you.”
― Fyodor Dostoyevsky, Notes from Underground
1 likes

“I got to the point of feeling a sort of secret abnormal, despicable enjoyment in returning home to my corner on some disgusting Petersburg night, acutely conscious that that day I had committed a loathsome action again, that what was done could never be undone, and secretly, inwardly gnawing, gnawing at myself for it, tearing and consuming myself till at last the bitterness turned into a sort of shameful accursed sweetness, and at last—into positive real enjoyment! Yes, into enjoyment, into enjoyment! I insist upon that. I have spoken of this because I keep wanting to know for a fact whether other people feel such enjoyment? I will explain; the enjoyment was just from the too intense consciousness of one's own degradation; it was from feeling oneself that one had reached the last barrier, that it was horrible, but that it could not be otherwise; that there was no escape for you; that you never could become a different man; that even if time and faith were still left you to change into something different you would most likely not wish to change; or if you did wish to, even then you would do nothing; because perhaps in reality there was nothing for you to change into.”
― Fyodor Dostoyevsky, Notes from Underground
2 likes

“Man likes to make roads and to create, that is a fact beyond dispute. But why has he such a passionate love for destruction and chaos also? Tell me that! But on that point I want to say a couple of words myself. May it not be that he loves chaos and destruction (there can be no disputing that he does sometimes love it) because he is instinctively afraid of attaining his object and completing the edifice he is constructing?”
― Fyodor Dostoyevsky, Notes from Underground
1 likes

Polls voted on by Philip