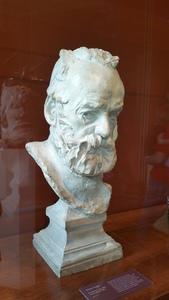 This will prevent Daran from sending you messages, friend request or from viewing your profile. They will not be notified. Comments on discussion boards from them will be hidden by default.
Sign in to Goodreads to learn more about Daran.

See all 5 books that Daran is reading…

“All that is gold does not glitter,
Not all those who wander are lost;
The old that is strong does not wither,
Deep roots are not reached by the frost.

From the ashes a fire shall be woken,
A light from the shadows shall spring;
Renewed shall be blade that was broken,
The crownless again shall be king.”
― J.R.R. Tolkien, The Fellowship of the Ring

“I talked to a calzone for fifteen minutes last night before I realized it was just an introverted pizza. I wish all my acquaintances were so tasty.”
― Jarod Kintz, This Book Has No Title
167 likes

“It is a well-known established fact throughout the many-dimensional worlds of the multiverse that most really great discoveries are owed to one brief moment of inspiration. There's a lot of spadework first, of course, but what clinches the whole thing is the sight of, say, a falling apple or a boiling kettle or the water slipping over the edge of the bath. Something goes click inside the observer's head and then everything falls into place. The shape of DNA, it is popularly said, owes its discovery to the chance sight of a spiral staircase when the scientist=s mind was just at the right receptive temperature. Had he used the elevator, the whole science of genetics might have been a good deal different.

This is thought of as somehow wonderful. It isn't. It is tragic. Little particles of inspiration sleet through the universe all the time traveling through the densest matter in the same way that a neutrino passes through a candyfloss haystack, and most of them miss.

Even worse, most of the ones that hit the exact cerebral target, hit the wrong one.

For example, the weird dream about a lead doughnut on a mile-high gantry, which in the right mind would have been the catalyst for the invention of repressed-gravitational electricity generation (a cheap and inexhaustible and totally non-polluting form of power which the world in question had been seeking for centuries, and for the lack of which it was plunged into a terrible and pointless war) was in fact had by a small and bewildered duck.

By another stroke of bad luck, the sight of a herd of wild horses galloping through a field of wild hyacinths would have led a struggling composer to write the famous Flying God Suite, bringing succor and balm to the souls of millions, had he not been at home in bed with shingles. The inspiration thereby fell to a nearby frog, who was not in much of a position to make a startling contributing to the field of tone poetry.

Many civilizations have recognized this shocking waste and tried various methods to prevent it, most of them involving enjoyable but illegal attempts to tune the mind into the right wavelength by the use of exotic herbage or yeast products. It never works properly.”
― Terry Pratchett, Sourcery
58 likes

“I wish it need not have happened in my time," said Frodo.
"So do I," said Gandalf, "and so do all who live to see such times. But that is not for them to decide. All we have to decide is what to do with the time that is given us.”
― J.R.R. Tolkien, The Fellowship of the Ring
tags: adventuring, death, time
19662 likes

Saladin Ahmed
author of: Throne of the Crescent Moon

Charles Moorman
author of: The Pearl-Poet

Polls voted on by Daran