So whatcha wanna do?

Sounds good! Like the show, or just supernatural in general?

Not the show, the genre

sound great :) so any plot ideas?

okay, well how about something like there's two characters and like one of them's like a chaotic neutral alignment and the other is like more like a lawful good, and they have to work together for some reason... that's not really a plot yet, just a start, but what do you think?

It sounds great to me! You prefer the good or the bad side?

I was kind of thinking the chaotic neutral... but it doesn't really matter, so if you prefer that one you can have it lol

Haha no it's alright I like playing as both sides

okay :D so like what should it be that they're having to work together on?

so let's see... if it's gonna be supernatural should it be something they're hunting, or should one of them be a supernatural creature... idk lol

Well I can be a supernatural creature! And we work together for... Something

Sounds great! Yeah what should they work for...

okay and also before we start do you prefer romance or non-romance?

okay :D so anything else we need before we make characters you think?

Sure! Give me a few minutes though lol XD I like to get involved in my character profiles

Name: Lydia Stirling, but she only goes by Shadow
Age: 22
Gender: Female
Appearance: 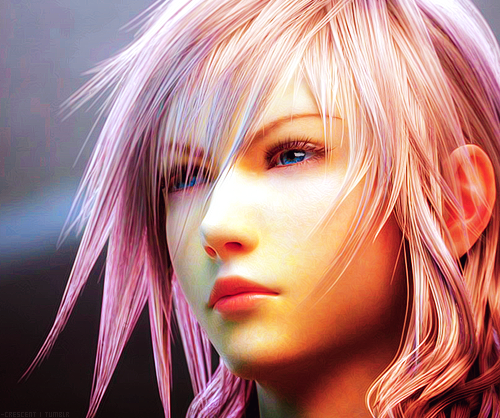 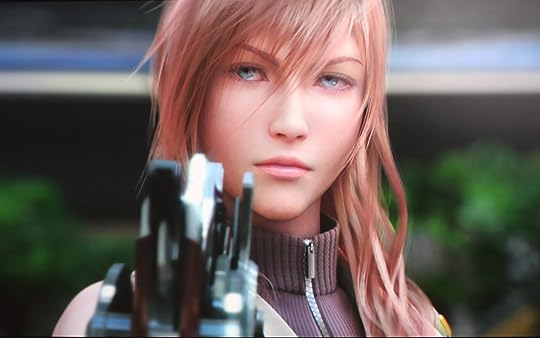 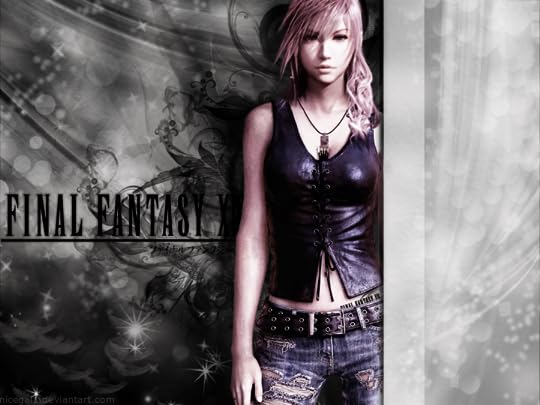 hair color: light pink
eye color: deep blue
Background: Shadow is very secretive about her past. She grew up in the slums of the city as an only child in an upstairs apartment over a night club. Her father was abusive and her mother was a drunk, so she mostly fended for herself. At age ten her father killed her mother and threatened to do the same to her. When he had his back turned she shoved him out the window and he fell, dying instantly. Shadow ran away and lived on the streets until she was taken in by Jackal. He trained her how to kill, steal, and not get caught. Until she was sixteen she trained under him, until one day he got jealous. Shadow was so good she'd surpassed even his abilities. So he planned to kill her. They fought, and in the end, Shadow was victorious. Another death tainting her name, Shadow fled again to a different city. She took up a job as a freelance thief, stealing things and getting information for wealthy clients. She made a pact never to kill another person unless there was no other choice, and is still haunted by her father and Jackal's deaths.
Personality: Ruthless and cold, it takes a lot for Shadow to get close to someone, and even more for her to trust them. Once you gain her trust, however, she is a steadfast friend till the end.
Personal Quote: "One of the first things I learned is you've gotta be careful. Somebody'll say they love you and then turn you in the next second. Hell, even I would for the right price."
Strengths Shadow can pick nearly any lock, and get in nearly anywhere without being detected. She is a valuable friend once you gain her trust.
Weaknesses: Shadow has an insatiable greed for money. She also has a phobia of spiders.
Personal Goals: Shadow doesn't really have any except to survive and get enough money to disappear.
Other: Has a tattoo of a snake slithering up her backbone.

sorry that was a little longer than a few minutes XD

what do you mean?

Okay that sounds fine lol :D (just want to let you know, though, the only things that are required for making a character are name, age, and appearance. I took mine a little over the top lol)

haha well I always have problems with appearance :p

Okay that's fine lol. So you ready to start?

I have a question. If she's afraid of spiders... what if my character would be half spider? 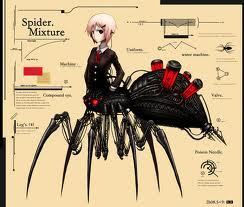 That's actually really cool looking! (And I'm pretty sure it would freak the heck out of shadow lol)

haha well, I don't mind sticking to the metal version. let's say somebody created me out of human and metal parts. He then died, and my character is left alone.

That sounds good. And it's fine for him to not be metal

Nah, lets go with metal! I like it haha

Okay :D sounds great! One more thing though: shadow isn't really the kind of person to help someone out of the kindness of her heart. What should be her motive for helping him?

how loyal is she? if he'll save her from something, will she help him in return?

Yes- she would see that as her owing him a favor, and would stick with him till its paid

then we shall do the other way around-he'll help her! what kind of accident may happen to her?

That sounds good! So like maybe she was breaking into a place, got caught and beaten up, and was like left to die in a dumpster or something? (Or does that sound too dramatic XD )

haha well it actually sounds great! they'll throw her in the forest, where he lives, and eventually find her.