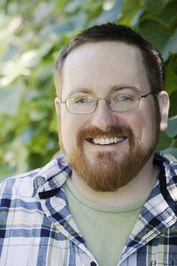 Brian now lives on the side of a mountain in Utah with his wife, Michele, where he writes books and nurses a crippling video game addiction.

Brian's novels include the Powder Mage Trilogy (Promise of Blood, The Crimson Campaign, and The Autumn Republic), Gods of Blood and Powder (Sins of Empire, Wrath of Empire, and Blood of Empire), and Valkyrie Collections (Uncanny Collateral)

The Wings of Adom are certainly on my (very long) list of side characters/entities I want to explore more in the short fiction.…moreHey Marc! Thanks a ton!

The Wings of Adom are certainly on my (very long) list of side characters/entities I want to explore more in the short fiction. Right now I just finished a short story based on Vlora and I'm working on a murder mystery that features Adamat.(less)
flag
View all 4 comments
See all 106 answers from Brian McClellan…

The Blood of Empire paperback is now available!

You can order the final book of the Gods of Blood and Powder trilogy in paperback at your preferred bookstore. Stay safe out there! 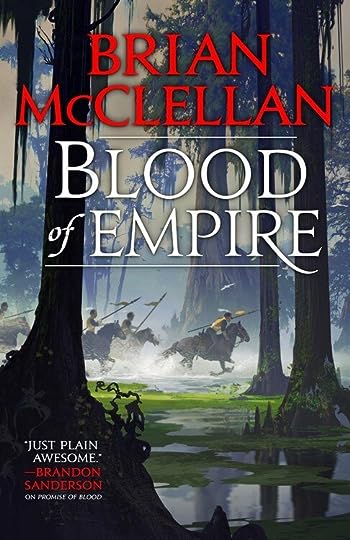 As the final battle approaches a sellsword, a spy, and a general must find unlikely and dangerous allies in order to turn th

The Most Anticipated Sci-Fi & Fantasy
If you need a break from the real world, this year's upcoming science fiction and fantasy novels guarantee a great escape. We've got he...
Read more...
119 likes · 59 comments 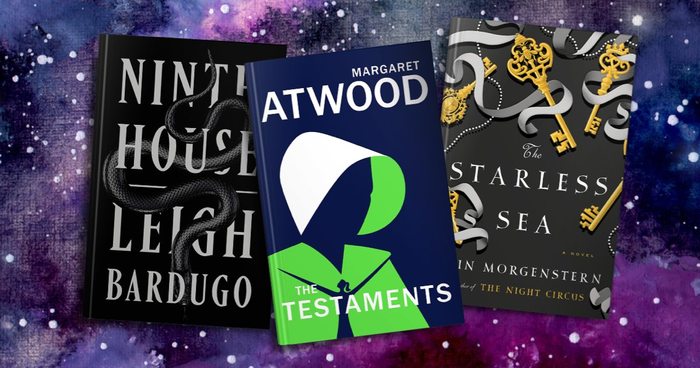 “You’ve one mark on your record,” Tamas said. “You once punched a na-baron in the face. Broke his jaw. Tell me about that.”
Olem grimaced. “Officially, sir, I was pushing him out of the way of a runaway carriage. Saved his life. Half my company saw it.”
“With your fist?”
“Aye.”
“And unofficially?”
“The man was a git. He shot my dog because it startled his horse.”
“And if I ever have cause to shoot your dog?”
“I’ll punch you in the face.”
“Fair enough. You have the job.”
― Brian McClellan, Promise of Blood
tags: dogs, honesty, promise-of-blood, punched-in-the-face
81 likes
Like

“Doctor, what could you prescribe for Charlemund?”
The doctor looked down his nose at the unconscious form of the arch-diocel.
“Arsenic?”
“Now, really. Something to give him a quality headache and a great deal of memory loss.”
“Cyanide.”
― Brian McClellan, Promise of Blood
71 likes
Like

“The age of kings is dead, Adamat, and I have killed it.”
― Brian McClellan, Promise of Blood
37 likes
Like

August Fantasy -- This poll decides which two books will go into the run off poll for FANTASY BOTM for August 2016.

/r/Fantasy Discussion Group — 4848 members — last activity Jul 13, 2020 06:14PM
A place for readers/contributors of Reddit's /r/Fantasy subreddit to discuss books from the genre and see others' book lists and recommendations.

Joe Abercrombie
author of
The Blade...

Daniel Abraham
author of
A Game of...

Thanks for accepting my friend request. I must say I'm giddy to start reading The Autumn Republic on Tuesday.

Thanks for the friendship. I hope you're having a good and creative weekend. :)