Goodreads helps you follow your favorite authors. Be the first to learn about new releases!
Start by following Geoffrey Miller.
Follow Author

“Men write more books. Men give more lectures. Men ask more questions after lectures. Men post more e-mail to Internet discussion groups. To say this is due to patriarchy is to beg the question of the behavior's origin. If men control society, why don't they just shut up and enjoy their supposed prerogatives? The answer is obvious when you consider sexual competition: men can't be quiet because that would give other men a chance to show off verbally. Men often bully women into silence, but this is usually to make room for their own verbal display. If men were dominating public language just to maintain patriarchy, that would qualify as a puzzling example of evolutionary altruism—a costly, risky individual act that helps all of one's sexual competitors (other males) as much as oneself. The ocean of male language that confronts modern women in bookstores, television, newspapers, classrooms, parliaments, and businesses does not necessarily come from a male conspiracy to deny women their voice. It may come from an evolutionary history of sexual selection in which the male motivation to talk was vital to their reproduction.”
― Geoffrey Miller, The Mating Mind: How Sexual Choice Shaped the Evolution of Human Nature
tags: biology, feminism, psychology
38 likes
Like
“Imagine a young Isaac Newton time-travelling from 1670s England to teach Harvard undergrads in 2017. After the time-jump, Newton still has an obsessive, paranoid personality, with Asperger’s syndrome, a bad stutter, unstable moods, and episodes of psychotic mania and depression. But now he’s subject to Harvard’s speech codes that prohibit any “disrespect for the dignity of others”; any violations will get him in trouble with Harvard’s Inquisition (the ‘Office for Equity, Diversity, and Inclusion’). Newton also wants to publish Philosophiæ Naturalis Principia Mathematica, to explain the laws of motion governing the universe. But his literary agent explains that he can’t get a decent book deal until Newton builds his ‘author platform’ to include at least 20k Twitter followers – without provoking any backlash for airing his eccentric views on ancient Greek alchemy, Biblical cryptography, fiat currency, Jewish mysticism, or how to predict the exact date of the Apocalypse.

Newton wouldn’t last long as a ‘public intellectual’ in modern American culture. Sooner or later, he would say ‘offensive’ things that get reported to Harvard and that get picked up by mainstream media as moral-outrage clickbait. His eccentric, ornery awkwardness would lead to swift expulsion from academia, social media, and publishing. Result? On the upside, he’d drive some traffic through Huffpost, Buzzfeed, and Jezebel, and people would have a fresh controversy to virtue-signal about on Facebook. On the downside, we wouldn’t have Newton’s Laws of Motion.”
― Geoffrey Miller
tags: alchemy, asperger-s, asperger-s-syndrome, asperger-syndrome, author, awkwardness, backlash, clickbait, cryptography, depression, dignity, disrespect, diversity, eccentric, equity, expulsion, inclusion, inquisition, intellectual, isaac-newton, laws, literary-agent, mania, moods, mysticism, obsessive, offensive, outrage, paranoid, psychotic, publish, social-media, speech-codes, stutter, time-jump, time-travelling, twitter, universe, unstable, virtue-signal, virtue-signalling
26 likes
Like
“Existing political philosophies all developed before evolutionary game theory, so they do not take equilibrium selection into account. Socialism pretends that individuals are not selfish sexual competitors, so it ignores equilibria altogether. Conservatism pretends that there is only one possible equilibrium—a nostalgic version of the status quo—that society could play. Libertarianism ignores the possibility of equilibrium selection at the level of rational social discourse, and assumes that decentralized market dynamics will magically lead to equilibria that yield the highest aggregate social benefits. Far from being a scientific front for a particular set of political views, modern evolutionary psychology makes most standard views look simplistic and unimaginitive.”
― Geoffrey Miller, The Mating Mind: How Sexual Choice Shaped the Evolution of Human Nature
tags: evolution, politics
13 likes
Like
“Scientific theories never dictate human values, but they can often cast new light on ethical issues. From a sexual selection viewpoint, moral philosophy and political theory have mostly been attempts to shift male human sexual competitiveness from physical violence to the peaceful accumulation of wealth and status. The rights to life, liberty, and property are cultural inventions that function, in part, to keep males from killing and stealing from one another while they compete to attract sexual partners.”
― Geoffrey Miller, The Mating Mind: How Sexual Choice Shaped the Evolution of Human Nature
tags: ethics, evolution, politics, sex
10 likes
Like
“You may think that tax policy sounds like the most boring topic in the world. That is precisely what most governments, corporations, and special interests would like you to think, because tax policy is where much of society and the economy gets shaped. It is also where well-informed citizens can achieve socioeconomic revolutions with astonishing speed and effectiveness—but only if they realize how much power they might wield in this domain. If citizens don’t understand taxes, they don’t understand how, when, and where their government expropriates money, time, and freedom from their lives. They also don’t understand how most governments bias consumption over savings, and bias some forms of consumption over other forms, thereby distorting the trait-display systems that people might otherwise favor.”
― Geoffrey Miller, Spent: Sex, Evolution, and Consumer Behavior
8 likes
Like
“The ad does not say “Buy this!”; it says, “Be assured that if you buy and display this product, others are being well trained to feel ugly and inferior in your presence, just as you feel ugly and inferior compared with this goddess.”
― Geoffrey Miller, Spent: Sex, Evolution, and Consumer Behavior
6 likes
Like
“Ecologists have long understood that the typical interaction between any two individuals or species is neither competition nor cooperation, but neutralism. Neutralism means apathy: the animals just ignore each other. If their paths threaten to cross, they get out of each other’s way. Anything else usually takes too much energy. Being nasty has costs, and being nice has costs, and animals evolve to avoid costs whenever possible. […] If we were typical animals, our attitudes to others would be dominated not by hate, exploitation, spite, competitiveness, or treachery, but by indifference. And so they are.”
― Geoffrey Miller, The Mating Mind: How Sexual Choice Shaped the Evolution of Human Nature
5 likes
Like
“Thus, all ads effectively have two audiences: potential product buyers, and potential product viewers who will credit the product owners with various desirable traits.”
― Geoffrey Miller, Spent: Sex, Evolution, and Consumer Behavior
5 likes
Like
“David Buss has amassed a lot of evidence that human females across many cultures tend to prefer males who have high social status, good income, ambition, intelligence, and energy--contrary to the views of some cultural anthropologists, who assume that people vary capriciously in their sexual preferences across different cultures. He interpreted this as evidence that women evolved to prefer good providers who could support their families by acquiring and defending resources I respect his data enormously, but disagree with his interpretation.

The traits women prefer are certainly correlated with male abilities to provide material benefits, but they are also correlated with heritable fitness. If the same traits can work both as fitness indicators and as wealth indicators, so much the better. The problem comes when we try to project wealth indicators back into a Pleistocene past when money did not exist, when status did not imply wealth, and when bands did not stay in one place long enough to defend piles of resources. Ancestral women may have preferred intelligent, energetic men for their ability to hunt more effectively and provide their children with more meat. But I would suggest it was much more important that intelligent men tended to produce intelligent, energetic children more likely to survive and reproduce, whether or not their father stayed around. In other words, I think evolutionary psychology has put too much emphasis on male resources instead of male fitness in explaining women's sexual preferences.”
― Geoffrey Miller, The Mating Mind: How Sexual Choice Shaped the Evolution of Human Nature

We’d love your help. Let us know what’s wrong with this preview of The Mating Mind by Geoffrey Miller.

We’d love your help. Let us know what’s wrong with this preview of Spent by Geoffrey Miller.

We’d love your help. Let us know what’s wrong with this preview of Virtue Signaling by Geoffrey Miller.

We’d love your help. Let us know what’s wrong with this preview of Mate by Tucker Max. 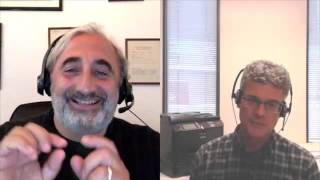