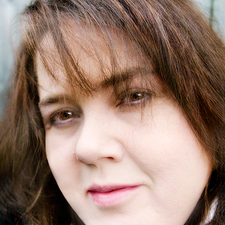 This will prevent Carmen from sending you messages, friend request or from viewing your profile. They will not be notified. Comments on discussion boards from them will be hidden by default.
Sign in to Goodreads to learn more about Carmen.

“Down here in the deep, dark South we know and live with the real world. Candy-Land idealism is quietlly suffocated in the relentless humidity. This is the world where fist meets face. This is where the calluses on a man's hand are bigger than his conscience, and dreams get drowned in sweat and tears.”
― Damien Echols, Life After Death
12 likes

“So the women would not forgive. Their passion remained intact, carefully guarded and nurtured by the bitter knowledge of all they had lost, of all that had been stolen from them. For generations they vilified the Yankee race so the thief would have a face, a name, a mysterious country into which he had withdrawn and from which he might venture again. They banded together into a militant freemasonry of remembering, and from that citadel held out against any suggestion that what they had suffered and lost might have been in vain. They created the Lost Cause, and consecrated that proud fiction with the blood of real men. To the Lost Cause they dedicated their own blood, their own lives, and to it they offered books, monographs, songs, acres and acres of bad poetry. They fashioned out of grief and loss an imaginary world in which every Southern church had stabled Yankee horses, every nick in Mama's furniture was made by Yankee spurs, every torn painting was the victim of Yankee sabre - a world in which paint did not stick to plaster walls because of the precious salt once hidden there; in which bloodstains could not be washed away and every other house had been a hospital.”
― Howard Bahr, The Black Flower: A Novel of the Civil War
tags: civil-war, southerners
7 likes

“I met a doctor the other night who told me he had always wanted to be a writer. I nodded. People always tell me that...Then I thought to myself, 'You know, I've never met a writer who wanted to be anything else. They might bitch about something they're writing or about their poverty, but they never say they want to quit...and if they do abandon it they become crazy, drunk or suicidal.' Writing is elemental.”
― Natalie Goldberg, Wild Mind: Living the Writer's Life
7 likes

“At night it is better still. I used to lie on the pallet in the hall waiting until I could hear them all asleep, so I could get up and go back to the bucket. It would be black, the shelf black, the still surface of the water a round orifice in nothingness, where before I stirred it awake with the dipper I could see maybe a star or two in the bucket, and maybe in the dipper a star or two before I drank. After that I was bigger, older.”
― William Faulkner, As I Lay Dying
3 likes

“Writing is the only way I have to explain my own life to myself.”
― Pat Conroy, My Reading Life
tags: blogging, journaling, reflection
40 likes

Anne Lamott
author of: Bird by Bird: Some Instructions on Writing and Life

Pat Conroy
author of: The Prince of Tides

William Faulkner
author of: The Sound and the Fury

Ernest Hemingway
author of: The Old Man and the Sea

Polls voted on by Carmen