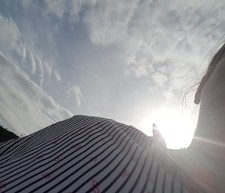 This will prevent Abstractelf from sending you messages, friend request or from viewing your profile. They will not be notified. Comments on discussion boards from them will be hidden by default.
Sign in to Goodreads to learn more about Abstractelf.

See all 4 books that Abstractelf is reading…

“Now, no complaining, Waxillium. It will help. I’ve put the list in this little book,” Steris said, producing a palm-sized notebook, “for ease of reference. Each page contains a conversation opener, indexed to the people it will likely work best upon. The numbers below list ways you could segue the conversation into useful areas and perhaps figure out what our targets are up to, and what their connection is to the Bands of Mourning.”
“I’m not socially incompetent, Steris,” Wax said. “I can make small talk.”
“I know that,” Steris said, “but I’d rather avoid an incident like the Cett party.…”
“Which Cett party?”
“The one where you head-butted someone.”
He cocked his head. “Oh, right. That smarmy little man with the ridiculous mustache.”
― brandon sanderson, The Bands of Mourning

“(...). You’re good at these things, Steris. You really are—and don’t give me any more of your rhetoric about being ‘boring.’”
Her expression grew distant. “In this case, it’s not that I’m boring, it’s more that … I’m off. I’ve learned to fake being normal, but lists of prepared comments and jokes can only take me so far. People can sense that I’m not being authentic—that I don’t like the things they like or think the way they do. Sometimes it amazes me that people like Wayne, or even those kandra, can be so startlingly human when I feel so alien.”
He wished he could figure out how to keep her from saying things like that. He didn’t know the right words; every time he tried to argue the point, it only seemed to make her withdraw.”
― brandon sanderson, The Bands of Mourning

“Thank you again,” Wax said to her. “I still can’t believe you snuck a gun into the party.”
“It’s only appropriate,” Steris said, “that you would make a smuggler out of me.”
“Just as you try to make a gentleman out of me.”
“You’re already a gentleman,” Steris said.
Wax looked down at her as she held to him while trying to stare in every direction at once. He suddenly found something burning in him, like a metal. A protectiveness for this woman in his arms, so full of logic and yet so full of wonder at the same time. And a powerful affection.
So he let himself kiss her. She was surprised by it, but melted into the embrace. They started to drift sideways and arc downward as he lost his balance on his anchors, but he held on to the kiss, letting them slip back down into the churning mists.”
― Brandon Sanderson, The Bands of Mourning

“What is a Gallagher Girl?
She's a genius, a scientist, a heroine, a spy... a Gallagher Girl is whatever she wants to be.”
― Ally Carter, United We Spy
tags: gallagher-girls, liz
254 likes

Polls voted on by Abstractelf