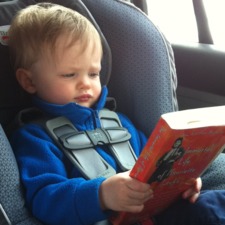 This will prevent Stacey from sending you messages, friend request or from viewing your profile. They will not be notified. Comments on discussion boards from them will be hidden by default.
Sign in to Goodreads to learn more about Stacey.

“The ability to have a friend, and to be a friend, is not unlike the ability to learn. Both are rooted in being accepting and open-minded with a talent for hard-work. If you are willing to stretch yourself, to risk yourself, if you are willing to love and honor and cherish the people who are important to you until one of you dies, then there will be great heartaches and even greater rewards.”
― Ann Patchett, This is the Story of a Happy Marriage
7 likes

“After those four years, he returned to the Midwest. He'd turned twenty-five, the Age of Unfolding, and it was time to write a novel, the way his hero had. He moved to a cheap apartment in Chicago and set to work, but even as the pages accumulated, despair set in. It was easy enough to write a sentence, but if you were going to create a work of art, the way Melville had, each sentence needed to fit perfectly with the one that preceded it, and the unwritten one that would follow. And each of those sentences needed to square with the ones on either side, so that three became five and five became seven, seven became nine, and whichever sentence he was writing became the slender fulcrum on which the whole precarious edifice depended. That sentence could contain anything, anything, and so it promised the kind of absolute freedom that, to Affenlight's mind, belonged to the artist and the artist alone. And yet that sentence was also beholden to the book's very first one, and its last unwritten one, and ever sentence in between. Every phrase, every word, exhausted him.”
― Chad Harbach, The Art of Fielding
3 likes

“This," he says, "is precisely what campfires are for. The sharing of stories. There's a spiritual connection between flame and narrative."

S. nods. He understands Stenfalk's proposition intuitively; we create stories to help us shape a chaotic world, to navigate inequities of power, to accept our lack of control over nature, over others, over ourselves.”
― Doug Dorst J. J. Abrams

“I did not care if Ella went to Princeton, if she was exceptionally pretty, if she grew up to marry a rich man, or really if she married at all - there were many incarnations of her I felt confident I could embrace, a hippie or a housewife or a career woman. But what I did care about, what I wanted most fervently, was for her to understand that hard work paid off, that decency begat decency, that humility was not a raincoat you occasionally pulled on when you thought conditions called for it, but rather a constant way of existing in the world, knowing that good luck and bad luck touched everyone and none of us was fully responsible for our fortunes or tragedies. Above all, I wanted my daughter to understand that many people were guided by bitterness and that it was best to avoid these individuals - their moods and behavior were a hornet's nest you had no possible reason to do anything other than bypass and ignore.”
― Curtis Sittenfeld, American Wife
28 likes

Kristopher Jansma
author of: The Unchangeable Spots of Leopards
More…

Polls voted on by Stacey