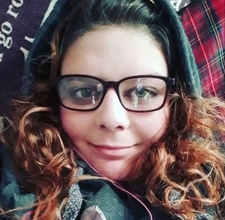 This will prevent Danielle from sending you messages, friend request or from viewing your profile. They will not be notified. Comments on discussion boards from them will be hidden by default.
Sign in to Goodreads to learn more about Danielle.

“Elena was strangely calm now, her mind a humming blank. She said no, of course she didn’t mind, and watched Caroline move away, a symphony in auburn and gold. Stefan went with her. There was a circle of faces around Elena; she turned from them and came up against Matt. “You knew he was coming with her.” “I knew she wanted him to. She’s been following him around at lunchtime and after school, and kind of forcing herself on him. But …” “I see.” Still held in that queer, artificial calm, she scanned the crowd and saw Bonnie coming towards her, and Meredith leaving her table. They’d seen, then. Probably everyone had. Without a word to Matt, she moved towards them, heading instinctively for the girls’ rest room. It was packed with bodies, and Meredith and Bonnie kept their remarks bright and casual while looking at her with concern. “Did you see that dress?” said Bonnie, squeezing Elena’s fingers secretly. “The front must be held on with superglue. And what’s she going to wear to the next dance? Cellophane?” “Cling film,” said Meredith. She added in a low voice, “Are you OK?” “Yes.” Elena could see in the mirror that her eyes were too bright and that there was one spot of colour burning on each cheek. She smoothed her hair and turned away.”
― L.J. Smith, The Awakening and The Struggle
3 likes

Polls voted on by Danielle