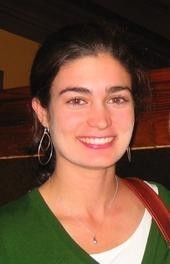 Elizabeth is currently reading
Adventures on the Wine Route: A Wine Buyer's Tour of France
by Kermit Lynch
bookshelves: currently-reading

Elizabeth is currently reading
The Watchers: A Secret History of the Reign of Elizabeth I
by Stephen Alford
bookshelves: currently-reading

See all 20 books that Elizabeth is reading…

The Devoted by Blair Hurley
5 highlights
You can’t run away from yourself.
See Elizabeth’s 11 books with notes and highlights…

“Never tell the truth to people who are not worthy of it.”
― Mark Twain
tags: truth
15697 likes

“An expert is a person who has made all the mistakes that can be made in a very narrow field.”
― Niels Bohr
tags: science
3863 likes

“It is not the critic who counts; not the man who points out how the strong man stumbles, or where the doer of deeds could have done them better. The credit belongs to the man who is actually in the arena, whose face is marred by dust and sweat and blood; who strives valiantly; who errs, who comes short again and again, because there is no effort without error and shortcoming; but who does actually strive to do the deeds; who knows great enthusiasms, the great devotions; who spends himself in a worthy cause; who at the best knows in the end the triumph of high achievement, and who at the worst, if he fails, at least fails while daring greatly, so that his place shall never be with those cold and timid souls who neither know victory nor defeat.”
― Theodore Roosevelt
tags: inspirational, politics, presidential
7107 likes

“He who has a why to live for can bear almost any how.”
― Friedrich Nietzsche
tags: how, life, purpose, questioning, questions, why
4561 likes

Wendy Brown-Baez
author of: Ceremonies of the Spirit

Mark Twain
author of: The Adventures of Huckleberry Finn

Alexandre Dumas
author of: The Count of Monte Cristo
More…