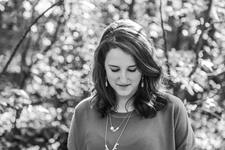 This will prevent Autumn from sending you messages, friend request or from viewing your profile. They will not be notified. Comments on discussion boards from them will be hidden by default.
Sign in to Goodreads to learn more about Autumn.

Autumn is currently reading
Do I Stay Christian?: A Guide for the Doubters, the Disappointed, and the Disillusioned
by Brian D. McLaren
bookshelves: currently-reading

Autumn is currently reading
We Too: Essays on Sex Work and Survival
by Natalie West
bookshelves: currently-reading

“History is storytelling,’” Yaw repeated. He walked down the aisles between the rows of seats, making sure to look each boy in the eye. Once he finished walking and stood in the back of the room, where the boys would have to crane their necks in order to see him, he asked, “Who would like to tell the story of how I got my scar?”

The students began to squirm, their limbs growing limp and wobbly. They looked at each other, coughed, looked away.

“Don’t be shy,” Yaw said, smiling now, nodding encouragingly. “Peter?” he asked. The boy who only seconds before had been so happy to speak began to plead with his eyes. The first day with a new class was always Yaw’s favorite.

“What story have you heard? About my scar?” Yaw asked, smiling still, hoping, now to ease some of the child’s growing fear.

Peter cleared his throat and looked at the ground. “They say you were born of fire,” he started. “That this is why you are so smart. Because you were lit by fire.”

Timidly, a boy named Edem raised his hand. “They say your mother was fighting evil spirits from Asamando.”

Then William: “I heard your father was so sad by the Asante loss that he cursed the gods, and the gods took vengeance.”

Another, named Thomas: “I heard you did it to yourself, so that you would have something to talk about on the first day of class.”

All the boys laughed, and Yaw had to stifle his own amusement. Word of his lesson had gotten around, he knew. The older boys told some of the younger ones what to expect from him.

Still, he continued, making his way back to the front of the room to look at his students, the bright boys from the uncertain Gold Coast, learning the white book from a scarred man.

“Whose story is correct?” Yaw asked them. They looked around at the boys who had spoken, as though trying to establish their allegiance by holding a gaze, casting a vote by sending a glance.

Yaw nodded. He sat in his chair at the front of the room and looked at all the young men. “This is the problem of history. We cannot know that which we were not there to see and hear and experience for ourselves. We must rely upon the words of others. Those who were there in the olden days, they told stories to the children so that the children would know, so that the children could tell stories to their children. And so on, and so on. But now we come upon the problem of conflicting stories. Kojo Nyarko says that when the warriors came to his village their coats were red, but Kwame Adu says that they were blue. Whose story do we believe, then?”

The boys were silent. They stared at him, waiting.

“We believe the one who has the power. He is the one who gets to write the story. So when you study history, you must always ask yourself, Whose story am I missing? Whose voice was suppressed so that this voice could come forth? Once you have figured that out, you must find that story too. From there, you begin to get a clearer, yet still imperfect, picture.”
― Yaa Gyasi, Homegoing
2 likes

“Words are, in my not-so-humble opinion, our most inexhaustible source of magic. Capable of both inflicting injury, and remedying it.”
― J.K. Rowling, Harry Potter and the Deathly Hallows
tags: dumbledore, power-of-words
2017 likes

“One day I was counting the cats and I absent-mindedly counted myself.”
― Bobbie Ann Mason, Shiloh and Other Stories
tags: cats
1697 likes

“I write because I don't know what I think until I read what I say.”
― Flannery O'Connor
459 likes

Polls voted on by Autumn