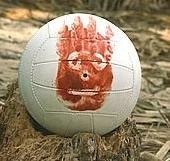 This will prevent ✓ali from sending you messages, friend request or from viewing your profile. They will not be notified. Comments on discussion boards from them will be hidden by default.
Sign in to Goodreads to learn more about ✓ali.

✓ali is currently reading
A Simple Guide to Being and Time
by Steven Foulds
bookshelves: currently-reading

✓ali is currently reading
The Disappearing Spoon: And Other True Tales of Madness, Love, and the History of the World from the Periodic Table of the Elements
by Sam Kean
bookshelves: currently-reading

“We know we are alive and know we will die. We also know we will suffer during our lives before suffering—slowly or quickly—as we draw near to death. This is the knowledge we “enjoy” as the most intelligent organisms to gush from the womb of nature. And being so, we feel shortchanged if there is nothing else for us than to survive, reproduce, and die. We want there to be more to it than that, or to think there is. This is the tragedy: Consciousness has forced us into the paradoxical position of striving to be unself-conscious of what we are—hunks of spoiling flesh on disintegrating bones.”
― Thomas Ligotti, The Conspiracy Against the Human Race: A Contrivance of Horror
4 likes

“Isolation, anchoring, distraction, and sublimation are among the wiles we use to keep ourselves from dispelling every illusion that keeps us up and running. Without this cognitive double-dealing, we would be exposed for what we are. It would be like looking into a mirror and for a moment seeing the skull inside our skin looking back at us with its sardonic smile. And beneath the skull—only blackness, nothing. Someone is there, so we feel, and yet no one is there—the uncanny paradox, all the horror in a glimpse. A little piece of our world has been peeled back, and underneath is creaking desolation—a carnival where all the rides are moving but no patrons occupy the seats. We are missing from the world we have made for ourselves. Maybe if we could resolutely gaze wide-eyed at our lives we would come to know what we really are. But that would stop the showy attraction we are inclined to think will run forever.8”
― Thomas Ligotti, The Conspiracy Against the Human Race: A Contrivance of Horror
4 likes

“[L]ife presents itself by no means as a gift for enjoyment, but as a task, a drudgery to be performed; and in accordance with this we see, in great and small, universal need, ceaseless cares, constant pressure, endless strife, compulsory activity, with extreme exertion of all the powers of body and mind. Many millions, united into nations, strive for the common good, each individual on account of his own; but many thousands fall as a sacrifice for it. Now senseless delusions, now intriguing politics, incite them to wars with each other; then the sweat and the blood of the great multitude must flow, to carry out the ideas of individuals, or to expiate their faults. In peace industry and trade are active, inventions work miracles, seas are navigated, delicacies are collected from all ends of the world, the waves engulf thousands. All push and drive, others acting; the tumult is indescribable. But the ultimate aim of it all, what is it? To sustain ephemeral and tormented individuals through a short span of time in the most fortunate case with endurable want and comparative freedom from pain, which, however, is at once attended with ennui; then the reproduction of this race and its striving. In this evident disproportion between the trouble and the reward, the will to live appears to us from this point of view, if taken objectively, as a fool, or subjectively, as a delusion, seized by which everything living works with the utmost exertion of its strength for some thing that is of no value. But when we consider it more closely, we shall find here also that it is rather a blind pressure, a tendency entirely without ground or motive.”
― Thomas Ligotti, The Conspiracy Against the Human Race: A Contrivance of Horror
2 likes

Polls voted on by ✓ali