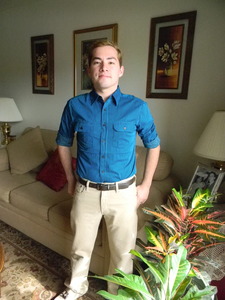 This will prevent Carlos from sending you messages, friend request or from viewing your profile. They will not be notified. Comments on discussion boards from them will be hidden by default.
Sign in to Goodreads to learn more about Carlos.

Carlos is currently reading
The Return of Great Power Rivalry: Democracy Versus Autocracy from the Ancient World to the U.S. and China
by Matthew Kroenig
bookshelves: non-fiction, philosophy-politics, currently-reading

“We use the metaphor of waves that rise and fall in societies, perhaps forgetting that the actual waves of the ocean are purely opportunistic, small irregularities in water that, snagging a fortunate gust, rise and break like monsters, for no greater cause than their own accidental invention.”
― Adam Gopnik
tags: 2017
0 likes

“The initial probability of there being a deity is not 50 percent, as some try to argue. This is a hidden assumption of agnosticism, which premises the thought that there is insufficient evidence to settle the matter either way. One can see this by asking what initial probability should be attached to the existence of (say) dryads or unicorns, or anything whose presence in myth, fable, legend and religion derives from what our remote ancestors handed down among their stories about the world. Whatever that probability is, if it is not 0 then it is vanishingly close to 0 – though it indeed seem odd even to say ‘the probability that unicorns exist is vanishingly small’. The mistake made by many is to think that because a particular tradition has been institutionalised in society, it increases the probability that the things it talks about actually exist.”
― Anthony Clifford Grayling
tags: the-god-argument
0 likes

“[T]he belief in men’s inherent sexual rigidity results in a bizarre circular logic: Men’s sexuality is rigid, hence heterosexual men do not engage in the same kind of homosexual contact that is possible for women; and when they do engage in homosexual contact, it must not be “sexual” because... men’s sexuality is rigid!”
― Jane Ward, Not Gay: Sex Between Straight White Men
0 likes

Polls voted on by Carlos