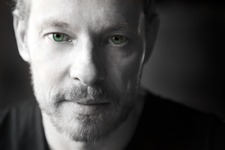 This will prevent Michael from sending you messages, friend request or from viewing your profile. They will not be notified. Comments on discussion boards from them will be hidden by default.
Sign in to Goodreads to learn more about Michael.

Michael Thomas is currently reading
Last and First Men: A Story of the Near and Far Future
by Olaf Stapledon
bookshelves: currently-reading

“There are two reasons why we don't trust people, First, we don't know them. Second, we know them.”
― Anonymus
tags: belief, believe, lies, trust
5 likes

“Progress isn't made by early risers. It's made by lazy men trying to find easier ways to do something.”
― Robert Heinlein
tags: efficiency, laziness, morning-people, progress
975 likes

“The things you own end up owning you. It's only after you lose everything that you're free to do anything.”
― Chuck Palahniuk, Fight Club
tags: freedom, materialism, posessions
887 likes

“It is too late! Ah, nothing is too late
Till the tired heart shall cease to palpitate.
Cato learned Greek at eighty; Sophocles
Wrote his grand Oedipus, and Simonides
Bore off the prize of verse from his compeers,
When each had numbered more than fourscore years,
And Theophrastus, at fourscore and ten,
Had but begun his Characters of Men.
Chaucer, at Woodstock with the nightingales,
At sixty wrote the Canterbury Tales;
Goethe at Weimar, toiling to the last,
Completed Faust when eighty years were past,
These are indeed exceptions; but they show
How far the gulf-stream of our youth may flow
Into the arctic regions of our lives.
Where little else than life itself survives.”
― Henry Wadsworth Longfellow, The Complete Poems of Henry Wadsworth Longfellow

“What the caterpillar calls the end of the world, the master calls a butterfly.”
― Richard Bach, Illusions: The Adventures of a Reluctant Messiah
tags: inspirational
476 likes

Polls voted on by Michael