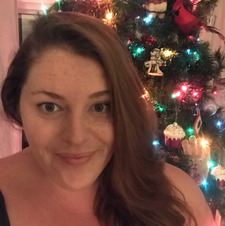 This will prevent Jordan from sending you messages, friend request or from viewing your profile. They will not be notified. Comments on discussion boards from them will be hidden by default.
Sign in to Goodreads to learn more about Jordan.

“I admire one to my left, the bronze sun is behind him as he falls, silhouetting him, immortalizing him in that singular moment—one I know I shall never forget—so that he looks like a Miltonian angel falling with wrath and glory. His exoskeleton sheds its friction armor, as Lucifer might have shed the fetters of heaven, feathers of flame peeling off, fluttering behind. Then a missile slashes the sky and high-grade explosives christen him mortal once again.”
― Pierce Brown, Golden Son
32 likes

“Now I am their sword. And I do not forgive. I do not forget. So let him lead me onto his shuttle. Let him think he owns me. Let him welcome into his house, so I might burn it down.
But then his daughter takes my hand, and I feel all the lies fall heavy on my shoulders. They say a kingdom divided against itself cannot stand. They made no mention of the heart.”
― Pierce Brown, Golden Son
tags: fantasy, science-fiction, young-adult
55 likes

“Society has three stages: Savagery, Ascendance, Decadence. The great rise because of Savagery. They rule in Ascendance. They fall because of their own Decadence."
He tells how the Persians were felled, how the Romans collapsed because their rulers forgot how their parents gained them an empire. He prattles about Muslim dynasties and European effeminacy and Chinese regionalism and American self-loathing and self-neutering. All the ancient names.
"Our Savagery began when our capital, Luna, rebelled against the tyranny of Earth and freed herself from the shackles of Demokracy, from the Noble Lie - the idea that men are brothers and are created equal."
Augustus weaves lies of his own with that golden tongue of his. He tells of the Goldens' suffering. The Masses sat on the wagon and expected the great to pull, he reminds. They sat whipping the great until we could no longer take it.
I remember a different whipping.
"Men are not created equal; we all know this. There are averages. There are outliers. There are the ugly. There are the beautiful. This would not be if we were all equal. A Red can no more command a starship than a Green can serve as a doctor!"
There's more laughter across the square as he tells us to look at pathetic Athens, the birthplace of the cancer they call Demokracy. Look how it fell to Sparta. The Noble Lie made Athens weak. It made their citizens turn on their best general, Alcibiades, because of jealousy.
"Even the nations of Earth grew jealous of one another. The United States of America exacted this idea of equality through force. And when the nations united, the Americans were surprised to find that they were disliked! The Masses are jealous! How wonderful a dream it would be if all men were created equal! But we are not.
It is against the Noble Lie that we fight. But as I said before, as I say to you now, there is another evil against which we war. It is a more pernicious evil. It is a subversive, slow evil. It is not a wildfire. It is a cancer. And that cancer is Decadence. Our society has passed from Savagery to Ascendance. But like our spiritual ancestors, the Romans, we too can fall into Decadence.”
― Pierce Brown, Red Rising
tags: america, americans, decadence, democracy, earth, society
42 likes

“In a world of killers, it takes more to be kind than to be wicked.”
― Pierce Brown
tags: golden-son, pierce-brown, red-rising-trilogy
63 likes

“Love doesn't need to last a lifetime for it to be real. You can't judge the quality of a love by the length of time it lasts. Everything dies, love included. Sometimes it dies with a person, sometimes it dies on its own. The greatest love story ever told doesn't have to be about two people who spent their whole lives together. It might be about a love that lasted two weeks or two months or two years, but burned brighter and hotter and more brilliantly than any other love before or after. Don't mourn a failed love; there is no such thing. All love is equal in the brain.”
― Krystal Sutherland, Our Chemical Hearts
141 likes

Michelle Leighton
author of: Down to You

Amalie Howard
author of: The Beast of Beswick

Polls voted on by Jordan