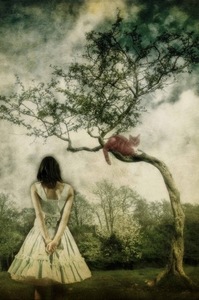 This will prevent Carrie from sending you messages, friend request or from viewing your profile. They will not be notified. Comments on discussion boards from them will be hidden by default.
Sign in to Goodreads to learn more about Carrie.

See all 5 books that Carrie is reading…

“Child, it's a very bad thing for a woman to face the worst that can happen to her, because after she's faced the worst she can't ever really fear anything again. ...Scarlett, always save something to fear— even as you save something to love...”
― Margaret Mitchell, Gone with the Wind
tags: fear, love, relationship
396 likes

“All I'm saying is, kindness don't have no boundaries.”
― Kathryn Stockett, The Help
tags: kindness
914 likes

“in a letter to the New York Times, Dr. Hans Neumann from the New Haven Department of Health noted that based on the projected scale of the immunizations, within two days of getting a flu shot, about 2,300 people would have a stroke and 7,000 would have a heart attack. “Why?” he asked. “Because that is the number statistically expected, flu shots or no flu shots.” Likewise, in the week following a flu vaccine, another 9,000 people would contract pneumonia, of whom 900 would die. These would certainly occur after a flu shot, but not as a consequence of it. “Yet,” wrote Neumann, “can one expect a person who received a flu shot at noon and who that same night had a stroke not to associate somehow the two in his mind?” Grandma got the flu vaccine in the morning, and she was dead in the afternoon. Although association does not equal causation, this thinking could lead to a public backlash against vaccinations that would threaten future programs.”
― Jeremy Brown, Influenza: The Hundred-Year Hunt to Cure the 1918 Spanish Flu Pandemic
3 likes

“Sometimes its necessary to embrace the magic, to find out what's real in life, and in one's own heart.”
― Sarah Addison Allen, First Frost
1296 likes

“As I stood outside in Cow Lane, it occurred to me that Heaven must be a place where the library is open twenty-four hours a day, seven days a week.

No ... eight days a week.”
― Alan Bradley, The Sweetness at the Bottom of the Pie

Erik Singer
author of: The Five People You Meet In Heaven

Polls voted on by Carrie