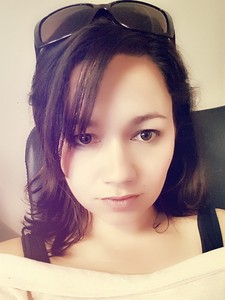 This will prevent Di from sending you messages, friend request or from viewing your profile. They will not be notified. Comments on discussion boards from them will be hidden by default.
Sign in to Goodreads to learn more about Di.

Hero at the Fall (Rebel of the Sands, #3) by Alwyn Hamilton
1 highlight
Oh, don’t tell me now is when you decide to turn coward on me. Your guts are one of the things that I actually like about you.

“I believe everything happens for a reason. Whether it is decided by the Mother, or the Cauldron, or some sort of tapestry of Fate, I don't know. I don't really care. But I am grateful for it, whatever it is. Grateful that it brought you all into my life. If it hadn't... I might have become as awful as that prick we're going to face today. If I had not met an Illyrian warrior-in-training," he said to Cassian, "I would not have known the true depths of strength, of resilience, of honor and loyalty." Cassian's eyes gleamed bright. Rhys said to Azriel, "If I had not met a shadowsinger, I would not have known that it is the family you make, not the one you are born into, that matters. I would not have known what it is to truly hope, even when the world tells you to despair." Azriel bowed his head in thanks.
Mor was already crying when Rhys spoke to her. "If I had not met my cousin, I would neer have learned that light can be found in even the darkest of hells. That kidness can thrive even amongst cruelty." She wiped away her teas as she nodded.
I waited for Amren to offer a retort. But she was only waiting.
Rhys bowed his head to her. "If I had not met a tiny monster who hoards jewels more fiercely than a firedrake..." A quite laugh from all of us at that. Rhys smiled softly. "My own power would have consumed me long ago."
Rhys squeezed my hand as he looked to me at last. "And if I had not met my mate..." His words failed him as silver lined his eyes.
He said down the bond, I would have waited five hundred more years for you. A thousand years. And if this was all the time we were allowed to have... The wait was worth it.
He wiped away the tears sliding down my face. "I believe that everything happened, exactly the way it had to... so I could find you." He kissed another tear away.”
― Sarah J. Maas, A Court of Wings and Ruin

“The brave aren’t called the brave because they weren’t scared, Elena, neither the courageous, nor the heroes. All of those people written in history have one thing in common: fear, and plenty of it, but that is when true courage shows itself”
― Adrienne Woods, Moonbreeze
tags: dragonian, inspirational, rubicon
4 likes

“To the stars who listen—and the dreams that are answered.”
― Sarah J. Maas, A Court of Mist and Fury
2826 likes

“We all change the world, with every day of living in it - Magnus Bane”
― Cassandra Clare, Born to Endless Night
tags: magnus, magnus-bane, shadowhunter-academy, simon-lewis
23 likes

Melanie (TBR and Beyond)

Annette Marie
author of: Three Mages and a Margarita

Polls voted on by Di