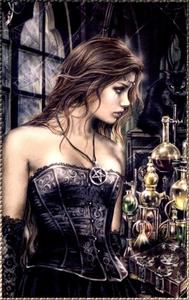 This will prevent Calisto from sending you messages, friend request or from viewing your profile. They will not be notified. Comments on discussion boards from them will be hidden by default.
Sign in to Goodreads to learn more about Calisto.

Calisto is currently reading
Parallel Worlds: A Journey through Creation, Higher Dimensions, and the Future of the Cosmos
by Michio Kaku
bookshelves: currently-reading

“Running a close second [as a writing lesson] was the realization that stopping a piece of work just because it's hard, either emotionally or imaginatively, is a bad idea. Sometimes you have to go on when you don't feel like it, and sometimes you're doing good work when it feels like all you're managing is to shovel shit from a sitting position.”
― Stephen King
tags: on-writing
278 likes

“Remember to always be yourself. Unless you suck.”
― Joss Whedon
tags: individuality
3691 likes

“There was a dragon who had a long-standing obsession with a queen's breasts," she said, growing breathless. "The dragon knew the penalty to touch her would mean death, yet he revealed his secret desire to the king's chief doctor. This man promised he could arrange for the dragon to satisfy his desire, but it would cost him one thousand gold coins." She spread her soapy hands over his nipples, then down his arms. "Though he didn't have the money, the dragon readily agreed to the scheme."

Grace," Darius moaned, his erection straining against her stomach.

She hid her smile, loving that she had this much power over such a strong man. That she, Grace Carlyle, made him ache with longing. "The next day the physician made a batch of itching powder and poured some into the queen's bra… uh, you might call it a brassiere… while she bathed. After she dressed, she began itching and itching and itching. The physician was summoned to the Royal Chambers, and he informed the king and queen that only a special saliva, if applied for several hours, would cure this type of itch. And only a dragon possessed this special saliva." Out of breath, she paused.

Continue," Darius said. His arms wound around her so tightly she could barely breathe. His skin blazed hot against hers, hotter than even the steamy water.

Well, the king summoned the dragon. Meanwhile, the physician slipped him the antidote for the itching powder, which the dragon put into his mouth, and for the next few hours, the dragon worked passionately on the queen's breasts.

Anyway," she said, reaching around him and lathering the muscled mounds of his butt, "the queen's itching was eventually relieved, and the dragon left satisfied and touted as a hero."

This does not sound like a joke," Darius said.

I'm getting to the punch line. Hang on. When the physician demanded his payment, the now satisfied dragon refused. He knew that the physician could never report what really happened to the king. So the next day, the physician slipped a massive dose of the same itching powder into the king's loincloth. And the king immediately summoned the dragon."
-Heart of the Dragon”
― Gena Showalter

Polls voted on by Calisto