Posted by Goodreads on September 3, 2018
35 likes · 7 comments
Fans of Courtney Summers know that she doesn't shy away from the dark side. Her previous books, including All the Rage and Some Girls Are, delve into tough issues like bullying, assault, and depression. This unflinching exploration continues in her latest novel, Sadie. In this YA mystery thriller, the eponymous heroine embarks on a journey to avenge her sister's untimely death. Her grim quest is documented by podcast producer West McCray, who hopes to stop her from committing her own act of horror by following the trail of bread crumbs she leaves behind.

Alternating between Sadie's point of view and West's transcripts, Summers tells a story that offers a gritty look at retribution and its consequences. Here Summers discusses the creative challenge of her narrative choices, her main character's dark motivations, and the problem with "missing-girl stories."

Courtney Summers: I really enjoy true crime, and I love how the category is largely committed to the search for truth and justice. At the same time, I wonder how well we're serving the narratives of victims who are often no longer around to speak for themselves and what, if any, personal cost comes from telling their stories. My work also tends to explore female pain and the way we consume it as a form of entertainment. I think this perpetuates the dangerous idea that a girl's suffering is only worth something to us if we're being entertained by it. There are a lot of missing-girl stories; I wanted to remind people that at the heart of them is a girl, and the moment we deny her that humanity, we lose some of our own.

GR: The story is told from two points of view: Sadie's and West McCray's. Why did you choose to structure it this way?

CS: Alternating perspectives between Sadie's close first-person point of view and West's podcast transcripts really gave me the opportunity to dig into the elements that inspired the book. Being able to contrast West and other people's perceptions of Sadie against her actual lived experiences was exciting. I loved exploring that tension. 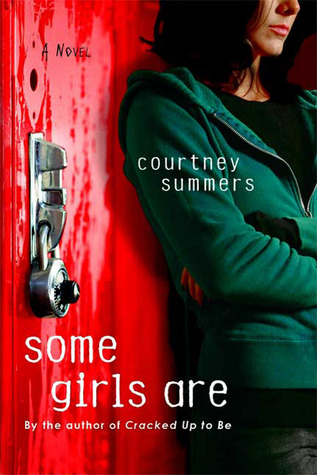 CS: Sadie is determined to find the man she believes murdered her little sister, Mattie, and she's occupying a deeply unsettling emotional space, but what's driven her to it—and what continues to drive her throughout the novel—is unconditional love. Sadie's reason for being has always been looking after Mattie; she loves Mattie more than anything in the world. With Mattie dead, the only thing Sadie can do is avenge her. It's a reckless and grim journey, but I think the foundation it's built upon is really powerful and pure.

GR: Throughout the novel, West McCray grows more and more invested in his coverage of Sadie's story. Can you give us some insight into what's motivating him?

CS: At first, West is reluctant to take Sadie's story on. He doesn't think a missing girl has much to offer an audience ("girls go missing all the time") and only investigates her disappearance at the urging of his boss. The more he uncovers about Sadie's life, the more invested he gets. So Sadie is what drives West, as she should, but his initial hesitance might come at a cost to both of them. It's that cost that inspired me to include him. In some ways, West is a mirror, and it's interesting to think what parts of him readers might see in themselves.

GR: What were the biggest challenges in writing Sadie? Were there any moments that surprised you?

CS: No surprises to speak of, but balancing two different perspectives was one of the most challenging and rewarding parts of writing Sadie. I had to make sure that both POVs maintained tension and propelled each other forward. It was tricky, but in the end (and with the help of my amazing editor), it came together in a way I'm really proud of. 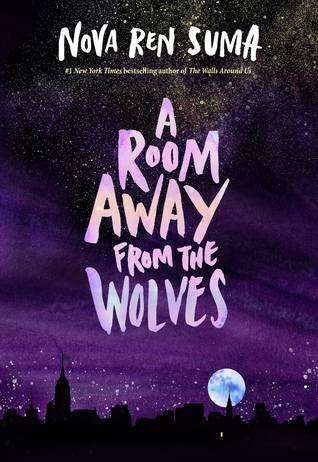 GR: How was writing Sadie different from writing your previous books?

CS: My previous books all kept to one tight, first-person perspective of its female leads and tended to be linear. Sadie has two perspectives taking place during two different points in time. Not only that, but I'd never incorporated an element like podcast scripts before! It was a bit of a creative leap for me, but I felt ready for it.

GR: What do you hope readers will take away from Sadie?

CS: I hope readers will find Sadie worth their time, but whatever they take away from her story is ultimately up to them. I think that's the wonderful thing about books: how deeply personal a reading experience can be. I love the idea of someone holding a piece of one of my novels in their heart because it resonated in a way that's entirely between them and its pages.

GR: What do you love about writing YA thrillers and YA contemporary fiction? Have you noticed any trends in these genres? And what do you hope to see more of?

CS: I love being able to explore dark, twisted, fictional landscapes, which is something I've done in both the thriller and general contemporary space. There's something endlessly fascinating to me about all the cruel possibilities people hold inside themselves, and while I'm less eager to encounter those possibilities in real life, they make for good stories. As far as trends, I don't think these are trends so much as they are mainstays in the thriller genre, but: unreliable narrators and that One Big Twist. If there's one thing I'd love to see more of it's the continuation of that no-holds-barred approach to gritty topics that I see more and more of with every new YA thriller released.

GR: What writing projects are you currently working on?

CS: I like to keep my current projects close to my chest, but if I do my job right, readers can expect something that'll leave them a little (a lot) broken!

GR: What YA books would you recommend to our readers?

CS: The Hazel Wood by Melissa Albert, Finding Yvonne by Brandy Colbert, Mirage by Somaiya Daud, Winner Take All by Laurie Devore, Tell Me Everything by Sarah Enni, The Way You Make Me Feel by Maurene Goo, Monday's Not Coming by Tiffany Jackson, When I Am Through With You by Stephanie Kuehn, Girls of Paper and Fire by Natasha Ngan, The Cheerleaders by Kara Thomas, A Date with Darcy by Tiffany Schmidt, A Room Away from the Wolves by Nova Ren Suma, Carve the Mark by Veronica Roth, Where She Fell by Kaitlin Ward, Sky in the Deep by Adrienne Young…is there a limit? Because I could do this all day.

GR: And because our readers can never have too many books, what's currently on your Want to Read shelf?

CS: His Hideous Heart edited by Dahlia Adler, The Weight of Stars by K. Ancrum, The Gilded Wolves by Roshani Chokshi, Enchantee by Gita Trelease, The Art of Losing by Lizzy Mason, and The Dark Descent of Elizabeth Frankenstein by Kiersten White, to name a few.

Courtney Summers' Sadie is now available. Don't forget to add it to your Want to Read shelf! Be sure to also read more of our exclusive author interviews, and get more great book recommendations.

Sadie is an unique, stunning story that resides on my 2018 Favorites Shelf!! I finished it a week or so ago and yet it's still preying on my mind. Great job lending a voice to these too often forgotten girls, Courtney! 5 Soul Searching Stars!!

I can't wait to read Sadie. I have heard so many good things about this book leading up to Release Day.

one of my favorite authors, of any genre. looking forward to that book that'll break me!

Sadie is really an amazing book and one of the best I've read this year. Highly recommended!

I'm currently listening to this book on audible and wow is it intense! It features a full cast (which I've never experienced in an audiobook previously), and really feels like a podcast with West's sections. Just started in this morning and looking forward to continuing with it!

Sadie was such a tense heartbreaking story. I loved how fast paced it was to read and kept you guessing!

I really loved the story and the format.. it flowed together really well 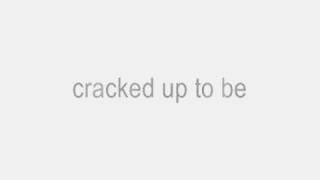