Thank you to everyone who helped me with this guide. I will update it from time to time as new GhostWalker books are released.
If you see any errors or have any ideas for adding to the guide please leave that in comments for me. Thank you.
A special thanks to Dana at Wicked Scribes!
GHOSTWALKER GUIDE 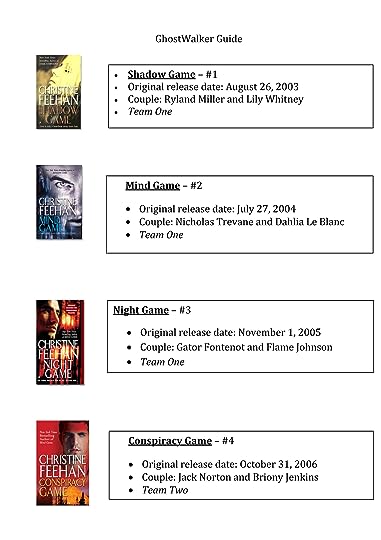 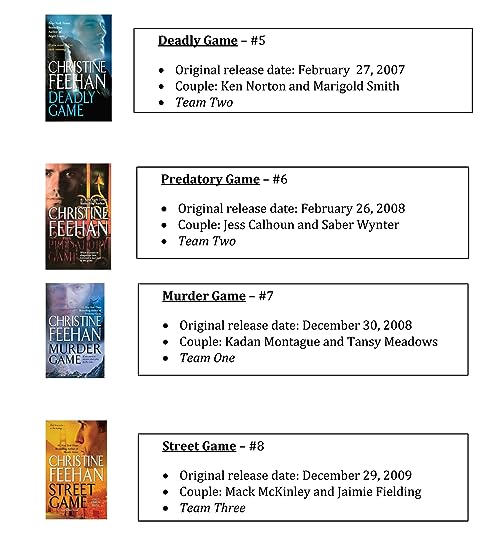 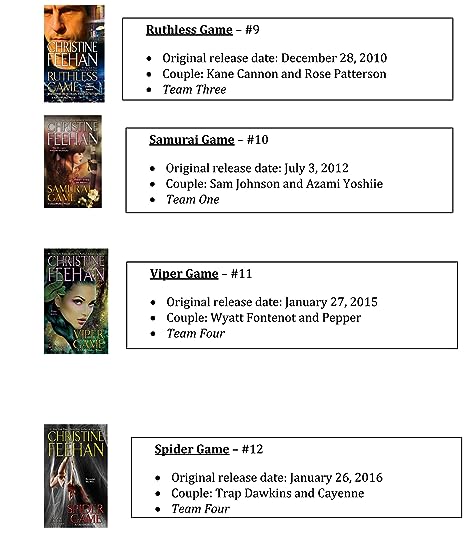 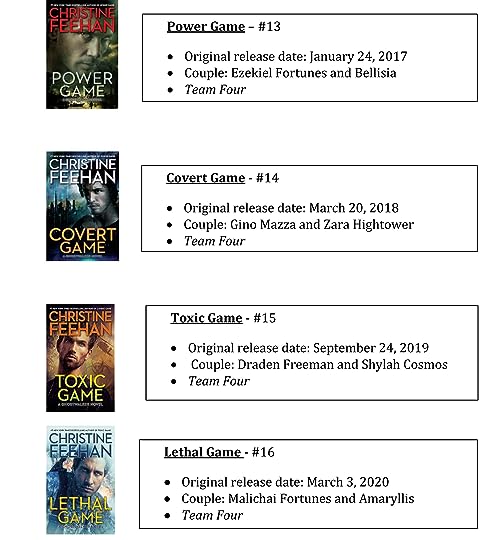 
Dr. Peter Whitney began his experiments on 12 little girls, children he found in orphanages around the world and brought back to his basement laboratory. While still very young, these girls were split up, going in very different directions. The one thing they all still have in common is that Whitney isn’t done with them yet…

Dahlia Le Blanc – kept in Sanitarium in the bayou. Works for the NCIS as a field operative. Paired with Nicholas “Nico” Trevane. Story told in Mind Game.

Iris “Flame” Johnson– kept in a lab in Colorado. Given a recurring form of cancer by Peter Whitney. Paired with Raoul “Gator” Fontenot. Story told in Night Game.

Ivy – put into the breeding program. Believed to have been shot and killed on orders of Peter Whitney.

Jonquille –Youngest of the original 12 girls in Whitney’s program. Was in the breeding program. Has psychic ability tied to lightning and energy. Paired with Rubin.

Violet Smythe-Freeman – married off to Senator Ed Freeman. Widowed. Believed to be paired with Peter Whitney.

-Team One-
This is the original GhostWalkers from Whitney’s experiments. They volunteered but then the experiments went awry, and they were held captive. The experiments caused pain and sometimes the psychic gifts were dangerous.

The team is made up of special forces including Army Rangers and Green Berets. They answer to General Ranier. They are located in Montana.

Jonas “Smoke” Harper – grew up in a circus family. High-wire specialist and pickpocket. Master of disguise.

Tom “Shark” Delaney – late edition to the team. Was the Murder Game player known as Scorpion. Husband of Angela Delaney.

Jeff Hollister – suffered a stroke and brain bleeds from the enhancements. 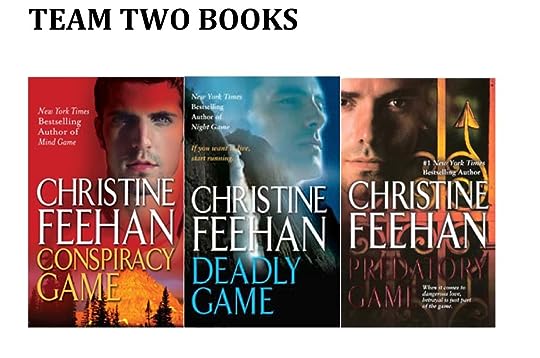 Team two is made up of Navy SEALS. This was Peter Whitney’s “back up” team. While team one was contained at the Donovans facility, team two was held in the basement facility under Whitney’s mansion…the same lab as the original 12 orphan girls. They are under command of Rear Admiral Frank Henderson, and have built a base with team one in the mountains of Montana.
LOCATION: MONTANA

Jesse Calhoun – NCIS agent. From a wealthy family. Brother of Patsy Calhoun. Spent months confined to a wheelchair after being tortured. Paired with Saber Wynter. Story told in Predatory Game.

Neil Campbell - Introduced in Deadly Game. Could do almost anything with sound. Can even kill with sound. He's considered the "soundman" for the team and can help with audio tech. Sniper.

Group three the Marine Force Recon Urban Warfare Team. They are unique in that they have been together since childhood. They formed their own family on the streets of Chicago, brought together by their shared psychic abilites. Some went on to college, while the rest joined the Marine Corps. They were reunited in the GhostWalker program, and specialize in Urban Warfare. They are under command of Sergeant Major Theodore Griffen. They make their base in San Francisco.

Brian Hutton – lived on the streets as a child. Sent undercover to guard Saber Wynter.

Ethan Myers Is hard to spot. Appears in Street Game. Considered a "dreamwalker". Likes to play cards. Admires Sergeant Major Theodore Griffen. Had to remove a chip from the sergeant major's hip. Was badly injured in Street Game.

Gideon Carpenter – top sniper. Never misses his target. Can see in the dark. Can hear like an owl. Telepathic. Hard to detect. Appears in Street Game.

Javier Enderman – brilliant but unpredictable. The most dangerous member of the team. Believed by some to be a psychopath.

Rhianna Bonds – Usually underestimated because of her looks. Does undercover work sometimes. Described as more of a tomboy, edgier. 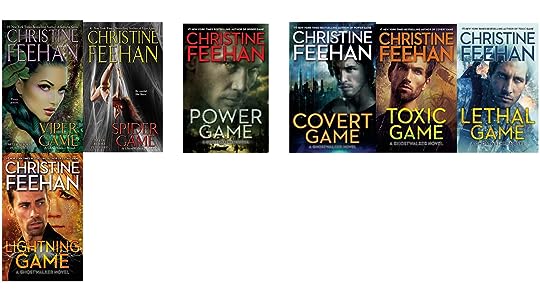 The existence of team four, the Elite Air Force Pararescue Team, was a closely guarded secret even from the other three teams. Completing hundreds of nearly impossible rescue missions, each of the men of the team are highly trained medics and skilled warriors. They have built their base in the bayou of Louisiana.

Rubin Campo- Grew up in the Appalachian Mountains. Brother is Diego. They’re mountain men who learned survival in a very small community in the woods. His mother and sister both died, leaving he and Diego to raise themselves. Paired with Jonquille.

Major General Tennessee Milton is the commander of Team 4.


The GhostWalker Symbol and Definitions 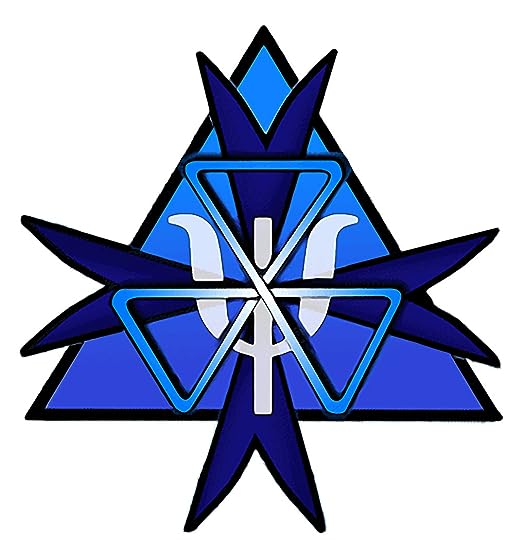 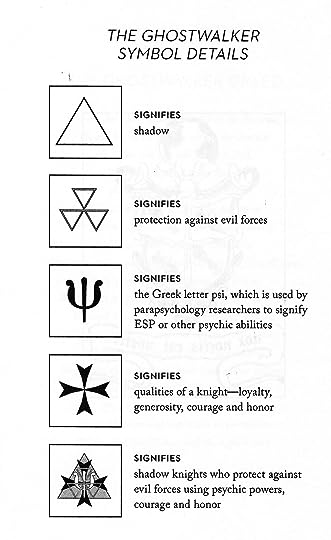 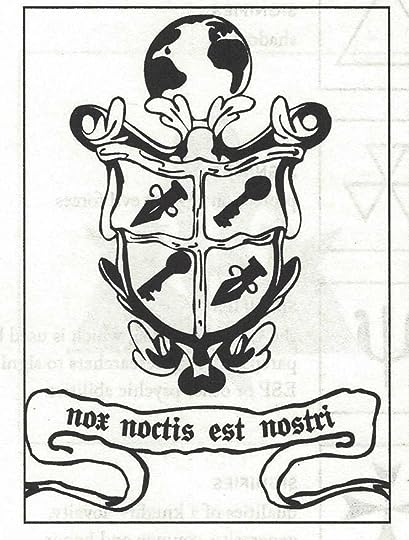 We are the GhostWalkers, we live in the shadows
The sea, the earth and the air are our domain
No fallen comrade will be left behind
We are loyalty and honor bound
We are invisible to our enemies and we destroy them where we find them
We believe in justice and we protect our country and those unable to protect themselves
What goes unseen, unheard and unknown are GhostWalkers
There is honor in the shadows and it is us
We move in complete silence whether in jungle or desert
We walk among our enemy unseen and unheard
Striking without sound and scatter to the winds before they have knowledge of our existence
We gather information and wait with endless patience for that perfect moment to deliver swift justice
We are both merciful and merciless
We are relentless and implacable in our resolve
We are the GhostWalkers and the night is ours


You can download the complete guide from my online community! You need to be signed in for the link to work. GHOSTWALKER GUIDE

Love this! Thank you!

This is awesome! Thank you so much.

I have read every single book, but this really helps tie everyone together. It is hard to remember who's who! Thank you so much for putting it all together!

Glad that stuff is being updated.

OMG this is a gift. Thank you!

Love all of this! I'm rereading the series this summer, if I come across anything to help, I'll be back!

I appreciate any and all help.
A more extensive GhostWalker Guide is about to be put on the Community under the GhostWalker Series page under "Goodies".

This is fantastic- I was re-reading Covert Game right before Lightening came out. Often I do that with a series to refresh my memory. I love all of them and try to keep little helpful guides like this of my own. You take good care of us and are so helpful to your readers!

Paul - Team 3 - His psychic surgeon skill is so secret it isn't even listed here.

Will there be more books in the Ghost Walker series?

Since gator and flame can not have children whitney storef sperm and eggs why not have him implant identical quadruplets in a surrogate and than ajail break by the guorls in one of the facilities near San Francisco who are desperate to escape 8 of them each taking a child and gators other 2 sons 9 months old and 21 month old. All the girls head to Frisco and the guys there all teams get involved and band together

while this is a good start for a list i have seen lists that were very comprehensive listing all the official Ghost walkers and the unofficial ones who are both allied with the four teams and those who were taken out as well as an accounting of various Peter Whitney supersoldiers and their individual enhancements as well as listing those enhancements that the Ghost walkers and the various orphaned girls weather currently paired with a ghost walker or not and their children based on the authors discri[ptions contained in each of the books. I was wondering if it would be of any help if we the readers helped Mrs. Feehan build the guide by enteering this information somewhere for her to have cross checked by a dedicated support staff of either her choosing. its something i thought could not only be very helpful by interactive for the readers and fans as well as giving something no matter how small back to Mrs. Feehan for her gifting us with in my opinion is a rare and unique series that covers more ground socially militarily scientifically medically technologically and romantically than any other series I have ever had the pleasure of reading. It would not only be a great honor but a privledge to help in this endeavor, each submition if this idea is accepted should contain the book and page numbers were said information came from so that those dedicated to insuring overall accuracy can cross check it and verify it before its added. like wise once the guide starts to fill out a check sheet could be posted with whats been covered and what still needs to be added per character. Mrs. Feehan is incredibly detailed in her writing and has gone very in depth with most of her characters which when added to the guide gives an amazing overview of the overall series, this could even be published for electronic distrubution to fans so they can add on to it as the series progresses. There is so much potential and no clear ending to the series (something I'm very pleased with and hope it remains so) and the possibilty of spin offs from the various unofficial Ghost walkers the teams have saved over the life of the series where our favorites could make appearances, see what i mean about potential lol. Anyway just my thoughts and opinions i hope this is helpful to some degree.

Christine wrote: "I appreciate any and all help.
A more extensive GhostWalker Guide is about to be put on the Community under the GhostWalker Series page under "Goodies"."
Am wondering if you have plans to write another book about team three. it appears as if you hinted at storylines involving Brian from team three and Jess Calhouns (from team two) sister and Javier and Rhianna from team three possibly being more than a passing aquaintence with Brian and Patsy and more than just family/team mates with Javier and Rhianna. Would love more books about teams 2&3 either way thank you for an amazing series that has gotten me through many sleepless nights. in my opinion one of the best miltary paranormal series out there and a must read for Vets just trying to reacclimate to a world we have been away from for so long.