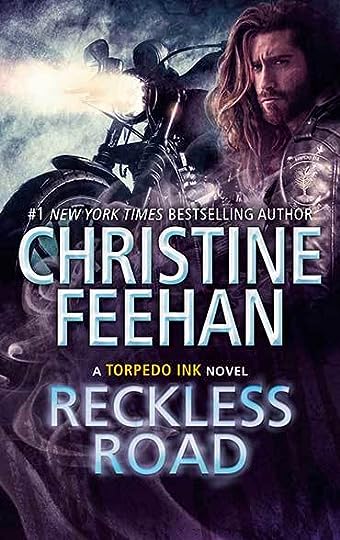 Reckless Road is different from the previous Torpedo Ink books in a few ways. There’s more paranormal in this one. And our hero, Player, is different. He’s a man set apart. That made me feel emotionally connected to him. I feel for Player. 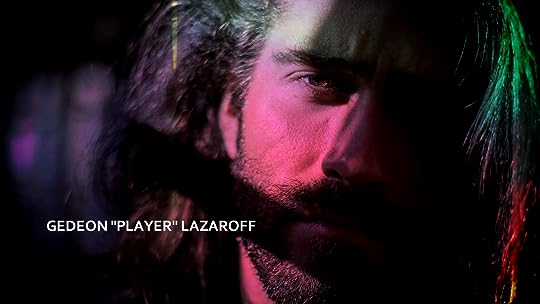 Sorbacov did a lot to make Player feel separated and different from the others. Once they’d escaped and destroyed the school, and Sorbacov, Player never really found a way to put himself back together. He still felt apart. He has his reasons for feeling as though he needs to be separate. He’s still part of Torpedo Ink and his brothers and sisters are everything to him, but the inherent danger he knows he brings with him make it difficult to embrace the family he’s chosen for himself and desperately cares about. 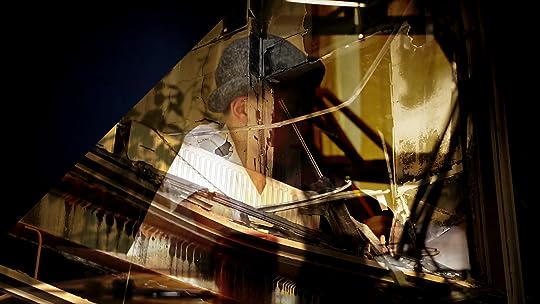 (Player makes a bomb as a child)

Player impressed me. First, he totally screws up with Zyah. But, he takes responsibility for what he did and he is determined to make things right. He’s finally found someone he can be with, who he can fully embrace and isn’t about to let that go.

Player is quietly courageous in a lot of ways. Yes, he’s a dangerous assassin just like the rest, but there’s a lot of darkness around him that the others know nothing about. He lives with that everyday and still manages to care more about others. About keeping them safe, even from himself. So, when Zyah and her grandmother find themselves in danger he’s determined to be the one to save them at any cost. 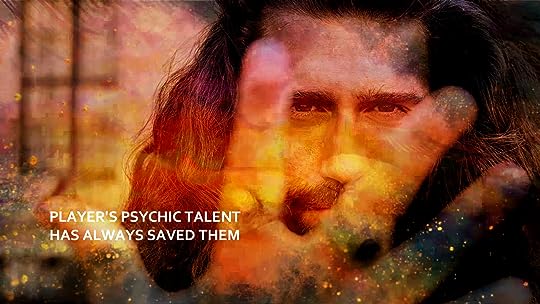 I love this character. There’s just something sexy about a quiet, dangerous man.

Next on my listening list. Its downloaded and ready to go!

I still feel drawn to Savage. Destroyer is also becoming a draw.
2 such strong but broken men. I think Savage sees himself in Destroyer, which is why he seems to fight ot keep him in the family circle.

I just finished Reckless Road. Christine has done very well with these characters, but I wasn't as drawn in as I have been with every other member of Torpedo Ink. Still, the story was well worth the wait.

Christine, who's story is next? Lana? Elaina? Storm? I see Pierce is getting dropped in unexpectedly.

I really loved Player's story, but Destroyer is by far the sexiest character in this series.

Master. Please may I kneel and serve? :)

I’m torn between Savage and Storm.

It seems to me that I have a new favourite each time a new book comes out!

I love all of the Torpedo ink books that I have read so far, I am about to begin Players story, there is a place in my heart for All of them but the one I find the Sexiest is Ice followed by Storm and Savage, can’t wait for their stories, might change my mind after I read Player’s book 😊

I have to say that I think so far Player is the sexiest. He knew he did wrong when he woke up and set about fixing it up. I loved when he went into Hannah's store to find something very special for Zyah. That part was so great. I really liked the response that Preacher had while in the store with him. I would love to see more of the sisters interacting with the rest group.

Reading Reckless Road and loving it, but can someone tell me what Bog means?

I am still in love with Reaper although Player is now a very close second. But after reading Player's book, I definitely need Savage's and Destroyer's books now! I cannot wait for theirs!

I'm loving Player's book. I laughed so hard reading chapter (13) when Preacher was in the store! LOL. You're going to love this book! I will finish this book soon. <3

Gotta say Czar is the sexiest- Oh how he knew his woman's heart and soul before bringing his brothers to Sea Haven. He knew Blythe would accept them and not judge them. The love and strong connection they had was put to the test but to have a man never give up on you like that, trust and believe in you with all his heart and soul.,..well, that is sexy. His love for all of them and the responsibility he feels while leading them is what draws me to his character more. Then of course Savage is second. < dangerous and wild but has a soft side no one would ever expect. Love that.

Sharon wrote: "Reading Reckless Road and loving it, but can someone tell me what Bog means?"
I had to look it up and if I guessed right, it means "God" in Russian. FYI :)

I loved Player’s story. I liked that it focused more on the supernatural and less on sexual kinks. I absolutely loved that this book crossed over into the Drake sister’s world which is still my favorite. Player felt very different than the other members’s stories thus far. More romantic and less sexual but also had a greater depth to it in my opinion. I’m really excited for Lana’s story. I don’t feel like I know the women in Torpedo Ink like I know the men. I would love to hear a story from their perspective.

Sharon wrote: "Reading Reckless Road and loving it, but can someone tell me what Bog means?"

I think it's sort of the Russian equivalent of God

Hard to say, but probably Reaper, Savage, or Destroyer

I think this is definitely a tie for me between Player and Absinthe because I absolutely loved them both. That being said, Destroyer and Savage are tied for second.