Discover new books on Goodreads
See if your friends have read any of R.B. Wood's books 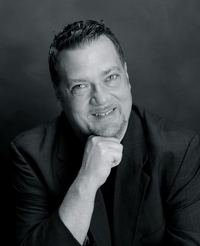 Born
in Huntington, The United States
Website
http://rbwood.com/dir
Twitter
rbwood
Genre
Horror, Fantasy, Thriller
Member Since
June 2010
URL
https://www.goodreads.com/rbwood
edit data
R. B. Wood is a recent MFA graduate of Emerson College and a writer of speculative and dark thrillers. Mr. Wood recently has appeared in Crystal Lake Publishing’s Shallow Water’s anthology, as well as online via SickLit Magazine & HorrorAddicts.net, and in the award-winning anthology “Offbeat: Nine Spins on Song” from Wicked ink Books. Along with his writing passion, R. B. is the host of The Word Count Podcast—a show of original flash fiction.

R. B. currently lives in Boston with his partner Tina, a multitude of cats, and various other critters that visit from time to time.

NOTE: This post originally appeared in issue #69 of Journey Planet

There is no doubt that Disney’s stewardship of the Star Wars��franchise has suffered from growing pains. Fan and critic reactions to the final two films of the Skywalker saga and the move away from Star Wars feature films are a clear testament to that fact. The one bright spot for Disney in the cinematic space was the one true�����w

“Are you always a smartass?'

“Writing a book is an adventure. To begin with it is a toy and an amusement. Then it becomes a mistress, then it becomes a master, then it becomes a tyrant. The last phase is that just as you are about to be reconciled to your servitude, you kill the monster and fling him to the public.”
― Winston Churchill
tags: writing
396 likes

“A good story is a good story no matter who wrote it.”
― Anne McCaffrey
346 likes

“Twenty years from now you will be more disappointed by the things that you didn't do than by the ones you did do. So throw off the bowlines. Sail away from the safe harbor. Catch the trade winds in your sails. Explore. Dream. Discover.”
― H. Jackson Brown Jr., P.S. I Love You
tags: actions, disappointed, disappointment, dream, dreams, explore, misattributed-mark-twain, sail
59025 likes

Q&A with Lindsay Buroker--Fantasy Author — 133 members — last activity May 05, 2020 09:56PM
Lindsay is answering your questions about writing, self-publishing, and her books.

The Genre Underground — 771 members — last activity Nov 28, 2018 12:39PM
Fitting the right book with the right reader. Bringing you the most cutting edge Fantasy, Science Fiction, and Horror that you want to read.

Hi R.B. and thanks for your friendship :D

Thanks for the friend request. NIce to meet you. :)