,
Discover new books on Goodreads
See if your friends have read any of Jay Bell's books 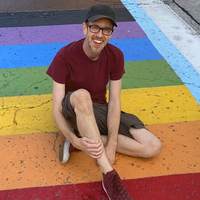 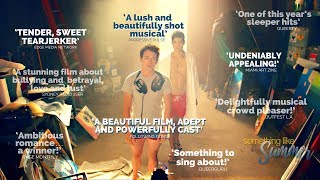 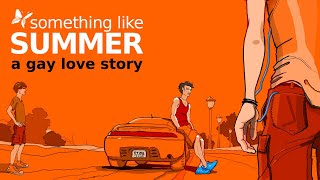 Benjamin Bentley…moreWe need to create some sort of character guide or family tree, don’t we? According to my notes, the birthdays of the protagonists are:

Looks like I didn’t give Nathaniel a specific day yet. Or maybe he just hasn’t informed me. Sort of like Marcello, who will only tell me that he’s about to turn fifty. ;)
(less)
flag
View all 4 comments
See all 61 answers from Jay Bell… 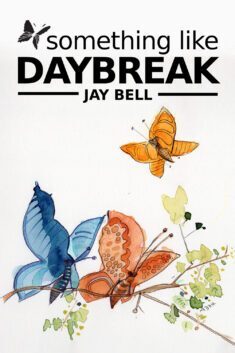 Something Like Daybreak, a new novella, is now out! This one takes place after all the other books in the series. I honestly didn’t plan on writing more, but characters have a way of whispering in your ear. (Marcello especially, along with some tongue.) This time it was Victor, who is usually content to remain in his clearing while contemplating the mysteries of the universe. Which is fine, but it

More of Jay's books…
Quotes by Jay Bell  (?)
Quotes are added by the Goodreads community and are not verified by Goodreads. (Learn more)
“Love isn’t meant to be hidden away and life is too short for shame.”
― Jay Bell, Something Like Summer
tags: kindlehighlight
245 likes
Like

“There’s a coward and a fool, and both of them are you, My heart is cracked and broken, but yours is frozen through.”
― Jay Bell, Something Like Summer
tags: kindlehighlight
120 likes
Like

“Teach me how to fly, my beautiful butterfly.”
― Jay Bell, Something Like Summer
tags: kindlehighlight
78 likes
Like

Which book should the YA LGBT Books group choose to read for our November Book of the Month?

“He drew a circle that shut me out-
Heretic, rebel, a thing to flout.
But love and I had the wit to win:
We drew a circle and took him In!”
― Edwin Markham
tags: friend, heretic, love, poem, rebel, wit
502 likes
Like

Hey guys! Today is the last day to get Something Like fall through the The Indiegogo campaign, which ends tonight at midnight PST. Anyone who contributes, no matter the amount, will receive the exclusive new story!

Behind on the movie news? Check out the following! 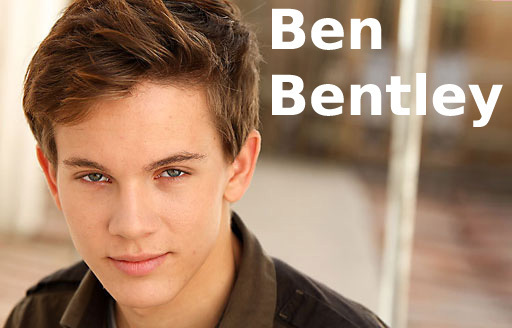 Benjamin Bentley is an out and proud teenager, who we see grow up over the course of twelve years, during which he meets two very special guys. Ben will be played by Austin McKenzie, who you can learn all about in this video. 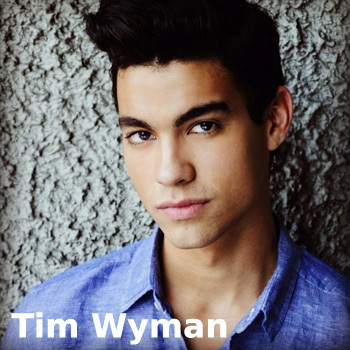 Tim Wyman meets Ben when they are teenagers, but he struggles with who he is. Their lives will intertwine over the years as he too evolves as a person. He’ll be played by Davi Santos, who you can see in action in this video. 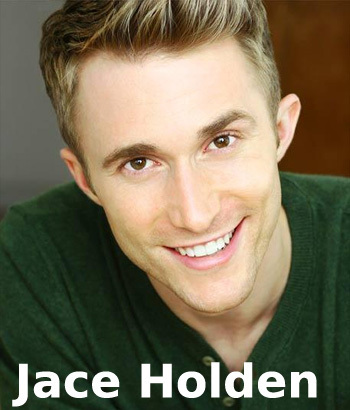 Patient, kind, world-wise, and charming, Jace Holden is the perfect guy, and for once, looks aren’t deceiving! He is Ben’s guiding light when they meet as adults. Fall head over heels with Ben Baur, who will be playing Jace, in this video here. 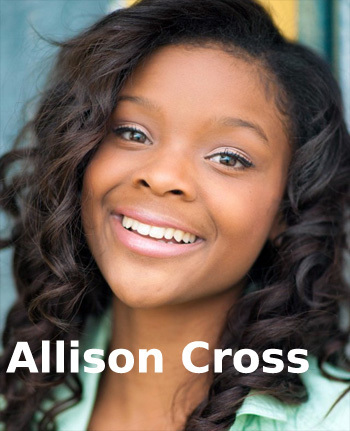 Allison Cross is Ben’s best friend, his rock even when the the seas aren’t stormy. She’ll be played by Ajiona Alexus, who is a talented singer, since music will feature in the movie. You can hear her wonderful voice in this video.

And finally, the plot of the movie summed up in five seconds. ;)

Thanks for the friendship!!

Jay wrote: "Thanks for the friend request, Natasha! I hope you have fun with Hell's Pawn when you read it. You've got a copy, right?"

Why yes I do, thanks! I asked for it when our blog put in the request. :)

Anna D. wrote: "Hallellujah!! An angel here at GR just told me that [spoilers removed] Phew!!!Thank you! It eases the pain quite a bit.

Your angel is almost correct, although it's not Purgatory. He's in a much better place than that! :)

Hallellujah!! An angel here at GR just told me that (view spoiler)[ I will be able to see Jace - in purgatory - in the book Hell's Pawn (hide spoiler)] Phew!!!Thank you! It eases the pain quite a bit.

Btw, I'm really not crazy. I'm truly a normal person - though I tend to care about some of the characters I "meet" in my books.

Anna D. wrote: "Thanks for being my GR friend!!

Just FYI, Your Seasons series is DESTROYING ME!!! I can't tell you how much and how long I cried over Jace in SLS and as I'm reading SLA now..I cry [spoilers remov..."

I'm happy you're enjoying the books, Anna, although I feel a little guilty that they are destroying you. I'll send you some Band-Aids in the mail. They should hold you together enough to get through Autumn! ;)

Thanks for being my GR friend!!

Just FYI, Your Seasons series is DESTROYING ME!!! I can't tell you how much and how long I cried over Jace in SLS and as I'm reading SLA now..I cry (view spoiler)[ for Victor, for Jace's loss, and (hide spoiler)] in anticipation of the ending even if the page I'm reading isn't even remotely sad!

Salsera1974 wrote: "Thanks for accepting my friend request!"

Thanks for accepting my friend request!

Ab2y wrote: "Thank you for accepting my request :) love your books ."

Thank you for accepting my request :) love your books .

Jay wrote: "Jake wrote: "Thanks for adding me and officially letting me stalk you =D"

My pleasure! Be sure to bring stilts if you stalk me in person. I live on the 4th floor of my building. ;)"

I'll be sure to make a trip to Germany, purchase some tall stilts and do just that ;P Although would you mind moving down to maybe the 3rd or 2nd floor? I feel the fourth is a tad taller even for stilts haha

Jake wrote: "Thanks for adding me and officially letting me stalk you =D"

My pleasure! Be sure to bring stilts if you stalk me in person. I live on the 4th floor of my building. ;)

Thanks for adding me and officially letting me stalk you =D

Happy Birthday! Have a wonderful day with lots of presents and cake :)

Thanks for the friend request! Look forward to talking to you more! Jay

Hi Jay! It was awesome meeting you, too! Hope to see you again soon. And let's plan to sit together again at next year's Lambdas. If we don't sweep, we can vacuum. haha

Jay thanks for accepting my friend request. Isn't she a cutie... Hugs Jay.

Thanks for accepting the friend request :)

Thanks for accepting the friend request!

Jay - Thank you for the friendship!

Thanks for the accept.

Charles wrote: "Thanks for the friending, Jay :-)

I'm pleased to find your books on iTunes. I got 'em all last night!"

Thanks, Charles! That's very kind of you. Do you read them on your iPad or iPhone? I haven't had an opportunity to read on either of those devices yet.

Thanks for the friending, Jay :-)

I'm pleased to find your books on iTunes. I got 'em all last night!

My pleasure. It's good to meet you!

Okay, I've been to Stuttgart. Yeah we're about 30 mins from Nurnberg. Nice to meet you also...

I'm in Esslingen myself, which isn't too far away from Stuttgart. I've never been to Bamberg, but I've visited Nürnberg a few times. Nice to meet you! =)

Jay, thanks for the add. Where are you at in Germany? I'm in Bamberg. It really is a beautiful country. Good luck with your book. Thanks again...Leaundra