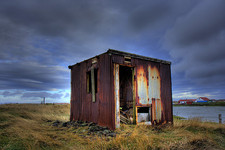 This will prevent Rusty from sending you messages, friend request or from viewing your profile. They will not be notified. Comments on discussion boards from them will be hidden by default.
Sign in to Goodreads to learn more about Rusty.

See all 12 books that Rusty is reading…

“If you've got them by the balls, their hearts and minds will follow.”
― Theodore Roosevelt
tags: diplomacy, intimidation
236 likes

“They who can give up essential liberty to obtain a little temporary safety deserve neither liberty nor safety.”
― Benjamin Franklin, Memoirs of the life & writings of Benjamin Franklin
tags: freedom, liberty, privacy, safety, security
3333 likes

“I hope we once again have reminded people that man is not free unless government is limited. There's a clear cause and effect here that is as neat and predictable as a law of physics: As government expands, liberty contracts.”
― Ronald Reagan
tags: liberty, limited-government, scope-of-government
208 likes

“It is not the critic who counts; not the man who points out how the strong man stumbles, or where the doer of deeds could have done them better. The credit belongs to the man who is actually in the arena, whose face is marred by dust and sweat and blood; who strives valiantly; who errs, who comes short again and again, because there is no effort without error and shortcoming; but who does actually strive to do the deeds; who knows great enthusiasms, the great devotions; who spends himself in a worthy cause; who at the best knows in the end the triumph of high achievement, and who at the worst, if he fails, at least fails while daring greatly, so that his place shall never be with those cold and timid souls who neither know victory nor defeat.”
― Theodore Roosevelt
tags: inspirational, politics, presidential
7622 likes

Obsessed with True Crime — 4535 members — last activity 29 minutes ago
For people that simply love true crime stories and want to connect with others that share a common interest.

Polls voted on by Rusty