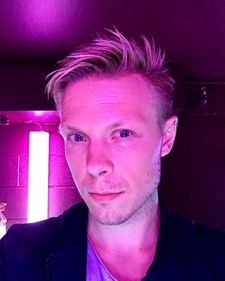 This will prevent James from sending you messages, friend request or from viewing your profile. They will not be notified. Comments on discussion boards from them will be hidden by default.
Sign in to Goodreads to learn more about James.

James is currently reading
The Precipice: Existential Risk and the Future of Humanity
by Toby Ord (Goodreads Author)
bookshelves: currently-reading

“The people who must never have power are the humorless. To impossible certainties of rectitude they ally tedium and uniformity.”
― Christopher Hitchens, Arguably: Selected Essays
tags: humor, power, totalitarianism, tyranny
36 likes

“And those who were seen dancing were thought to be insane by those who could not hear the music.”
― Friedrich Nietzsche
tags: dance, music
10086 likes

“The problem is that moderates of all faiths are committed to reinterpreting, or ignoring outright, the most dangerous and absurd parts of their scripture—and this commitment is precisely what makes them moderates. But it also requires some degree of intellectual dishonesty, because moderates can’t acknowledge that their moderation comes from outside the faith. The doors leading out of the prison of scriptural literalism simply do not open from the inside. In the twenty-first century, the moderate’s commitment to scientific rationality, human rights, gender equality, and every other modern value—values that, as you say, are potentially universal for human beings—comes from the past thousand years of human progress, much of which was accomplished in spite of religion, not because of it. So when moderates claim to find their modern, ethical commitments within scripture, it looks like an exercise in self-deception. The truth is that most of our modern values are antithetical to the specific teachings of Judaism, Christianity, and Islam. And where we do find these values expressed in our holy books, they are almost never best expressed there. Moderates seem unwilling to grapple with the fact that all scriptures contain an extraordinary amount of stupidity and barbarism that can always be rediscovered and made holy anew by fundamentalists—and there’s no principle of moderation internal to the faith that prevents this. These fundamentalist readings are, almost by definition, more complete and consistent—and, therefore, more honest. The fundamentalist picks up the book and says, “Okay, I’m just going to read every word of this and do my best to understand what God wants from me. I’ll leave my personal biases completely out of it.” Conversely, every moderate seems to believe that his interpretation and selective reading of scripture is more accurate than God’s literal words. Presumably, God could have written these books any way He wanted. And if He wanted them to be understood in the spirit of twenty-first-century secular rationality, He could have left out all those bits about stoning people to death for adultery or witchcraft. It really isn’t hard to write a book that prohibits sexual slavery—you just put in a few lines like “Don’t take sex slaves!” and “When you fight a war and take prisoners, as you inevitably will, don’t rape any of them!” And yet God couldn’t seem to manage it. This is why the approach of a group like the Islamic State holds a certain intellectual appeal (which, admittedly, sounds strange to say) because the most straightforward reading of scripture suggests that Allah advises jihadists to take sex slaves from among the conquered, decapitate their enemies, and so forth.”
― Sam Harris, Islam and the Future of Tolerance: A Dialogue
16 likes

Polls voted on by James