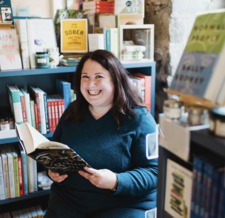 See all 18 books that Ashley is reading…

“You want weapons? We're in a library! Books! The best weapons in the world!”
― Steven Moffat
tags: doctor-who
674 likes

Demons run, but count the cost
The battle's won, but the child is lost”
― Steven Moffat

BookTube 2018! — 9496 members — last activity 2 hours, 12 min ago
For those of us who love GoodReads AND YouTube! Do you review novels on YouTube? Come join the group!