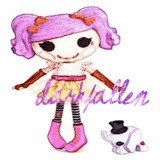 This will prevent Darkfallen from sending you messages, friend request or from viewing your profile. They will not be notified. Comments on discussion boards from them will be hidden by default.
Sign in to Goodreads to learn more about Darkfallen.

See all 19 books that Darkfallen is reading…

“He had a bleeding cut on his leg and he smelled like shit.
Her nose wrinkled. "Step in something?" she asked innocently.
"That I did not mind." He took a menacing step toward her. "What I did mind was being hit by a cab, then landing on the lap of a naked man. With an erection, Anya. He had an erection.”
― Gena Showalter, The Darkest Kiss

“I know we're fucked up, alright? I'm impulsive, and hot tempered, and you get under my skin like no one else. You act like you hate me one minute, and then need me the next. I never get anything right, and I don't deserve you...but I fucking love you, Abby. I love you more than I loved anyone or anything ever. When you're around, I don't need booze, or money, or the fighting, or the one-night stands...”
― Jamie McGuire, Beautiful Disaster
tags: love
2831 likes

“You know why I want you? I didn’t know I was lost until you found me. I didn’t know what alone was until the first night I spent without you in my bed. You’re the one thing I’ve got right. You’re what I’ve been waiting for, Pigeon.”
― Jamie McGuire, Beautiful Disaster
1722 likes

“I'm glad you're better," he said. His mouth sounded like it was almost in my hair, just above my my ear. "When I saw you fall..."
"You thought, 'Wow, she's a loser.”
― Richelle Mead, Vampire Academy
tags: richelle-mead, rose-hathaway, vampire-academy
303 likes

“This is where you belong, Calla.” He pulled me closer, tilting my chin up. “Be with me. Tell me it’s what you want.”
I couldn’t tear my eyes from his. “What I want?”
“Yes. Anything, everything you need, I’ll give you. Always. I promise. Just tell me one thing.”
“What?”
“That you want this, us.” His voice dropped so low I could barely hear him. “That someday you’ll love me.”
My hands began to tremble where they rested around his neck. “Ren, you know we’re going to be together. We’ve both known that for a long time.”
He gave me a hard look. “That’s not what I’m talking about.”
“Why are you asking me this?” I tried to pull back, but he held me against him.
The glimmer of a smile appeared on his lips. “Why not?”
My temper flared. “Are you trying to say that you love me?”
I meant it as a challenge rather than a serious question, but his eyes seemed to catch fire.
“What do you think?” He touched his lips to mine, softly at first, gradually building pressure, parting them.”
― Andrea Cremer, Nightshade

The last book you could read!

Polls voted on by Darkfallen