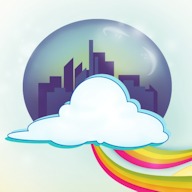 This will prevent Bitsy from sending you messages, friend request or from viewing your profile. They will not be notified. Comments on discussion boards from them will be hidden by default.
Sign in to Goodreads to learn more about Bitsy.

Error rating book. Refresh and try again.
Rate this book
Clear rating
1 of 5 stars2 of 5 stars3 of 5 stars4 of 5 stars5 of 5 stars
progress:    (page 68 of 571) "Let me start by saying that “The House of Mechanical Pain” really resonated strongly with me. I really empathized with the female character in this one, and I will get into why in just a sec, but if that skewed my review of this story so be it. http://fabula.exlibrisbitsy.com/revie..." — Sep 01, 2011 10:52AM

“I am as silent as death. Do this: Go to your bedroom. Your nice, safe, warm bedroom that is not a glass coffin behind a morgue door. Lie down on your bed not made of ice. Stick your fingers in your ears. Do you hear that? The pulse of life from your heart, the slow in-and-out from your lungs? Even when you are silent, even when you block out all noise, your body is still a cacophony of life. Mine is not. It is the silence that drives me mad. The silence that drives the nightmares to me. Because what if I am dead? How can someone without a beating heart, without breathing lungs live like I do? I must be dead. And this is my greatest fear: After 301 years, when they pull my glass coffin from this morgue, and they let my body thaw like chicken meat on the kitchen counter, I will be just like I am now. I will spend all of eternity trapped in my dead body. There is nothing beyond this. I will be locked within myself forever. And I want to scream. I want to throw open my eyes wake up and not be alone with myself anymore, but I can't. I can't.”
― Beth Revis, Across the Universe
tags: beautiful, fear, hopelessness, monologue
50 likes

“Pimps make the best librarians. Psycho killers, the worst. Ditto conmen. Gangsters, gun runners, bank robbers – adept at crowd control, at collaborating with a small staff, at planning with deliberation and executing with contained fury – all possess the librarian’s basic skill set. Scalpers and loan sharks certainly have a role to play. But even they lack that something, the je ne sais quoi, the elusive it. What would a pimp call it? Yes: the love.”
― Avi Steinberg, Running the Books: The Adventures of an Accidental Prison Librarian
5 likes

“He was shockingly easy to follow. The pressure of his hand, the step of his foot, the angle of his frame... it was like reading his mind. When he leaned right, they turned in perfect unison. He swept her across the gallery in a quick three, a dizzying pace. Gilded frames and glass cases and the window blurred in her vision, and Azalea spun out, her skirts pulling and poofing around her, before he caught her and brought her back into dance position. She could almost hear music playing, swelling inside of her.

Mother had once told her about this perfect twining into one. She called it interweave, and said it was hard to do, for it took the perfect matching of the partners’ strengths to overshadow each other’s weaknesses, meshing into one glorious dance. Azalea felt the giddiness of being locked in not a pairing, but a dance. So starkly different than dancing with Keeper. Never that horrid feeling that she owed him something; no holding her breath, wishing for the dance to end. Now, spinning from Mr. Bradford’s hand, her eyes closed, spinning back and feeling him catch her, she felt the thrill of the dance, of being matched, flow through her.

“No matter how bad things get, you can always see the beauty in them. The worse things get, the more you have to make yourself see the magic in order to survive.”
― Francesca Lia Block, Pink Smog
28 likes

“Look at us. Amps. We're morons smarter than Lucifer. Cripples stronger than gravity. A bunch of broke-ass motherfuckers stinking rich with potential. This is our army. Our people. Strong and hurt. We're the wounded supermen of tomorrow, Gray. It's time you got yourself healed. New world ain't gonna build itself. And the old world don't want to go without a fight.”
― Daniel H. Wilson, Amped
6 likes

Arthur Conan Doyle
author of: A Study in Scarlet
More…

Polls voted on by Bitsy